For 15 years, the US Department of Energy has held the “Solar Decathlon,” a student competition which showcases sustainable technologies in the home.  Teams from around the world come together and build functional solar-powered houses from the ground up, then use those houses for two weeks.  The houses are then graded on ten different aspects of their design, with the largest combined score being the winner.  The competition has been happening approximately biennially since 2002.  This year it’s in Denver, Colorado at the University of Colorado.

The best part is: all of this is free and open to the public.  Every house is open for tours and knowledgeable students are on hand and ready to answer questions about their projects, and there is a “sustainability expo” with company booths focused on sustainability.  There are even workshops, an electric vehicle ride-and-drive (only Oct 14th 11am-3pm), and a career fair (Oct 10th 12-3pm).  Public visiting hours are 11am-7pm most days (1-7pm Monday Oct 9), though the Decathlon is closed to the public on Tuesday and Wednesday (Oct 10-11).  See the full list of things to do here.

If you can’t attend, there will be a “virtual visit” available through the Solar Decathlon website starting Thursday.

The ten aspects of the house designs taken into consideration for the competition are:

Some of these contests are decided by a jury, whereas others are measured.  For example, for the market potential contest, a jury takes into account the “target market” for the home and whether the design and cost is realistic, the “appliances” contest makes sure the fridge stays cold and the shower water stays hot for several showers per day, and the “home life” contest gives points for keeping the lights on, charging and driving an electric vehicle off the home’s power generation capability, and even has the teams host dinner parties for other teams in the competition.

Nate Heckman (center) of University at Buffalo, The State University of New York gives a tour of the GRoWlarium, which utilizes a solarium and a green house into the living quarters of their home at the U.S. Department of Energy Solar Decathlon at the Orange County Great Park, Irvine, California Saturday, Oct. 10, 2015. (Credit: Thomas Kelsey/U.S. Department of Energy Solar Decathlon)

Having the teams actually build real working versions of their houses and host tours and events in them exposes the houses to real world challenges which can be quite hard to overcome.  For example, last year the competition happened during a heat wave, which challenged the teams’ cooling systems and solar power usage, especially since doors had to be open during the day while the public toured the buildings.  This year the assembly site has experienced a lot of rain during construction, with wet ground adding to the already-difficult challenge of building a working home in less than two weeks. 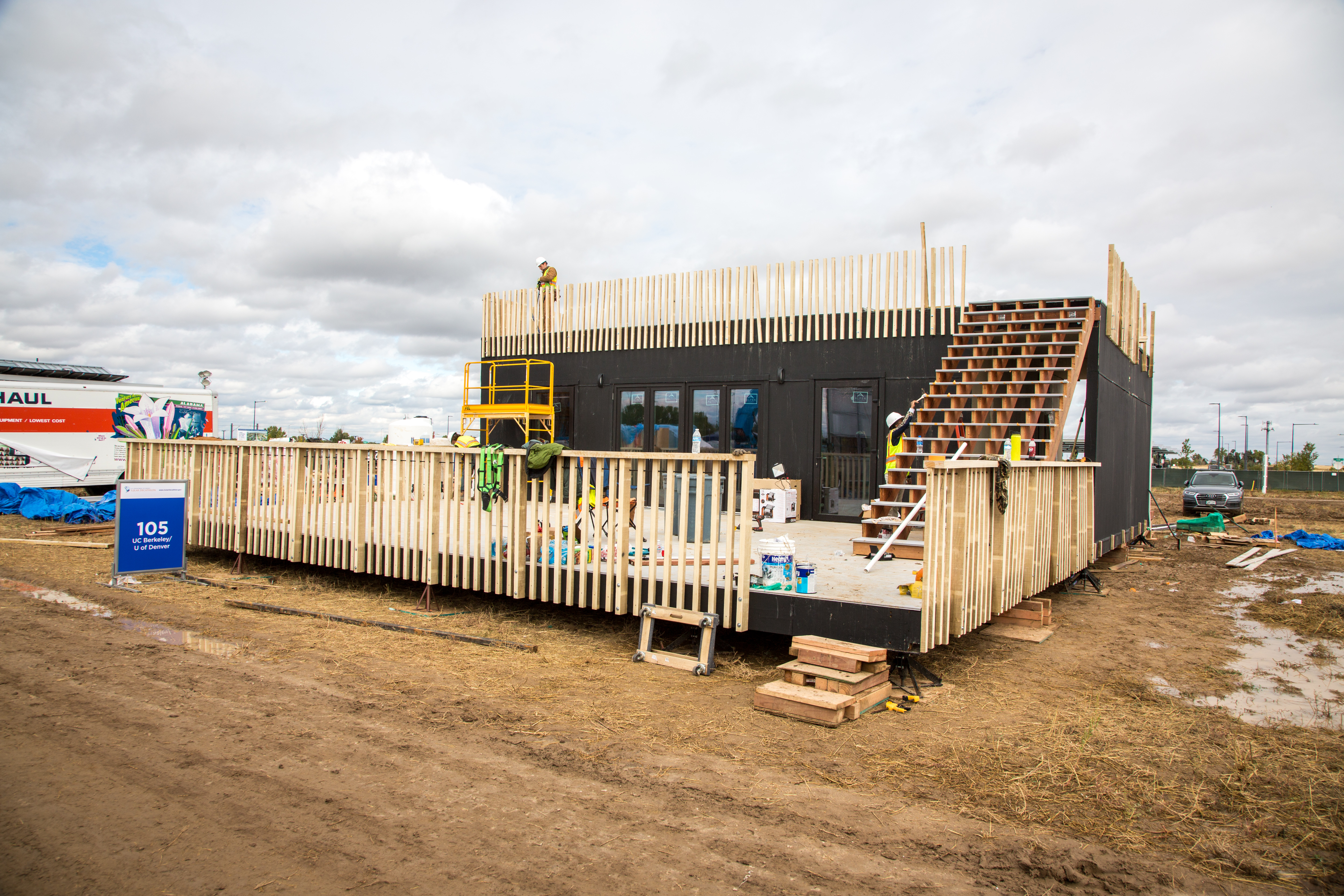 The last two competitions happened in Irvine, California, which I had the pleasure to attend.  Homes in the contest are typically small, which is to be expected given they need to be built in an open lot in a matter of days.  This means there’s much focus on space efficiency in designing these houses, with many of them having modular design aspects which are quite “funky” but interesting to see anyway.  And having the chance to ask the design and engineering students about their choices will probably be able to open your eyes to new technologies you didn’t even know existed.  If you happen to be nearby, I fully recommend checking it out.