Depending on where you are located, it can already be difficult to understand the electric vehicle charging infrastructure in your own country – now imagine abroad and possibly in a foreign language.

It’s less of a problem in North America, but in Europe, where one could easily drive through 2 or more countries during a summer road trip vacation, it can become a hassle.

With summer vacations coming up, Tesla updated a useful tool that can make it a lot easier.

European Tesla owners received an email from the automaker this weekend to inform them of their ‘Charging Abroad‘ tool, which we weren’t aware of but it was apparently launched last summer and it has now been updated for this summer.

The goal is “to make journeys across Europe more convenient” by summarizing the main charging solutions available to owners in different countries.

Tesla’s Supercharger network already covers most of western and central Europe – and owners will certainly want to plan their trips around the network, which can actually be done through Tesla’s onboard navigation system, but that’s only for short-term charging to get to their destination.

For overnight charging and just to have more options, it’s a good idea to look at other networks. Tesla also has its own Destination Charging network, which can be useful, but other public networks and information about level 1 charging could prove useful – even if only as a worst case scenario.

For example, if you are a Tesla owner in the UK looking to drive down to France this summer, Tesla’s  ‘Charging Abroad‘ tool will show you this: 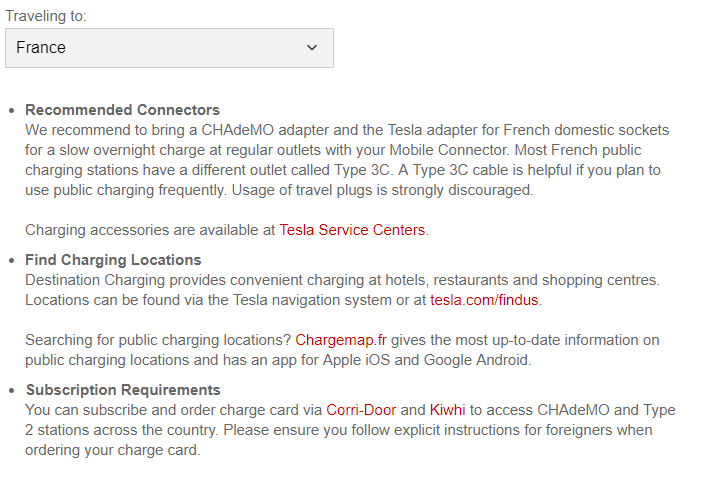 In this overview, Tesla first recommends the adapters needed to either charge on domestic sockets (level 1). That’s something that could be useful if you decide to get an Airbnb for example and want to charge the car at night at the home you are renting.

Other adapters, like the CHAdeMO adapter, will let Tesla owners charge on the few DC fast-charging networks in France. It’s not as fast or cheap as Tesla’s Supercharger, but it can still be useful for the rare regions without coverage or with sparse coverage in the country: 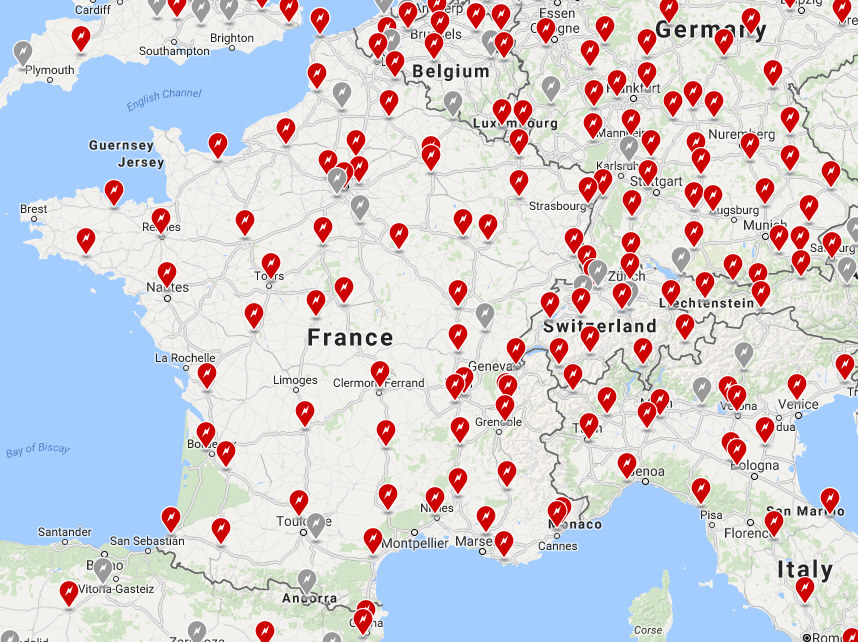 Finally, Tesla also recommends its Destination Chargers and it provides links to the country’s main charging network operators in order to arrange access.

What do you think? Is this something that you would use or you prefer to stick to Tesla’s free (for now) Supercharger and Destination networks? Let us know in the comment section below.