After Tesla’s former Autopilot Program Director, Sterling Anderson, launched his own self-driving startup earlier this year, we now learn of a second startup in the field of autonomous driving launched by former Tesla Autopilot engineers.

Andrew Kouri and Erik Reed, two former engineers on Tesla’s Autopilot Team, as well as George Tall, a computer vision engineer from iRobot, have taken their startup, lvl5, out of stealth mode today.

Tesla has been leveraging the advanced sensor suite on all its vehicles in order to crowdsource high precision maps which can then be used to help build their self-driving technology.

“Yes, our goal is to bring HD mapping to the entire industry. Most of the cars out there are not Teslas, so if we want to truly make our roads safer, all OEMs need to have access to these maps.”

The company, which is backed by investors like Max Altman’s 9Point Ventures, and Paul Buchheit, partner at Y Combinator and creator of Gmail, has developed a computer vision algorithm that translates footage taken from dashcam into HD maps which are “accurate down to a 10cm threshold”, according to the company.

Here are a few examples of what Lvl5 is mapping (courtesy of Lvl5):

Not unlike George Hotz’s comma.ai, lvl5 launched a dashcam app, Payver, which pays users $0.01-$0.05 per mile driven in order to use the footage to create their maps.

They claim to have mapped 90% of all US highways using this crowdsourced strategy in just three months. 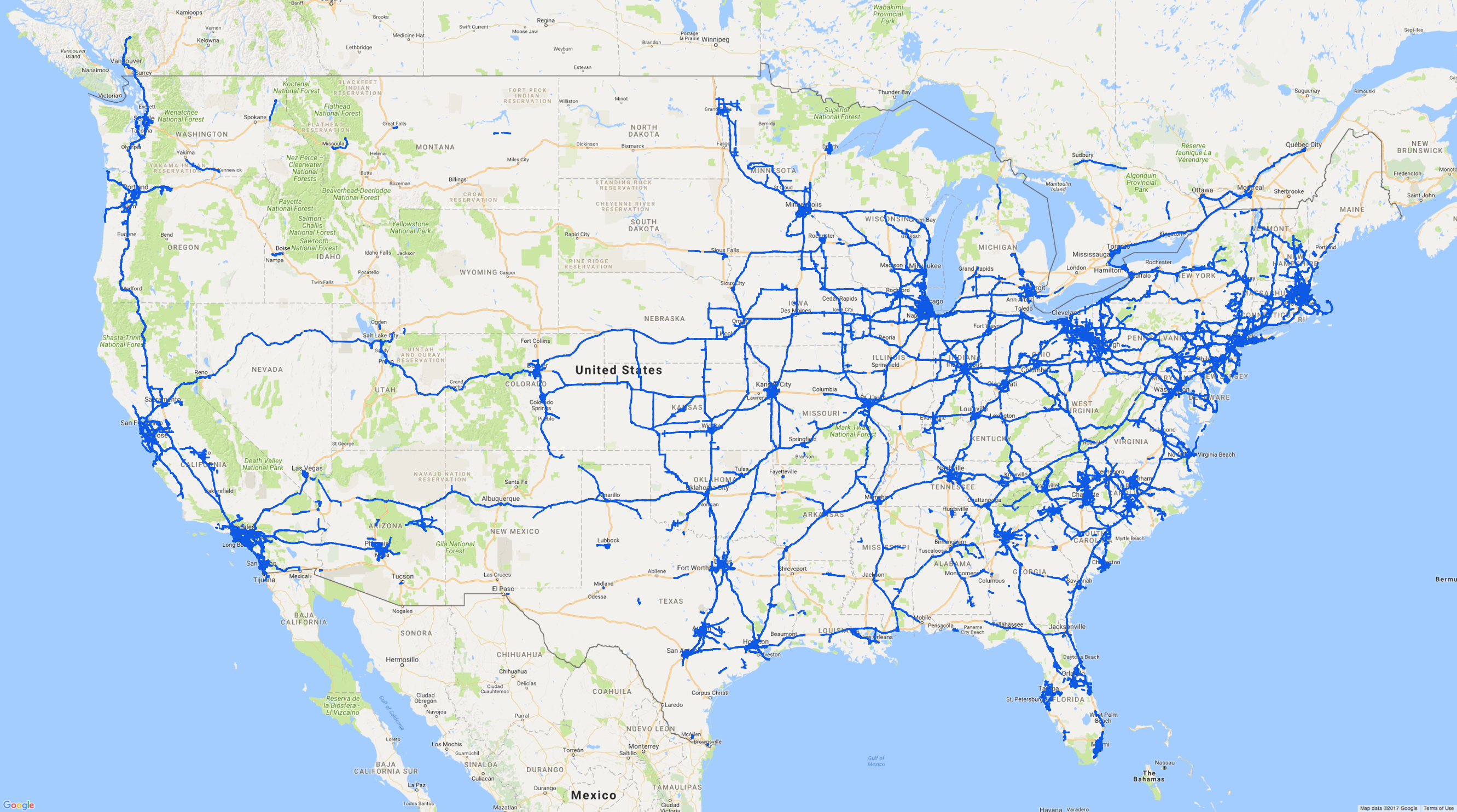 The company now wants to install its cameras directly in OEMs vehicles and charge a monthly fee per vehicle to use their maps.

They claim to already have “pilot programs” with vehicle manufacturers.

“Lvl5 is solving one of the biggest obstacles to widespread availability of self-driving technology. Without accurate and efficient HD mapping, as well as the computer vision software that enables it, self-driving vehicles will take much longer to reach mass-market. This will delay everything from safer roads to efficient delivery services.”

What do you think? Would you use their app? Let us know in the comment section below.