At the 2017 Fire Department Instructors Conference last week, Hurst Jaws of Life made some impressive (and expensive) vehicle rescue demonstrations using not one but two Tesla Model X SUVs.

The Model X is an interesting vehicle for first responders to train on – not only because it’s an all-electric car with high voltage cables, but for several other reasons.

Of course, electric vehicles offer more of a challenge to first responders who need to cut the current from the battery and mind any high voltage cable before cutting through the chassis, but the Model X is also interesting for its Falcon Wing doors and overall chassis design.

It’s apparently not a problem for Hurst’s Jaws of Life and they wanted to demonstrate that by tearing apart the vehicle. Here Rob C. filmed the extrication demo of one of the two vehicles:

It’s especially interesting in the context of the recent accident we reported on where a Tesla owner is asking for $1 million after her Model X caught on fire in a crash and Falcon Wing doors wouldn’t open.

She didn’t need to be extracted and instead exited through the front door, but it highlighted the importance of knowing how to unlatch the Falcon Wing doors if it fails to open with the button.

The manual release is hidden behind the speaker cover on the door: 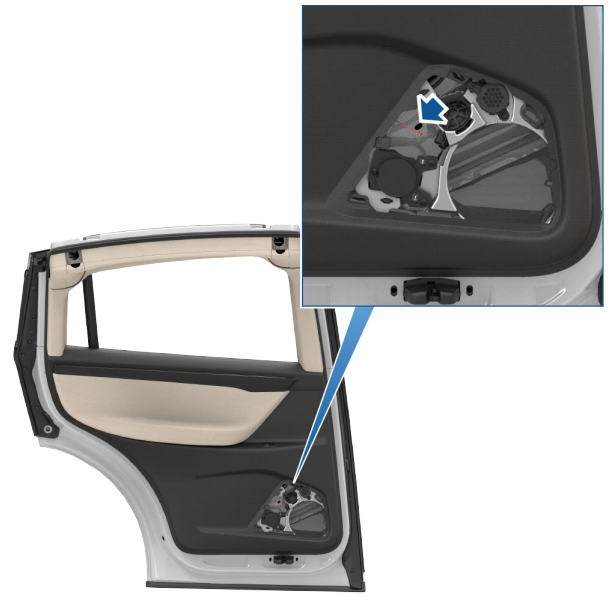 If that fails too and there’s no other way to exit after a severe crash, that’s when the Jaws of Life come into play. Of course, it’s not something unique to Falcon Wing doors. Depending on the damages after certain severe crashes, any door can be blocked and made inoperable.

Rob C. also took some pictures of the aftermath of the extrication demo and of the bare Model X chassis exposed: