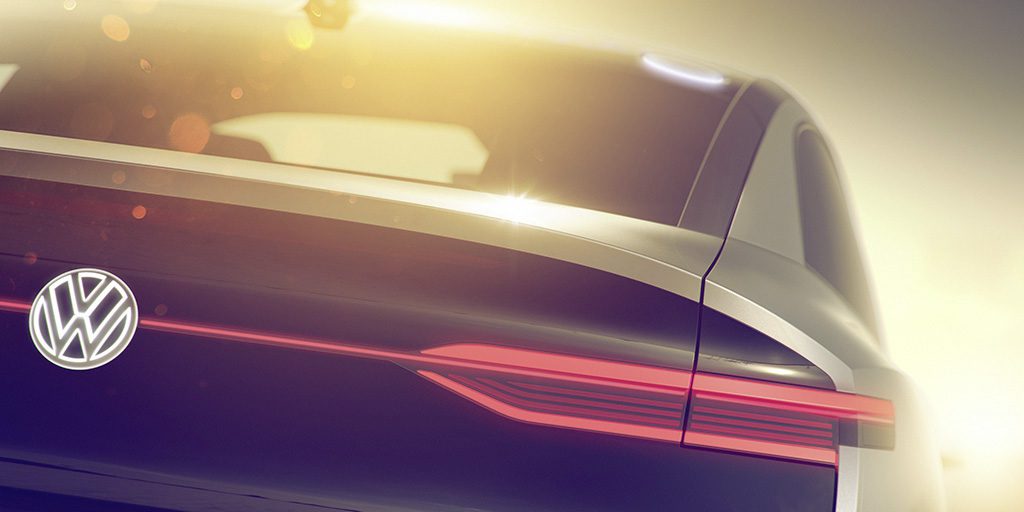 VW has been unveiling a series of new all-electric concept vehicles called “I.D. concepts”. While only concepts for now, the German automakers presents them as the basis for a series of new electric vehicles to use its MEB platform and go into production around 2020.

After a compact car and a minibus, VW now confirms that the next vehicle is an all-electric crossover and it will feature something that will sound familiar: “autopilot mode”.

The company has so far only released a few details about the vehicle and a teaser image – pictured above.

They describe the vehicle in a press release:

“The CUV of the I.D. family was conceptualised as a sporty, interactively designed zero-emission all-rounder – with electric all-wheel drive that is just as impressive in the urban environment as it is on the rough terrain covered in an adventurous and active lifestyle. A long driving range on the same level of the range of today’s petrol powered cars makes it suitable for long trips. Like the I.D. and I.D. BUZZ, this concept car can also drive fully autonomously. All it takes is a light push on the VW badge on the steering wheel to activate this autonomous mode. The steering wheel retracts electrically into the cockpit where it forms a single unit with the displays and controls that have been implemented fully digitally.”

The vehicle will make its world debut next week at the Shanghai Motor Show and join VW’s “I.D. family”, which currently consists of a compact car that the automaker has been presenting as a competitor to Tesla’s Model 3 and a microbus with “270 miles of range”.

These vehicles are all expected to come out about a year apart starting from 2020 as part of VW’s plan to build 2 to 3 million all-electric cars a year and unveil 30 new models by 2025.