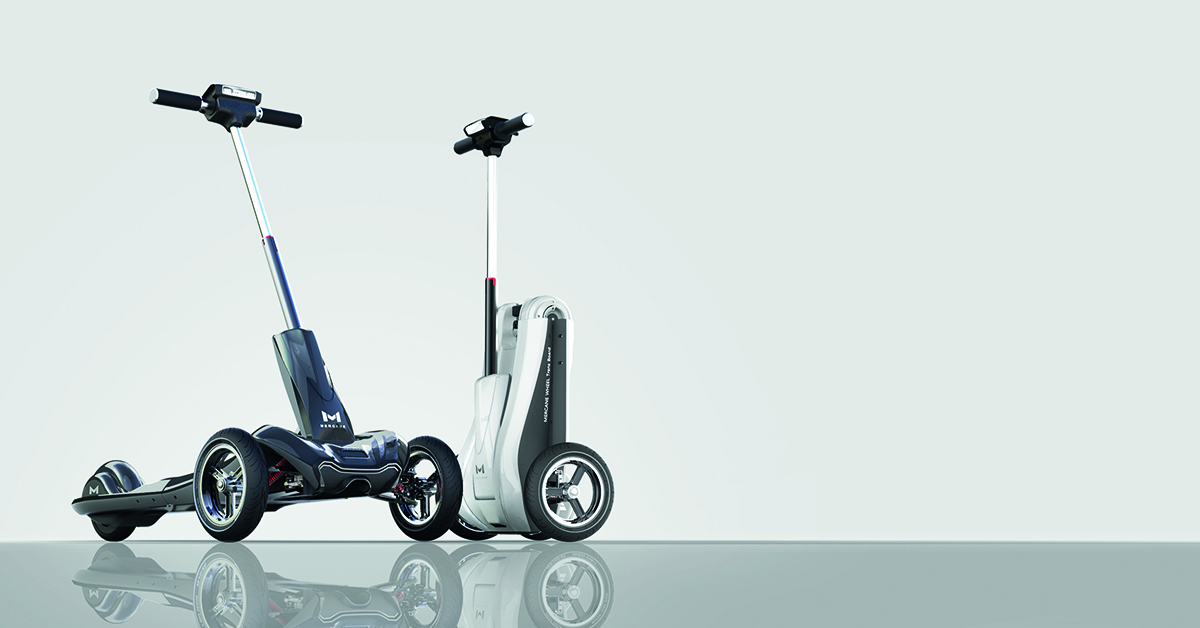 Mercane Wheels has launched an Indiegogo campaign for a pretty interesting 3-wheeled foldable scooter, dubbed “Transboard.”  Mercane’s goal with their concept is to provide the urban flexibility of a 2-wheel scooter, but with greater safety and controllability, considering both the driver and other pedestrians.

The Transboard will have about 25 miles of range from the detachable 48V 8.6Ah battery and the 500W motor makes it capable of speeds up to 22mph.  Capable of carrying a 220lb rider, it weighs a somewhat hefty 53 pounds – but when folded it can be rolled like a rolling suitcase since it already has a built-in handle and wheels, so wheeling it around shouldn’t be too difficult.

The Indiegogo campaign has a goal of $30,000, and is offering early bird backers a chance to get a Transboard for $499, 60% off of the estimated eventual $1,250 retail price, with estimated delivery in May of this year.  The goal is “flexible”, which means even if they do not reach the goal, the money will still be collected from backers.

Previously, Mercane had a Kickstarter campaign for an earlier version of the same product with a weaker motor and battery which raised $75,264.  The previous campaign estimated a March 2017 delivery, and as of yet we are unable to confirm if any backers have received their Transboards.  There are several comments on the page asking whether kickstarter backers will receive the updated or old version of the product, but none suggesting that any scooters have yet been received by backers.  It’s not uncommon for kickstarted projects to miss deadlines, but this does seem to bring into question the short, 2-month estimated delivery for the new Indiegogo campaign.

The company also has an interesting eWagon concept, a foldable, electric-powered, remote-control-capable wagon which can carry both the adult driver and some amount of cargo – even, possibly, a child or two in the wagon portion.  As of press time, all we could find on this concept is a single page of information and renderings, though.