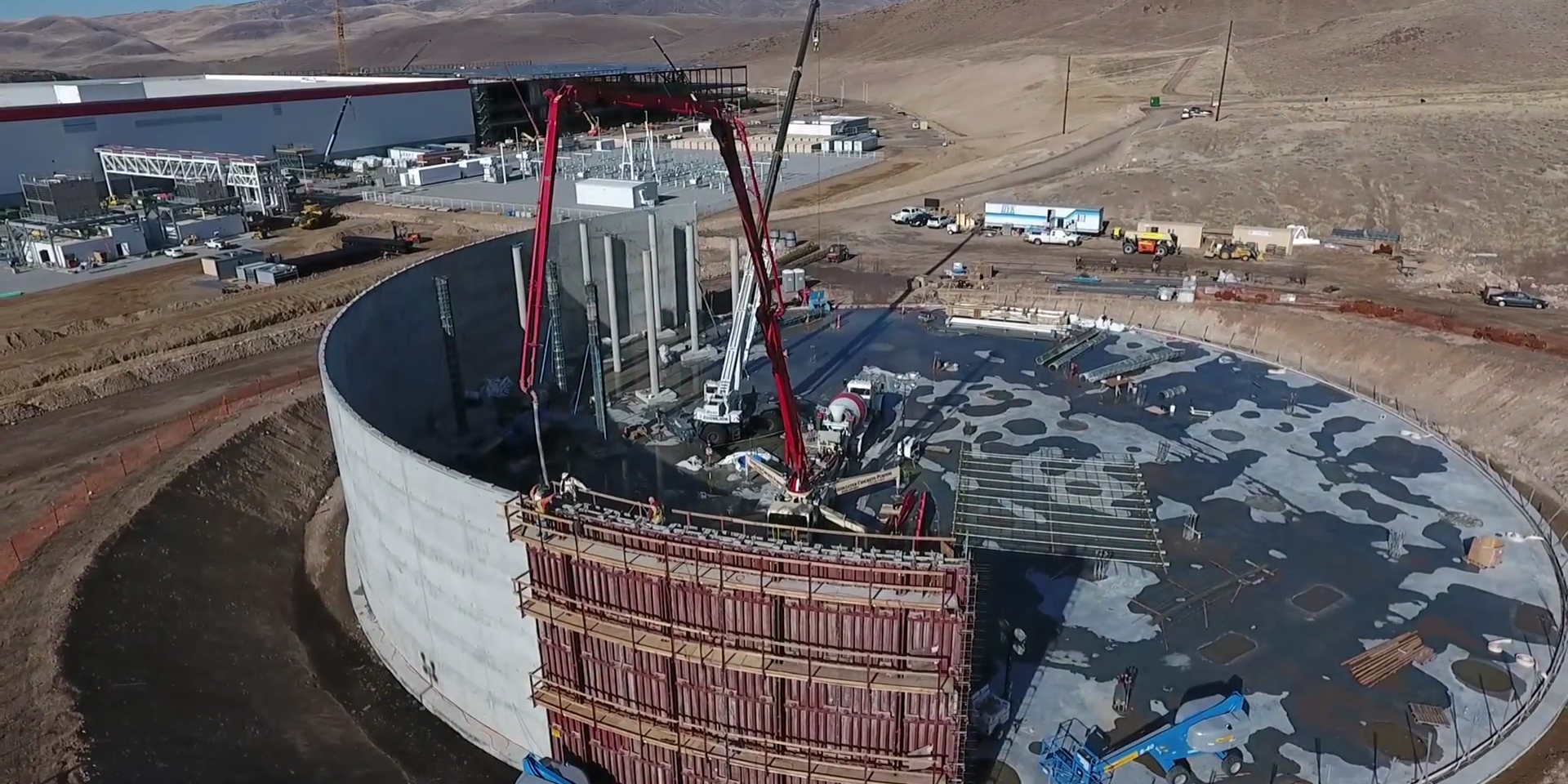 Things are getting busy at the Gigafactory this month. Tesla and Panasonic have confirmed the start of battery cell production. Volume production of Powerwall 2 and Powerpack 2 are set to start as deliveries of the home battery pack are being confirmed in the first few markets and more Powerpack 2 projects are being announced.

That’s all being done while the battery plant is still under construction and Tesla released this week new drone footage showing the progress.

Our latest look at the Gigafactory 1 came earlier this month after Tesla announced the start of battery cell production, they also released new aerial shots of the plant at the time.

But the new footage today has been taken by a drone and gives us a better look at the factory.

Tesla says that it was filmed in December and based on the roof of the new south sections and the one on the north side of the factory, it does look like construction is a few weeks behind what we saw from the aerial shots.

The current structure has a footprint of 1.9M square feet, which houses 4.9 million square feet of operational space across several floors and it represented less than 30% of the final plant.

Earlier this week, Tesla also confirmed that Model 3 drive units will be produced at the Gigafactory and they announced an additional $350 million investment for 550 more jobs in order to accomplish their new production goals.

Tesla already employs over 1,000 full-time employees at the plant and that’s without accounting for construction workers and Panasonic’s own employees for the battery cell production.