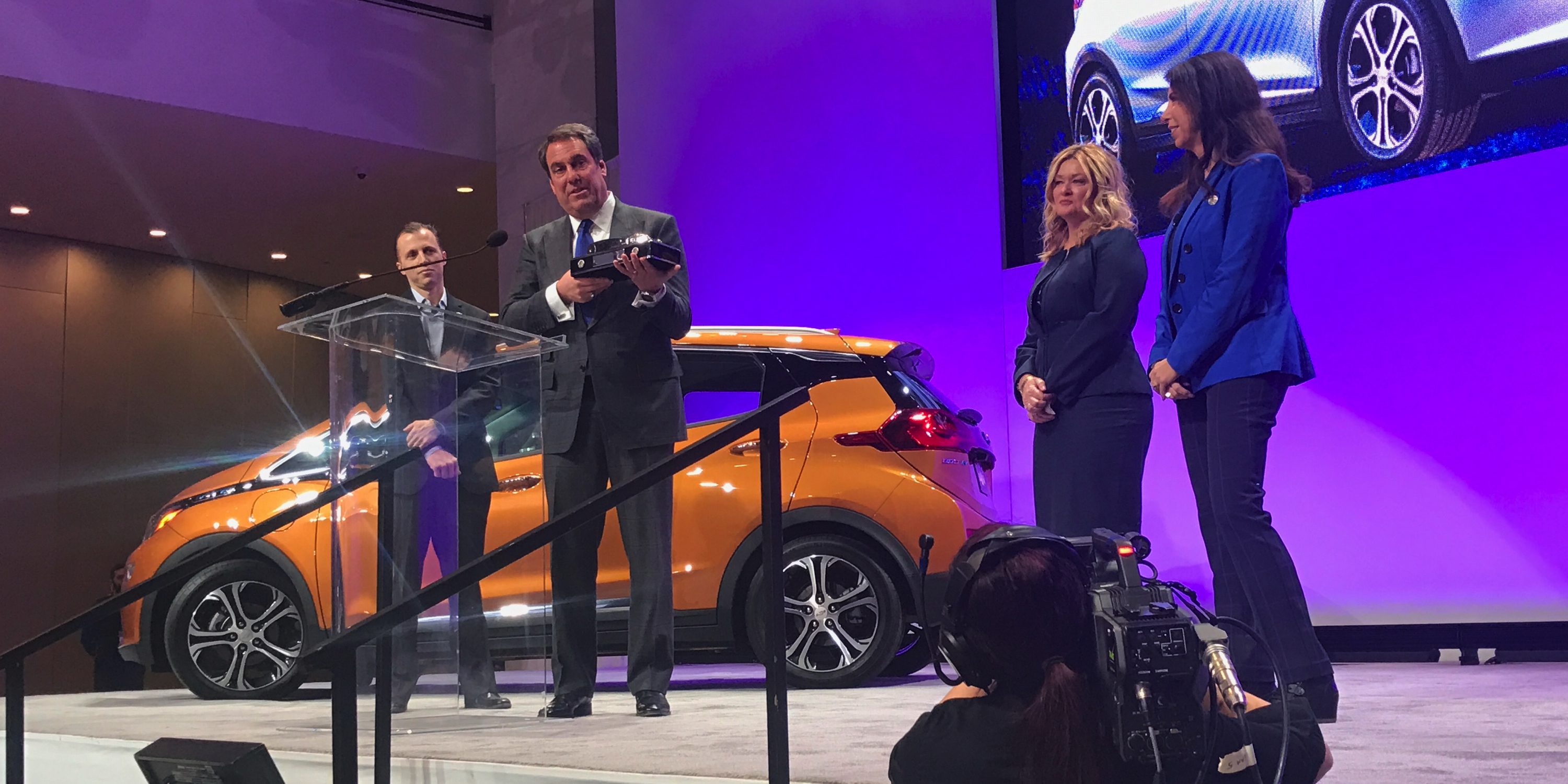 The prestigious award is given by a jury of 60 professional automotive journalists from the United States and Canada who tested dozens of new vehicles that went on sale this year and ranked them with a system of points.

Since the Chevy Bolt EV had its first deliveries in the last few weeks of the year (with a total of just over 500), it qualified for the award.

Apparently, the Bolt had no competition since it received 364 points from the jury while the second best, the Genesis G90 sedan from Hyundai, received only 105 points.

The Bolt EV Chief Engineer Josh Travel accepted the award on stage as pictured above.

In a press release to announce the results, NACTOY highlighted the range of the Bolt EV and its price after EV incentives:

The Bolt boasts an EPA-certified range of 238 miles on a charge and prices that start under $30,000 after applying tax credits.

The vehicle, with its all-electric powertrain, becomes the first pure electric vehicle to win the award. The Ford Fusion Hybrid and the Chevrolet Volt won the award in 2010 and 2011 respectively. The Nissan LEAF came close, but it launched the same year as the Volt.

While the Bolt EV is currently only available in California and Oregon, GM says that other states will follow gradually during the first half of 2017 and international deliveries will happen during the second half of the year.