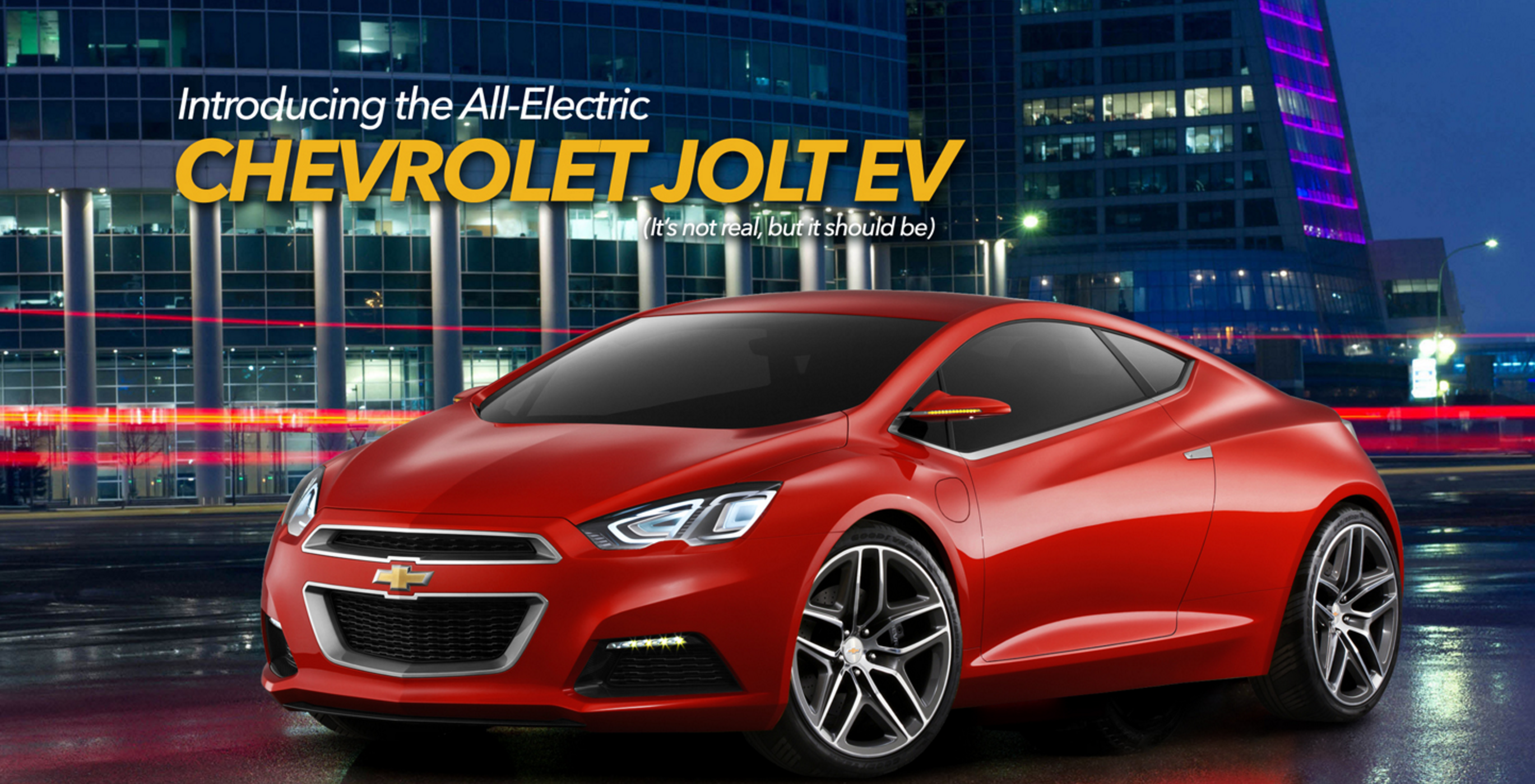 An interesting new study of advertising instances and spending for electric vehicles by automakers shows that they are pushing to sell EVs significantly less than gas-guzzling cars, and are not spending a lot of money to try to educate the public about electric propulsion.

The study is using data gathered by CompetiTrack and Motor Intelligence, and commissioned by the Sierra Club and Northeast States for Coordinated Air Use Management (NESCAUM).

The Sierra Club wrote about the findings on its website:

New data shows what we’ve long observed – that auto companies and auto dealers are focusing much less on electric vehicle (EV) advertising than on advertising for conventional gas-guzzling cars and trucks – especially outside of California.

They compared advertising instances nationally, in California–where there’s the most important zero-emission mandate that automakers have to comply to–and in the Northeast, where several states also have ZEV mandates. 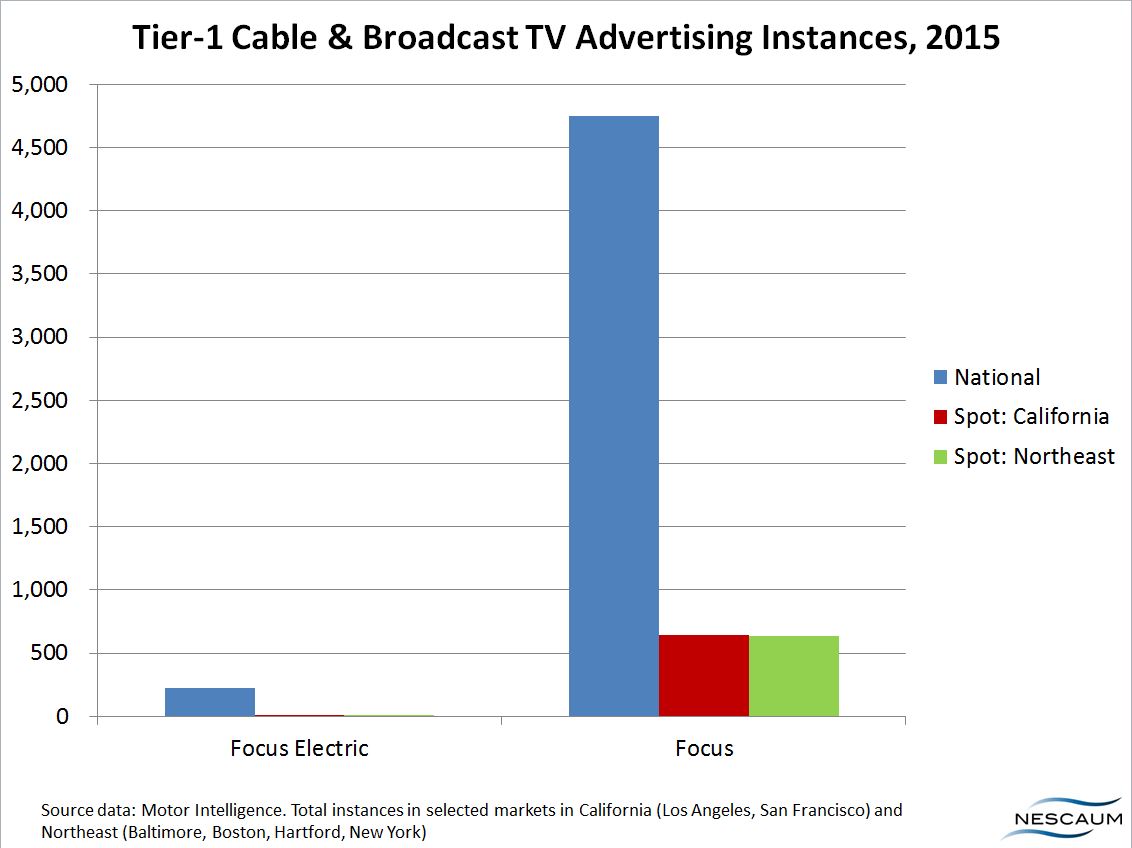 Ford, among almost all other automakers, lobbied recently against new EPA rules that would force automakers to produce electric vehicles in volumes.

Another interesting, though not surprising, finding of the study is the focused advertising in California and some other ZEV states.

Nissan with the LEAF, VW with the e-Golf, and GM with the Chevy Volt are all spending more money advertising gas-powered vehicles in the same segments nationally, but outspending them where they can get valuable ZEV credits:

As for total spent in dollar, BMW is outspending everyone else. The German automaker spent nearly $19 million for nationally focused ads in the US last year: 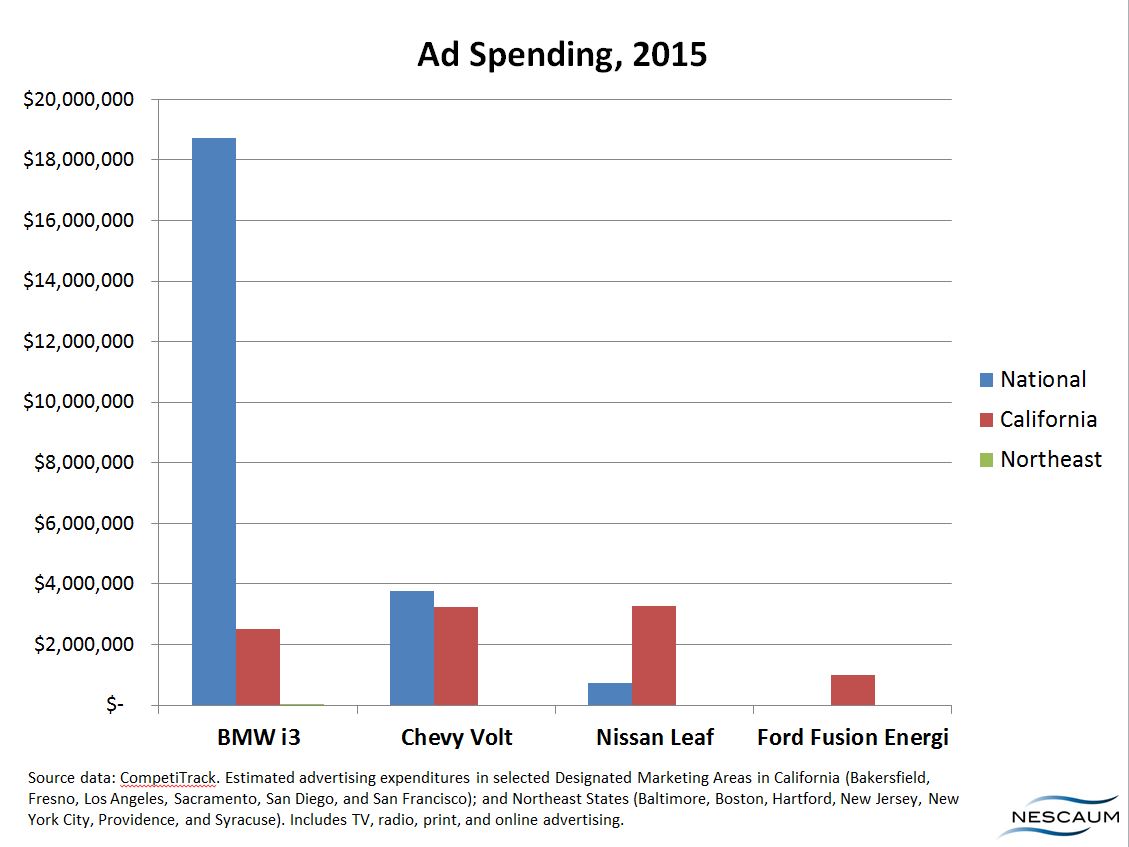 Whether or not those ads are effective is a completely different matter. We recently reported on GM’s poorly-conceived Ampera-e (Bolt EV in Europe) ad in which the company plays up electric car falsehoods.

Of course, there are also some good ones; on the other hand, some companies decide not to use ads altogether.

The study focused on ads for all-electric vehicles. Most automakers are more willing to spend more to advertise plug-in hybrid models.