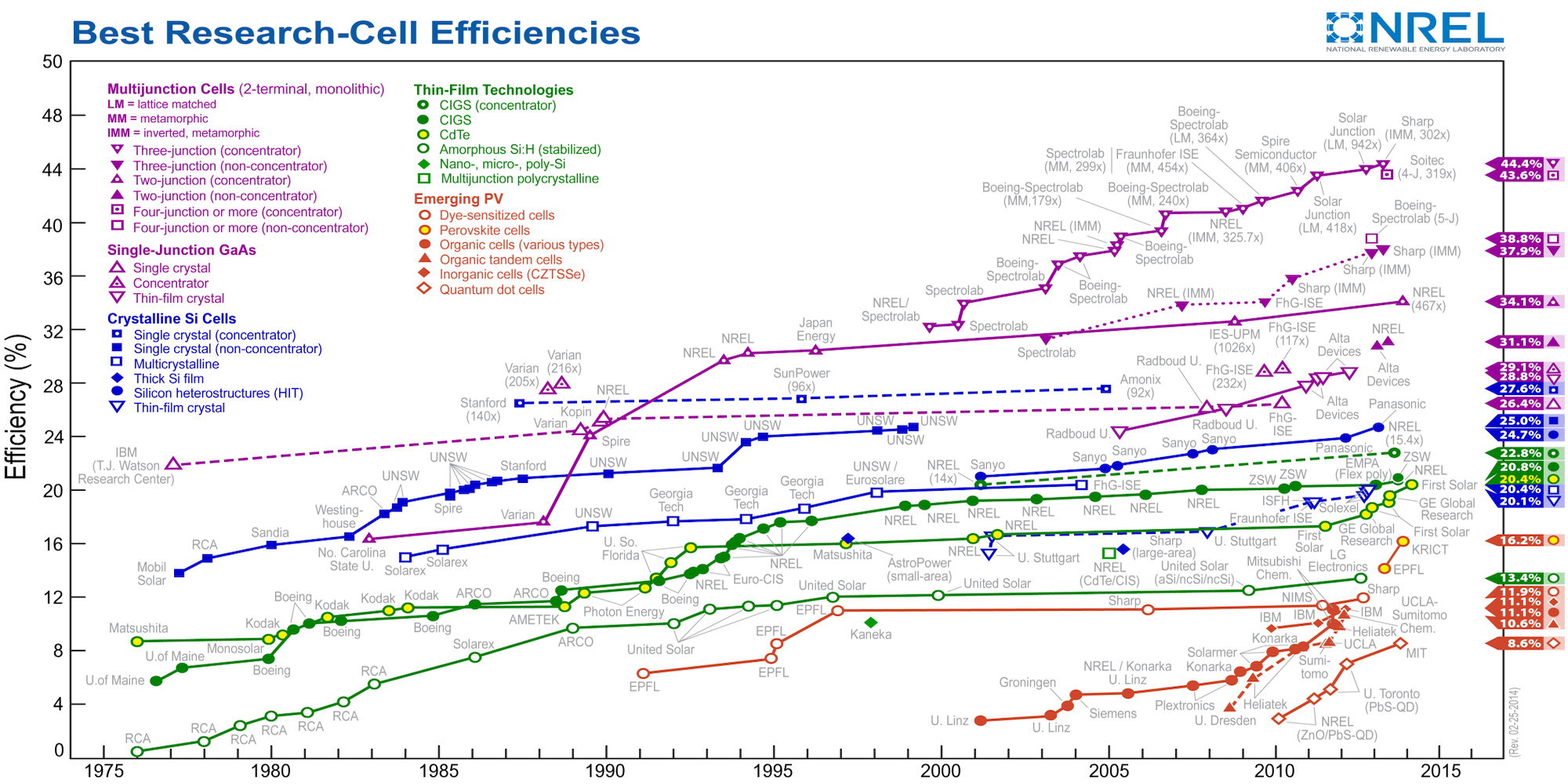 [Editor’s note: We’re trying a new morning green energy briefing which should deliver every day at 9am ET. Please comment below]

Solar power now has a better “Energy Returned on Energy Invested” than oil – The amount of energy you spend (running trucks, processing, transporting, etc) to make and use energy matters. Solar Power makes at least 15 times more energy than it takes to produce it – and its getting better.

The price of solar power is falling fast in India, 4 rupees/kWh (6¢/kWh) expected in 2017 – India has the second largest population in the world, soon to be the largest. Pricing and innovation in India will affect the world. Soon, China and India will pull the world forward with their solar power growth.

Solar, natural gas and wind (in that order) make up large majority of new energy nameplate capacity in 2016 – Solar power has had a tremendous year of growth – the third quarter saw 199%. This is being shown across the USA – as the volume of solar power installed in 2016 was larger than any other source, and there is no reason this wouldn’t happen again next year.

The US National Renewable Energy Lab (NREL) is testing the lifetimes of hundreds of solar panels – So that customers have better information other than directly from manufacturers and so manufacturers can have top tier scientists studying their product, NREL is testing how solar panel efficiency at converting sunlight into electricity changes over time. That change, called the degradation rate, will be posted on NREL’s website along with the manufacturers’ names.

Considering residential solar? Understand Solar will connect you with one local contractors with you. Full disclosure: I get a commission. Tweet me for feedback .on pricing.