As we reported last week when Sweden announced a significant incentive for residential energy storage that brings down the price of a Tesla Powerwall 2 to less than $3,000, incentives and/or high electricity rates are still required to make a return on investment with Tesla’s new residential battery pack despite the significant upgrade from the previous generation.

Though there’s one place where it is making more sense than anywhere else right now and that’s down under. Just a few weeks following Tesla’s launch of the new home battery pack and the release of the pricing details in the country, Australian homeowners with solar installations are starting to calculate the return on investment and they expect to be able to pay it back within 6 years.

Australia has the world’s highest per capita penetration of rooftop solar with 15% of households using solar for a total of 1.5 million households across the country. A lot of those homeowners will be looking at the Powerwall 2 in order to get more out of their solar energy and distance themselves from the grid’s high electricity rates.

Michael Vorstermans from Adelaide broke down his estimated annual cost of combining his 4 kW of solar rooftop installation with a new Tesla Powerwall 2 and came to the conclusion that it would pay for itself entirely in 6 to 9 years depending on the grid connection he chooses (via AFR): 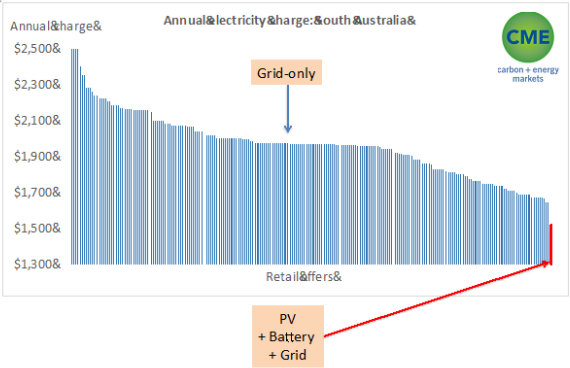 After those 6 to 9 years, the energy produced by his solar installation could be stored in his Powerwall virtually for free. Considering Tesla offers a 10-year warranty on the product, it looks like you have a guaranteed return on investment.

“I am buying between six and nine years of solar power in advance – that’s the way I look at it – and anything I get out of it after that is free power,”

He had done the same calculation with the first generation Powerwall, but he arrived at an 18-year return on investment. It didn’t make sense for him or most people in South Australia other than from an energy backup standpoint, but now Vorstermans placed an order for the Powerwall 2.

It looks like Tesla will be taking advantage of the Powerwall 2’s quick ROI in Australia since the company plans for the country to be the second market to receive the new home battery pack unit after the US. After the first installation in the US expected in January, Australia should get the Powerwall 2 as soon as February.