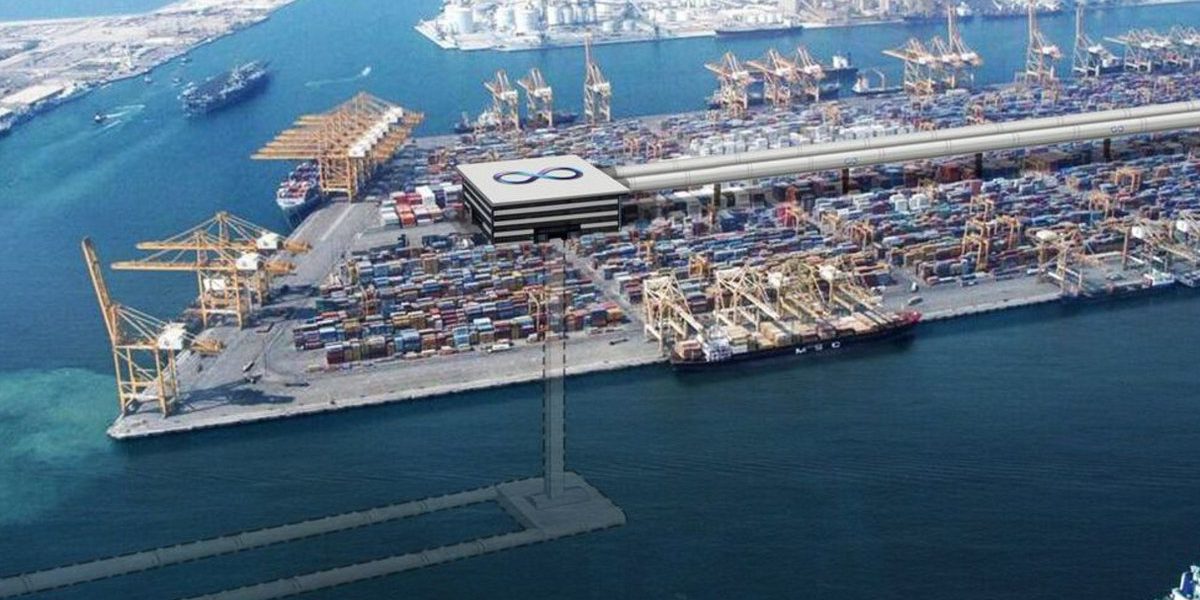 Everything points toward Dubai, especially its port, being the first place to get a full-scale commercial hyperloop system. It was announced in August that DP World, one of the world’s biggest marine port operator, including of Dubai’s Port of Jebel Ali, inked a deal with Hyperloop One, the main company developing a hyperloop system, and DP World, in order to evaluate and develop a potential ‘Hyperloop cargo offloader’ at the port.

Now today DP World announced that it is investing $50 million in Hyperloop One to help the company complete its full-scale test track in Nevada and bring the concept one step closer to the first commercial system.

Update: Hyperloop One reached out to note that DP World is leading the $50 million, but they are other investors too though without naming them.

Hyperloop One Chairman Shervin Pishevar confirmed the news in an interview with the Wall Street Journal today. He also announced that the company hired former Uber CFO Brent Callinicos as chief financial adviser – the company doesn’t have a chief financial officer, but apparently, that’s the most similar role.

With the latest  $50 million in debt financing from DP World, Pishevar says that the company has now raised $160 million and it plans another equity round during the first half of 2017 – after having completed the test track in Nevada.

The test track will be a proof-of-concept for future versions of the hyperloop. The one of interest to DP World for Dubai’s Port of Jebel Ali would be both underwater and optimized for cargo.

They would create a hyperloop system between the marine port and what would become an inland container port in order to free up valuable portside real estate and reduce cargo traffic in the region.

The company’s top brass is in Dubai right now coming up with the details of the system and there will be a demonstrate next month, says CEO Rob Lloyd:

“The pieces are in place to enable Dubai to be the first place, but that is yet to be determined,”

With more funding and more interested parties, it certainly looks like Elon Musk’s crazy idea is coming closer to reality.