The Revolt I: an all-electric ‘revolutionary and affordable’ paramotor aircraft with a hefty 90 kg of thrust 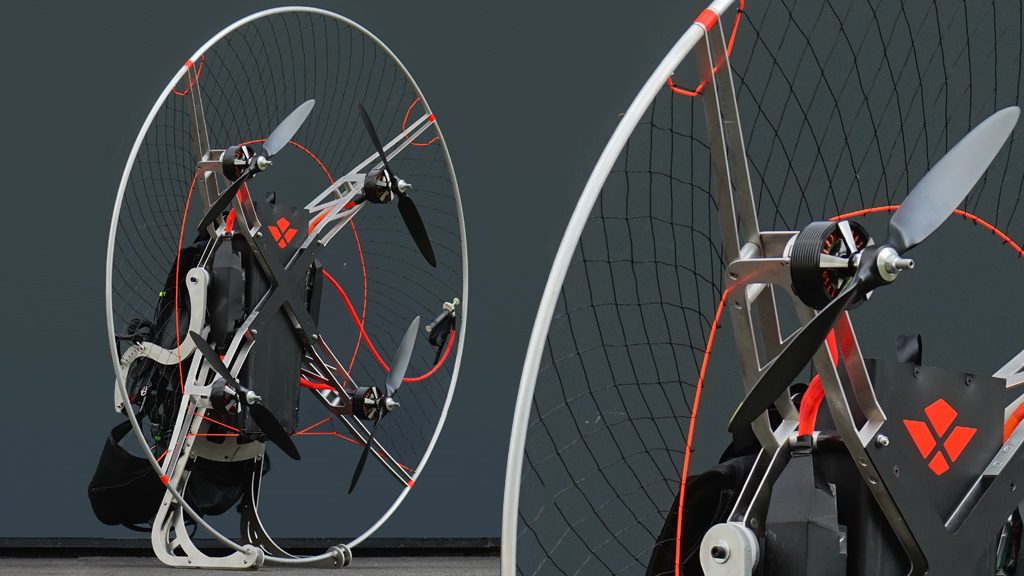 With quite a few new electric car announcements this week coming from the Paris Motor Show, we thought we’d switch things up a bit and show you all a pretty neat all-electric, “revolutionary and affordable” paramotor aircraft from Revolt in Italy.

Currently live on Kickstarter, Revolt, an Italian based company, hopes to reach $106,585 in funding from the crowd sourcing platform for their all-electric paramotor aircraft. Their touting the Revolt I as “your revolutionary and affordable aircraft,” and “proof” that such a device can hit all the right points such as ease of use, comfortability, and affordability. From their campaign:

“For most of human history, the dream of flight was just that – a dream. Only a century after the Wright Brothers took to the skies, our advanced prototype Revolt I, is proof a personal aircraft can be economical, convenient, efficient and eco-friendly at the same time.

There is nothing that compares with the freedom of flying Revolt. Now you have the chance to be part of an incredible project that is already making history!”

All-electric paramotors aren’t necessarily a new thing though. Blackhawk Paramotors in California, for instance, have their own version of this personal transport device as well. But with that being said, Revolt is quick to note some differences that set them apart from the competition (both EV paramotors and petrol ones) in their Kickstarter campaign:

As a backer, depending on the amount that you pledge, the rewards that you can receive are some Revolt swag, demo flights in Italy, drive kits (everything but the frame), a full Revolt kit, or a special Kickstarter edition Revolt. The detailed infographics on the specifications for the personal aircraft are down below:

The company has racked up €21,000 ($23,000) and has the Kickstarter to end on October 19th, with plans to ship out the Revolt I globally in the early part of next year. And while I picked out the ‘meat’ of their campaign, you can check out all their info on the Kickstarter page, or sign up for updates on their website.

Lastly, along with the weight limit, there are still other uncertainties about the Revolt I. I’m sure that the company will address them once they have a finished product, but what other thoughts do you have on this aircraft? Let us know down below.