Tesla has been giving tours of its Gigafactory all week starting with WSJ and NYT exclusives on Monday and followed by an important press tour on Tuesday, but during those events, Tesla and Panasonic blocked access or stopped the media from taking pictures of parts of the plant.

Now a group of VIPs got a tour of the factory for the ‘Grand Opening’ event today and they shared some great pictures of some of the most important machines at the Gigafactory, which have not been made public until now…

Panasonic is Tesla’s strategic partner at the plant and the company is in charge of battery cell manufacturing, while Tesla manufactures the battery modules and packs.

Tesla CEO Elon Musk recently referred to Panasonic’s manufacturing equipment at the factory as the most impressive machines there. During a conference call with analysts last month, he briefly talked about the future output of the battery cell manufacturing at the plant:

“The exit rate of cells from Gigafactory will be faster than bullets from a machine gun.”

Now we finally get our first glimpse of some of those machines – though not all the machines unfortunately, some are still kept secret (top secret).

Elon’s mother, Maye Musk, was among those taking the tour and she shared a picture of the machine for NMP process materials:

Another important machine in the battery cell manufacturing process is the cathode press:

You also need a cathode roller – beautiful machine with a steampunk look (picture via Steve Jurvetson): 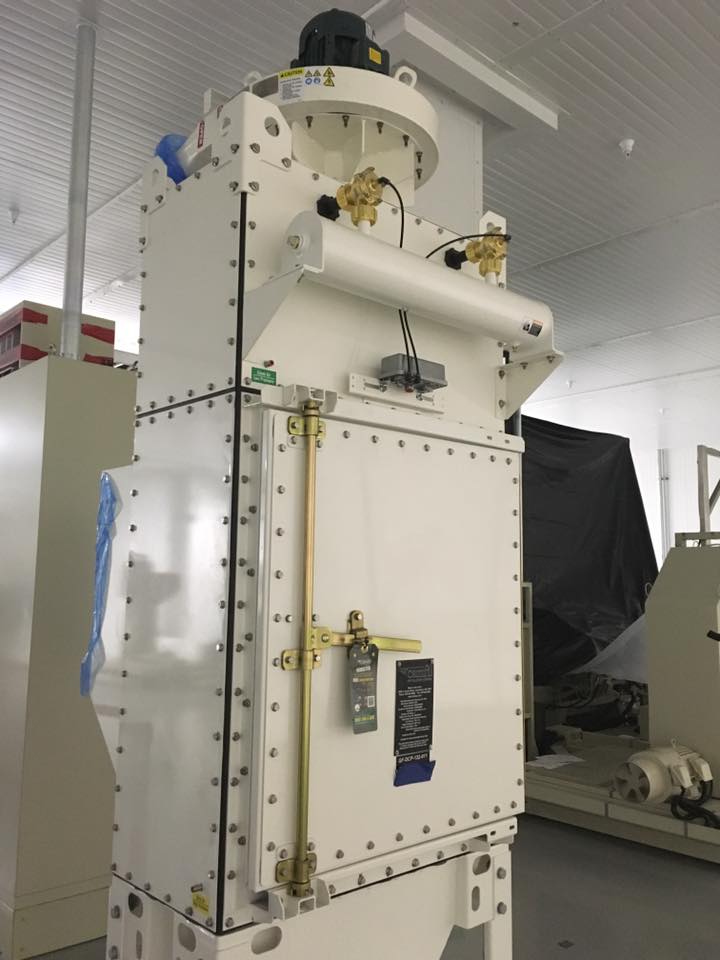 Those are the only new machines we were able to spot so far (let us know in the comment section below if you can spot more).

All those machines to eventually end up with a battery cell. Tesla’s new ‘2170’ battery cell format:

The new cell for the Model 3 will also be made at the #Gigafactory pic.twitter.com/DHldjJCqcS

Then you need a big room to age those cells:

The cell aging room at the #Gigafactory pic.twitter.com/RlhNPgcOtM