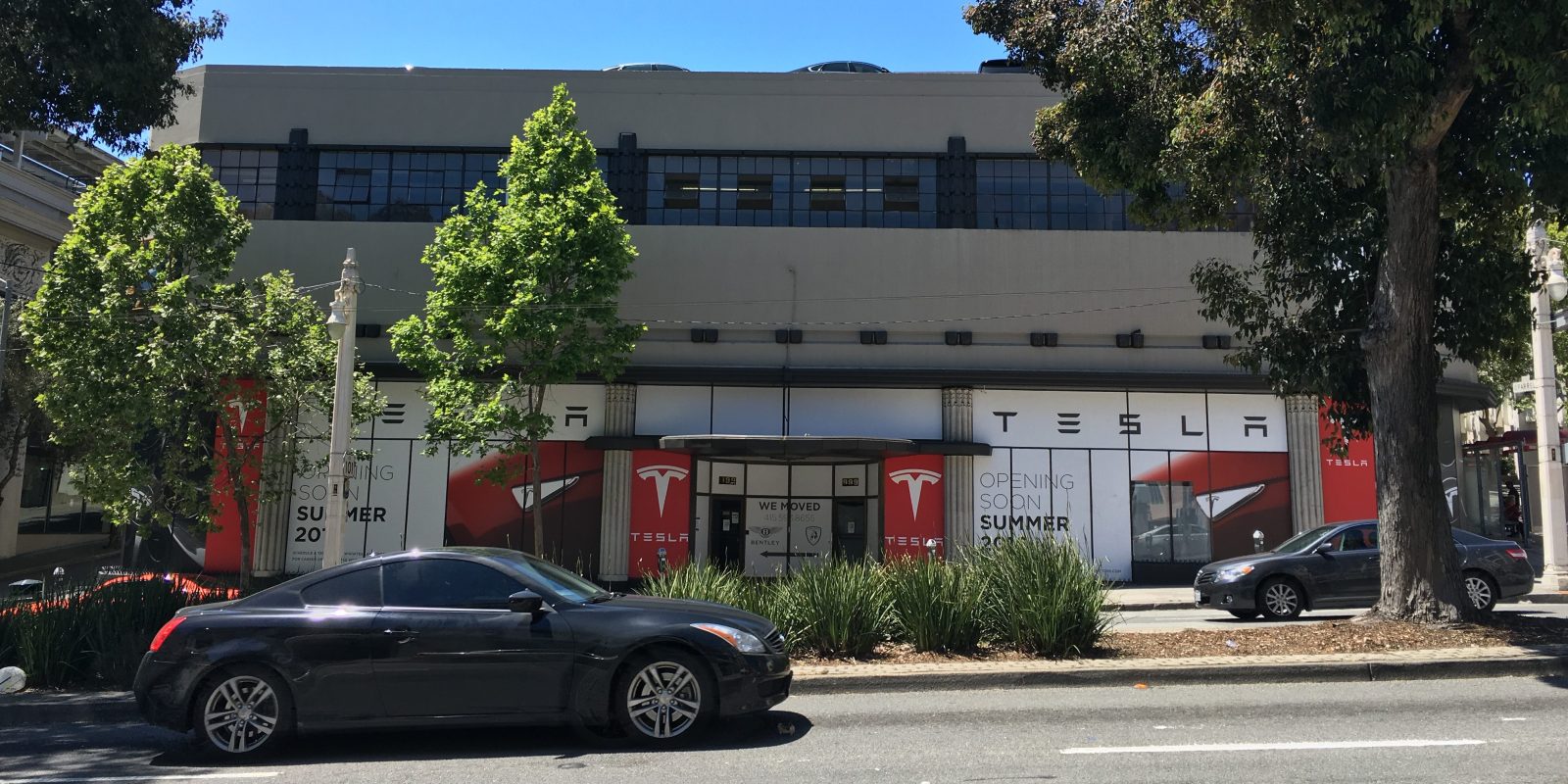 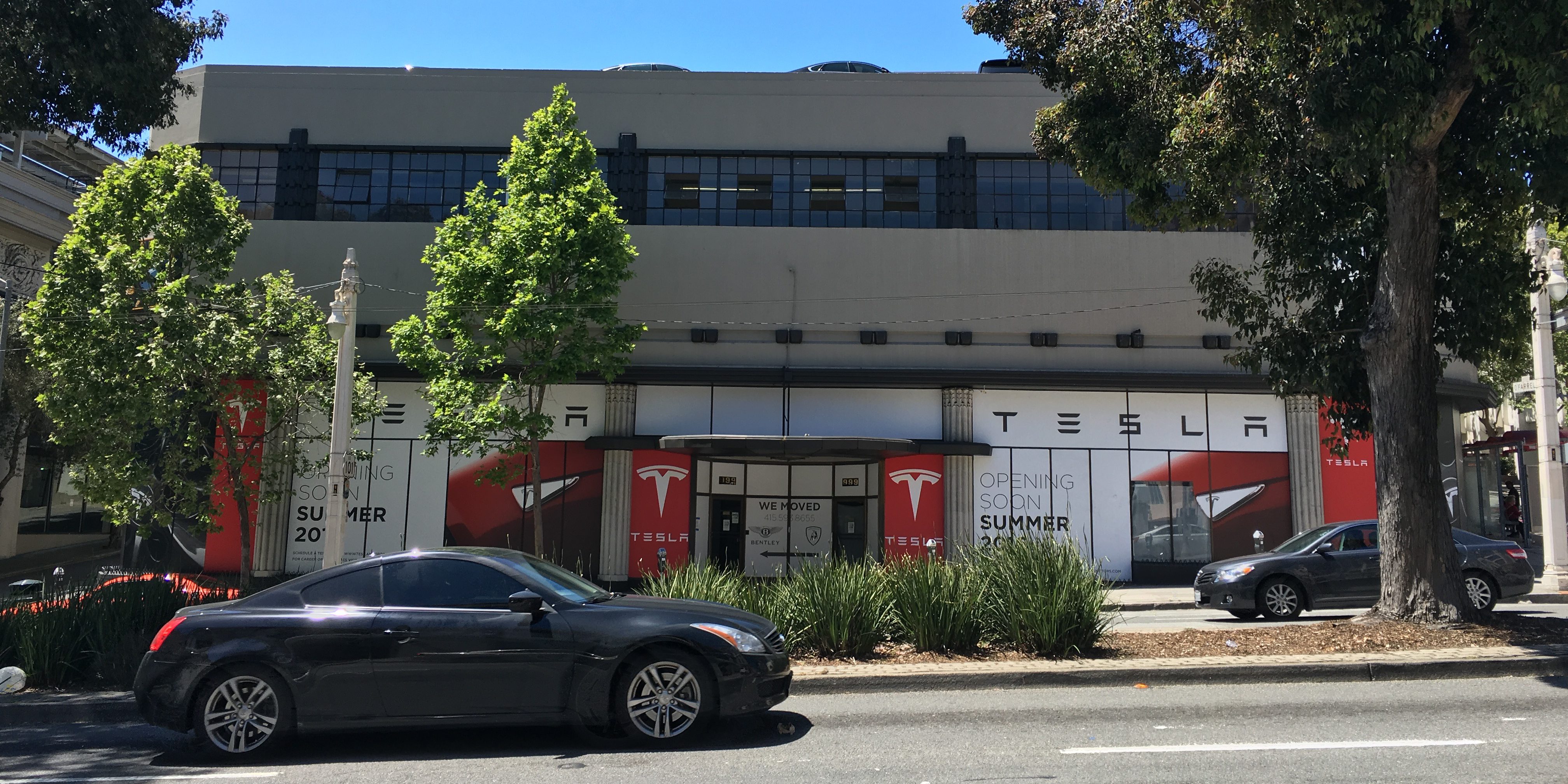 While Tesla has now several stores and service centers along the Bay Area (see below), the electric automaker has yet to open a location in the heart of San Francisco, but that’s about to change. Tesla is about to open a new flagship retail location on Van Ness Ave in San Francisco later this summer.

What was until recently a ‘Bentley Lamborghini Lotus and Pagani’ dealership at 901 Van Ness Ave is now covered in Tesla advertising to promote the upcoming opening set for “summer 2016”.

Interestingly, the new location will make Tesla the only American automaker with a “dealership” in the city. While several foreign automakers are represented in San Fransisco, especially luxury automakers like BMW and Lamborghini, domestic automakers like GM and Ford chose to stay outside of the city – presumably because real estate is extremely expensive.

Redditor spasewalkr stopped by Tesla’s new location and he agreed to share a few pictures with us:

Tesla is currently vastly expanding its retail presence around the US, but also the Americas, Europe, Asia and Australia, in order to support not only the upcoming Model 3 coming out next year, but also its ‘Tesla Energy’ division.