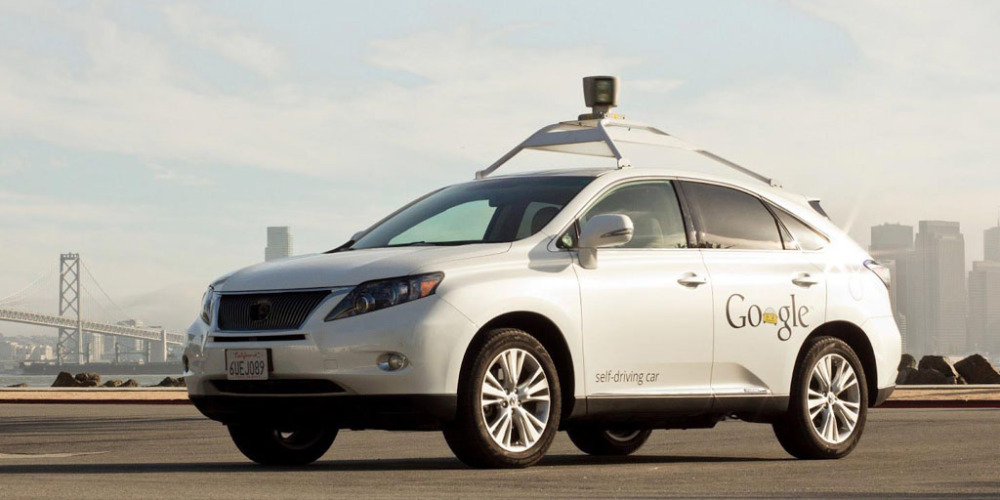 Update: Video of the damage has surfaced on YouTube, see below.

In what is likely to become its first accident to be officially documented as at the fault of Google, one of the Mountain View company’s self-driving cars struck a public transit bus earlier this month while trying to get around a sandbag in the road. According to the accident report filed with the California DMV, the car was “traveling at less than 2 mph”  and struck the bus as it passed on its left side…

As the car approached a stop light to turn right on red in the far-right lane on El Mamino Real in Mountain View, it “moved to the right-hand side of the lane” to pass traffic that was in the same lane but proceeding straight. Unfortunately, the car had to come to a stop to go around sandbags that were blocking its path. While fault is not specifically mentioned in the report, the Lexus model (as opposed to its smaller, cuter sibling) autonomous vehicle “made contact with the side of the bus”  causing body damage to the car’s front-left fender and front-left wheel.

The car was left in autonomous mode despite a safety driver sitting in the driver’s seat, because the safety driver believed that the public transit bus would come to a stop or at least slow to allow the car to safely reenter the lane. According to the report, the accident didn’t cause any injuries.

In its monthly report for February, which was apparently released this morning (although not yet available on the company’s website), Google said “In this case, we clearly bear some responsibility, because if our car hadn’t moved there wouldn’t have been a collision.” Google doesn’t, however, directly address whether or not the car was at fault. It seems clear that it was.

As of the company’s January self-driving car report, the cars had been in a total of 17 accidents across more than 1.4 million miles driven in autonomous mode, but the cars were at fault in zero. Google commonly mentioned this when addressing the safety of its self-driving cars, but now, it seems the company may no longer be able to use this as a bragging point.