An undisclosed company, which claims to be a “well-funded American company”, purchased advertising in the Wall Street Journal to invite a “select” group of people to the unveiling of its research and data on a new high-energy density battery cell.

The mysterious company is only inviting representatives from “product manufacturers listed on the NYSE or NASDAQ having a market capitalization of more than $500 million”. Investment bankers, venture capital companies, government representatives, or members of the press are not allowed to attend the event.

On the website, the company claims that battery performance could double every two years like computing, hence the name of the website. It also says that the company will be announcing a “new family of battery materials”.

The group shared two graphs about energy density and cyclability. It’s far from clear what the company plans to reveal based on these charts, but it looks like we are looking at gravimetric energy density over 300 Wh/kg. In comparison, Tesla’s cells are believed to be around 240 Wh/kg. 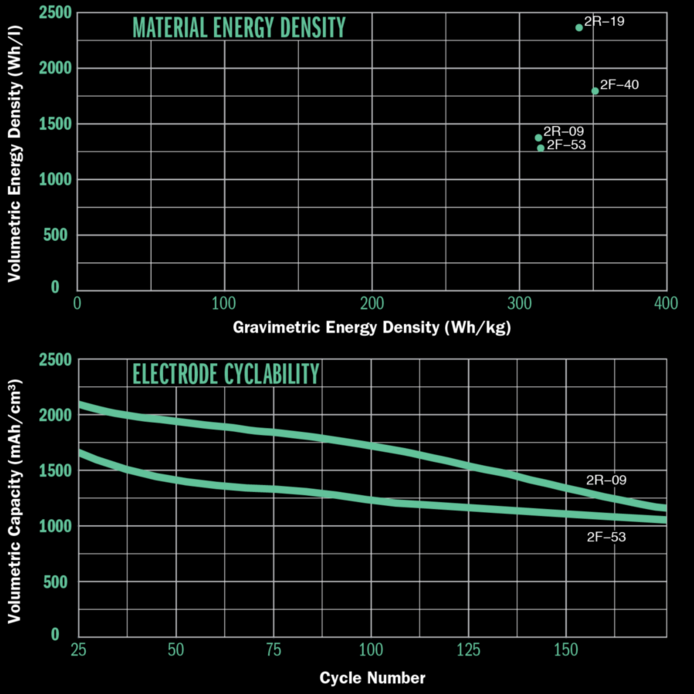 But of course energy density is not all. The cells need to be able to withstand thousands of cycles without major degradation, have decent power density and of course have the potential to scale at a reasonable cost.

“At this point we have quite a good understanding of all the battery technologies in the world. Right now, we track about 60 different efforts around the world to develop improved batteries and some of them hold some long-term promise. We rate all of them from one to five, where five is we should be doing business with them and one is complete BS.”

At the time, Musk said there were no four or fives, but there were some threes, and some might eventually be promoted to fours.

The company didn’t disclose the date or location of the event, but it said it will be held in early April 2016. April Fools anyone?