Using your own muscles to propel a bike or skateboard is so played out in 2015. We’ve seen the lightest e-bike on the road and now a group of inventors is showing off “the world lightest” electric vehicle of any kind on Kickstarter.

The Stary Board is enjoying massive success after a few weeks, raising more than double its goal in that time. Weighing in less than most newborn babies at nine pounds, this new skateboard promises fast speeds at a low cost.

Stary Board‘s beauty lies in the design, instead of using a belt drive system for power its designers have put the small motors in the wheels. From the beginning, the focus was on improving three areas where other electronic models have struggled. First was the weight: electric skateboards are generally too large or bulky to easily carry into stores or restaurants, Stary comes in at 8.6 pounds for a lighter design than its competitors. Another issue lied in user friendliness, unlike other options, this board is controlled by handheld remote and not by leaning or applying pressure to the board. Finally, power: the Stary Board can propel riders along at nearly 20MPH while also handling inclines of up to 30 degrees. 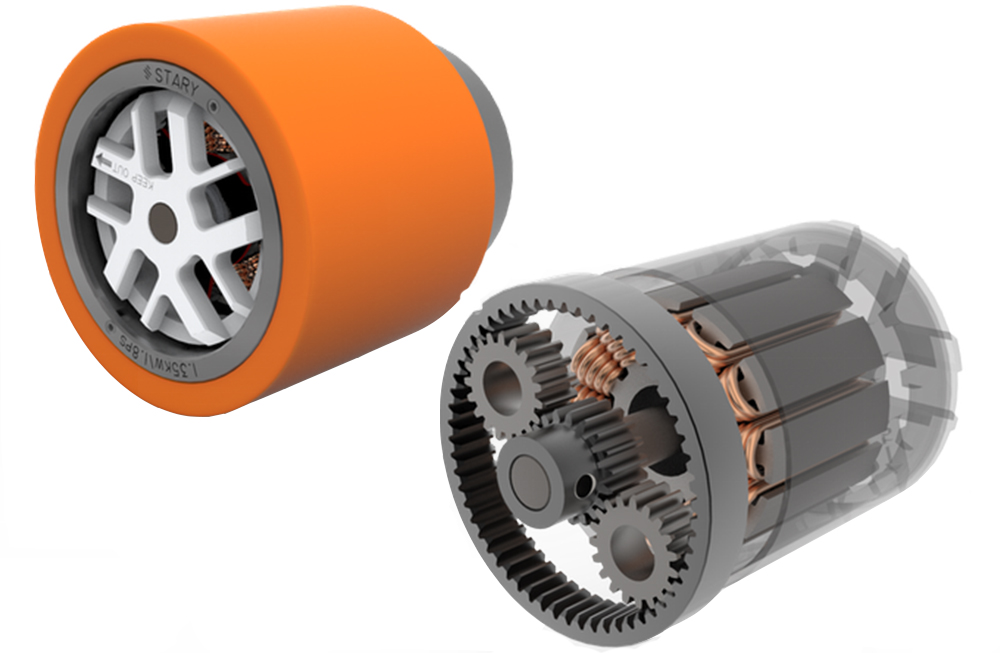 Another notable feature is the rechargeable battery, which builds up power via regenerative breaking. By pressing the appropriate button on the remote, Stary will slow down and create energy for the battery. The board itself is made of fiberglass with the battery cells stored beneath the rider’s feet. Maple and Bamboo woods are also used to strengthen the board.

All together, it’s an interesting product idea but the target audience isn’t completely clear. Traditional skateboard enthusiasts likely don’t want a motorized option they can’t put through the paces. Beginners may not want to spend $499 on an electric model that is unproven. Perhaps in urban settings it would find a home for those looking for an easy way to shuttle around town. Certainly the design is intriguing and deserves attention for ridding the board of an ugly motor.

The Stary Board is available with a pledge of $499, which delivers a board in November for $400 off the eventual retail price (though we’d caution against kickstarter shipdates vs. Christmas lists in general). Currently this project has raised over $201,000 dollars, which is double its initial goal. Check out these other electric skate board options that are available for purchase now.