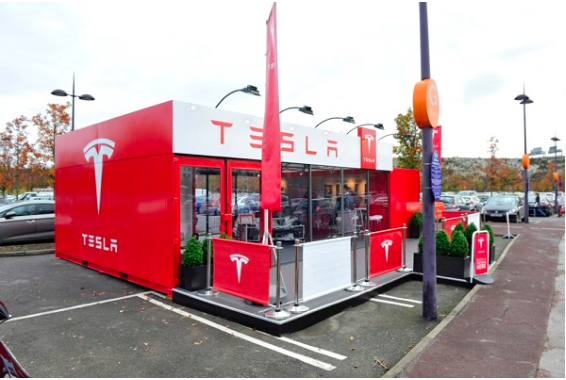 Tesla is facing regulatory hurdles in some states because of old laws prohibiting manufacturers to sell cars directly to consumers, forcing them to go through dealerships instead of company owned stores. Where these laws are more relaxed, like in New Jersey or New York, Tesla is allowed to have a restricted number of stores to operate, but in the most extreme cases, like in Texas, Tesla employees can’t take potential customers on test drives or discuss pricing in any way. In these states, they rely on what they call “galleries”, which looks very much like a Tesla store, but where employees can only educate the public on Tesla’s cars and technologies, then when they are asked about pricing or delivery information, they refer customers to the Tesla website.

There’s no known provision that can circumvent the regulations by using “mobile stores”. They are certainly a good way to test demand in areas where Tesla currently doesn’t have a presence, but it wouldn’t let Tesla offer test drives and talk pricing in states they are not allow to. The fact that these mobile stores were first previewed in Europe, where Tesla doesn’t face any problem with their direct-sale method, shows that the strategy is not meant to evade direct-sale laws.

In the US, Tesla’s first mobile store is debuting in Santa Barbara, California, and will move to the Hamptons, New York, next month. Two states in which Tesla is allow to sell, although under a limited number of stores in New York. This further demonstrate that they are not after the dealerships with this strategy. 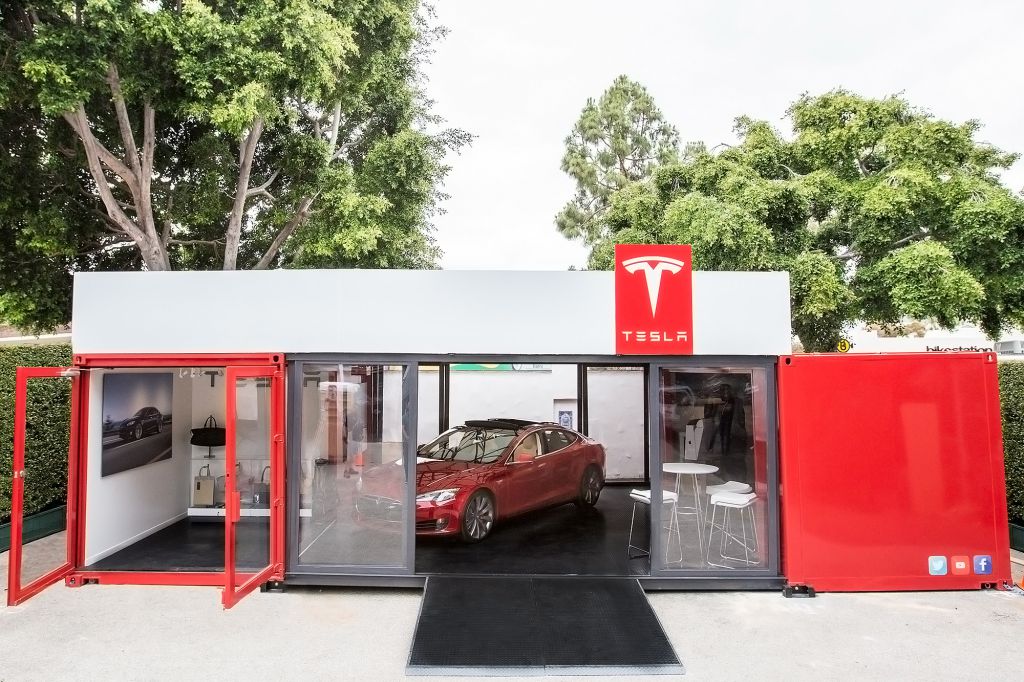 At this point we can only speculate about what could be Tesla’s “secret weapon”, but here’s an idea: a reward program for Model S owners who are generating leads and offering test drives. SolarCity, which could be considered Tesla’s sister company, found success with their “Solar Ambassador Program“. People can sign up to an app and submit leads to SolarCity. If a lead turns into a sale, the “solar ambassador” receives $250. Tesla could implement a similar program with their current Model S owners. Tesla is known to have a very enthusiast and knowledgeable customer base. Owners in regions where Tesla is not allowed to sell directly could offer test drives to potential customers, talk about their experience with the car and then maybe submit a lead to Tesla in a similar manner as SolarCity does with their program.

It’s not clear if paying them for these leads would be allowed under the current direct-sale laws, but they could offer “points” toward services from Tesla, like an extended warranty on their vehicle. This was something that was actually proposed by a Model S owner and shareholder at the 2013 Tesla shareholders meeting.

In conclusion, by the nature of the “secret weapon” working against the dealerships, I doubt the mobile store are it. Although, they remain a very interesting marketing tool.