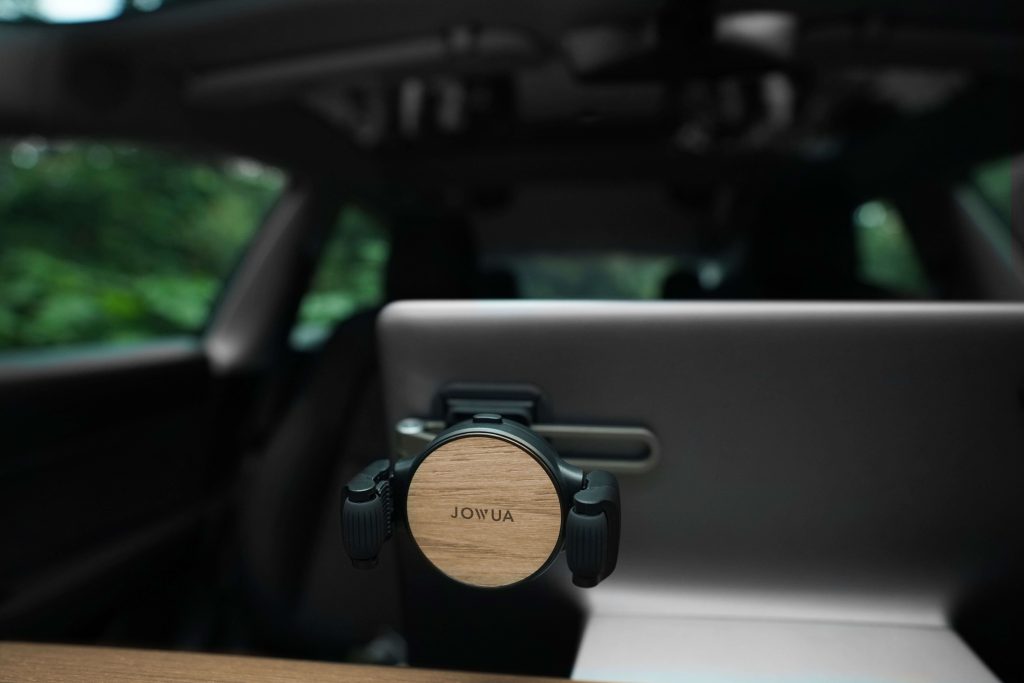 Given the huge display inside your Tesla, you may think a phone mount is a bit redundant. And well, for many people it very well may be! But for you, if you’re reading this page, you’re likely on the hunt for a great phone mount for your Tesla — whether it’s for driving Uber or just taking care of some calls during your commute, we have you covered. Here are the best Tesla phone mounts.

Electrek’s pick. A good mount for your Tesla Model 3 or Model Y.

The Topfit is very straightforward but also great. It’s a plastic mount that clips on to the side of your Tesla Model 3 or Model Y display. It does its job. It gets in the way of your view a little bit (as will almost any phone mount in a Tesla), but otherwise it’s solid. If you need a simple mount that will stay in place and let you access everything on your phone at a glance.

An alright pick. A nice-looking but flawed phone mount for Tesla owners.

There are lots of phone mounts on the market, but there aren’t many that are made specifically for Tesla owners. The Jowua mount is one of the rare exceptions. It has an invisible design that almost entirely hides behind your Tesla’s display, and it has a roller grip that makes it easy to pick up and place your phone in the mount with one hand. It can be mounted on either the driver or the passenger side, and it has a 360-degree swivel ball.

Why is the runner up? Well, it doesn’t exactly do a great job of sticking by default. The entire thing is held up with a single strip of 3M adhesive, and while it works great at first, it doesn’t exactly stay for a long time. This is fixable with a little ingenuity, but that’s up to you.

Other options and device mounting accessories

A great mount if you want more flexibility in positioning.

The Topfit is a great, simple mount if you want to mount your phone in your Model 3 or Model Y. It attaches to the air vent and offers 360 degree rotation so you can position your phone however you want. It’s cheap and it gets the job done.

Easily mount your tablet for a TV experience inside your Tesla.

If you’re wanting something a bit different when it comes to smart device mounts in your Tesla, this simple headrest mount can let you put a tablet on the back of the driver or passenger side seats. It works for most tablets (anything smaller than the 12.9-inch iPad Pro), and it easily snaps into the bracket in the gap below the headrest.