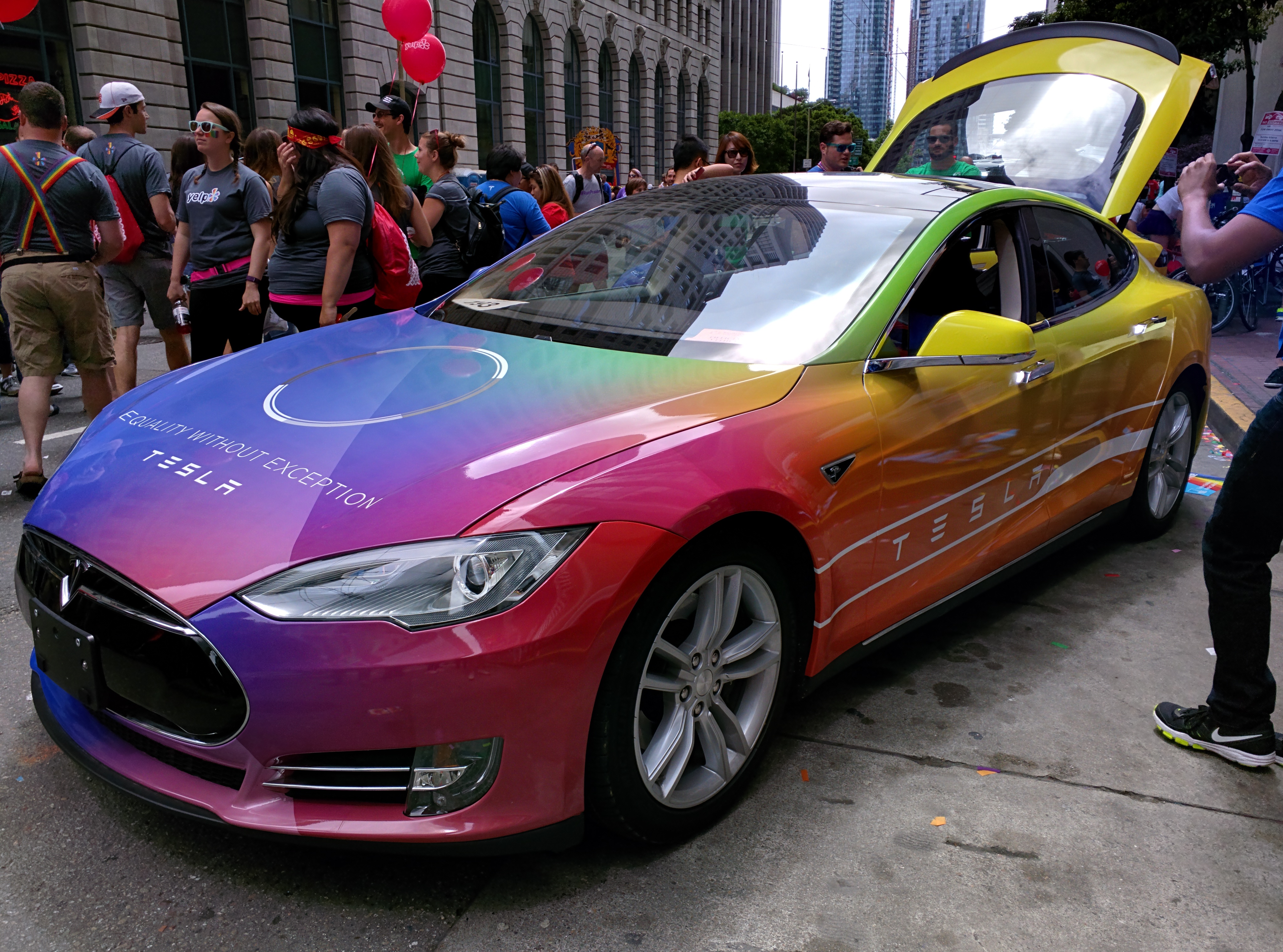 Tesla was among many Tech companies participating in last weekend’s Pride festivities in San Francisco and one Reddit user took the opportunity to catch the pace car for the Tesla group which I find way better than the 2014 edition below.

Some comments from the thread:

Video of the 2 Pride 2015 cars and another still below: END_OF_DOCUMENT_TOKEN_TO_BE_REPLACED