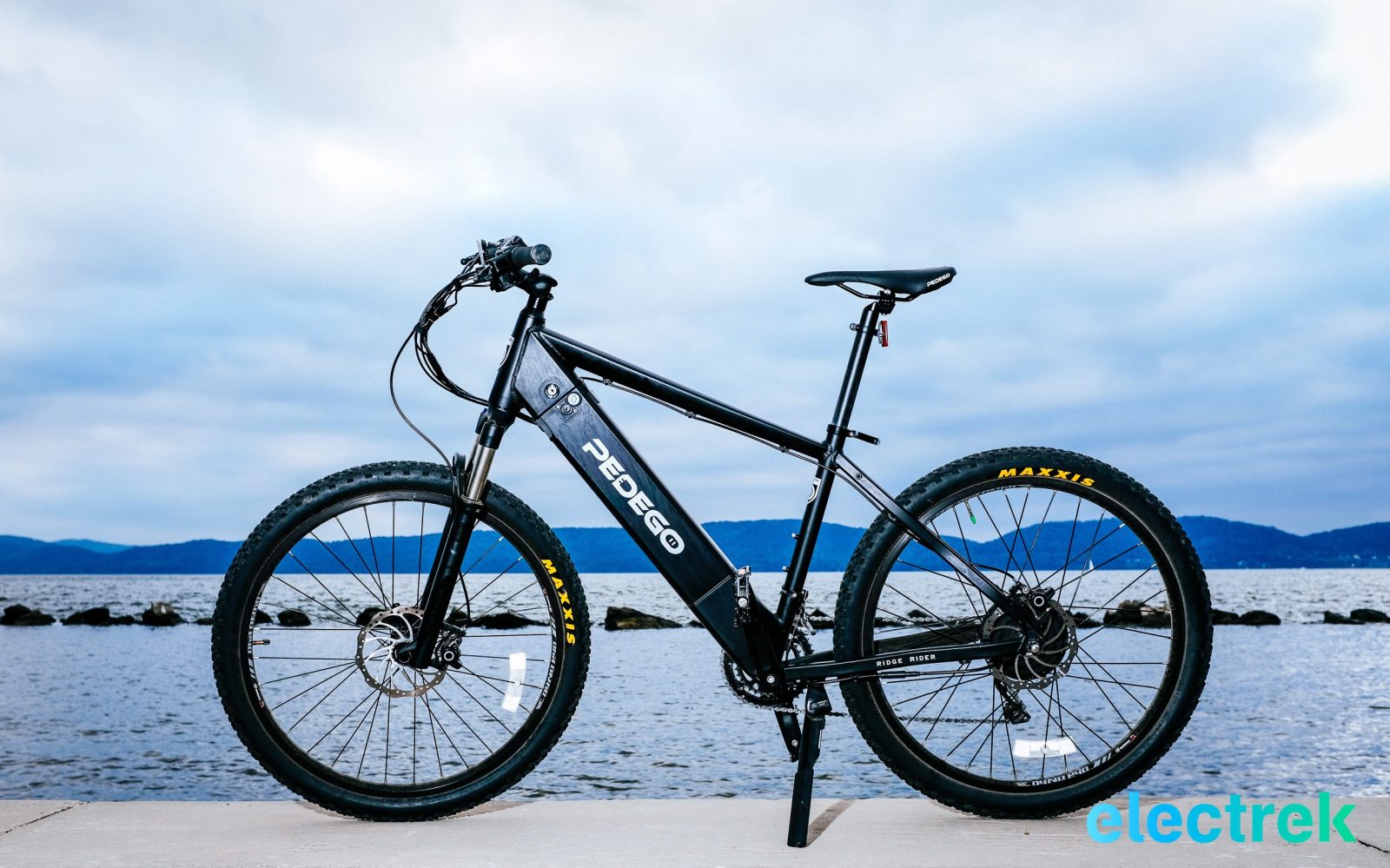 Today, we are reviewing a different kind of bike, the Pedego Ridge Rider, a hardtail mountain bike with RockShox Recon adjustable front suspension. Pedego likes to view itself as the Tesla of e-bikes, according to the CEO, Don DiCostanzo. Apparently, Elon Musk has a few in his garage. Unlike some other e-bike manufacturers, Pedego only makes electric bicycles. For them it is not some afterthought, it is their only thought. We had the Ridge Rider for a couple of weeks towards the end of the summer and after a few long rides, we can say that we thoroughly enjoyed it.