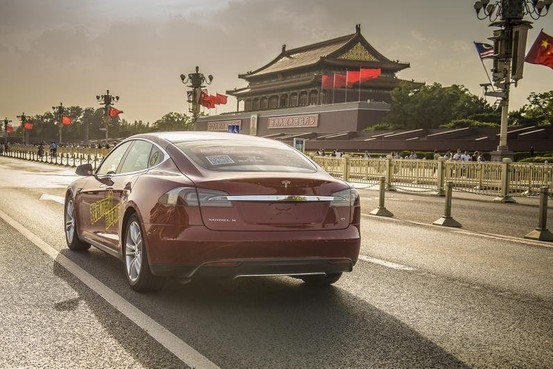 The Dark Web on Thursday suffered a major blow when a trio of law enforcement agencies seized Silk Road 2 along with two additional sites. At the same time, a 26-year old from San Francisco named Blake Benthall was arrested on charges of running Silk Road and, in the process, engaging in and facilitating a number of illegal activities such as the trafficking of illegal drugs and fraudulent IDs.

In reading over the story at Wired, a blurb regarding Benthall’s spending habits caught my eye.

The complaint also traces Benthall’s proceeds from his alleged management of the Silk Road 2′s bustling sales. Law enforcement officials found that he used a bitcoin exchange to cash out $273,626 between Silk Road 2′s creation in November of last year and October of this year. About $70,000 of that money went towards a down payment on a $127,000 Tesla Model S.

I suppose even individuals in the seedy underworld of the Dark Web know a quality vehicle when they see it.

And as it turns out, it appears that Benthall, for a short time, actually worked as a software engineer at SpaceX.