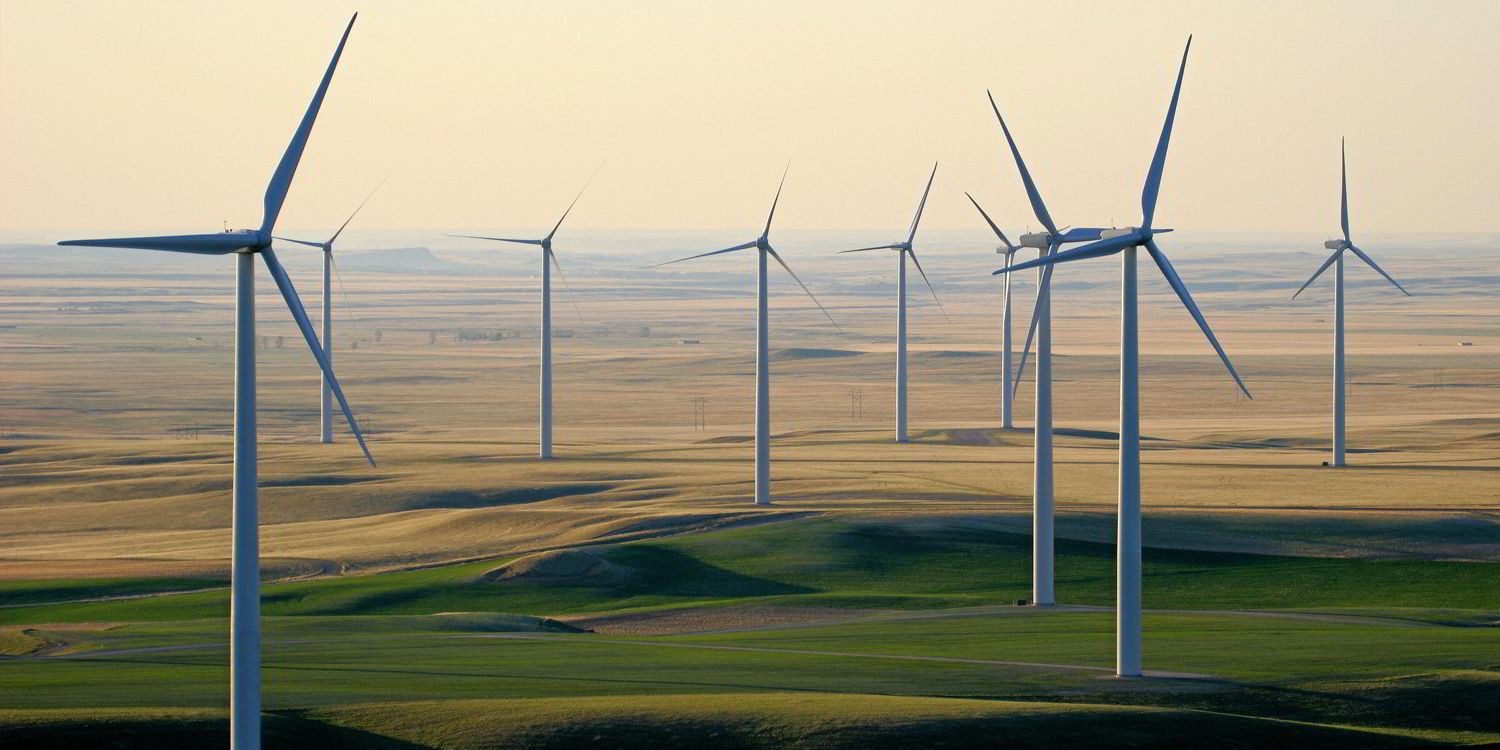 Scientists have come up with a way to make wind farms more energy efficient, and it doesn’t require new investment.

Wind turbines are controlled as freestanding units and only maximize their own power production, but the wake of each wind turbine impacts each other.

Essentially all existing utility-scale turbines are controlled ‘greedily’ and independently.

From a flow-physics standpoint, putting wind turbines close together in wind farms is often the worst thing you could do. The ideal approach to maximize total energy production would be to put them as far apart as possible.

But if wind turbines are spread out, that increases associated costs, so it’s not a practical solution.

Howland led a team of scientists supported by MIT and Siemens Gamesa Renewable Energy who published a new study yesterday in the journal Nature Energy. The researchers found – based on real-world tests at a utility-scale wind farm in India – that a wind farm’s energy output can be increased if individual turbines are optimized and the wind flow is modeled collectively.

Today, each turbine constantly senses the incoming wind direction and speed and uses its internal control software to adjust its yaw (vertical axis) angle position to align as closely as possible to the wind. But in the new system, for example, the team has found that by turning one turbine just slightly away from its own maximum output position — perhaps 20 degrees away from its individual peak output angle — the resulting increase in power output from one or more downwind units will more than make up for the slight reduction in output from the first unit. By using a centralized control system that takes all of these interactions into account, the collection of turbines was operated at power output levels that were as much as 32% higher under some conditions.

Howland estimates that, translated to the world’s existing fleet of wind turbines, a 1.2% overall energy improvement would produce more than 31 terawatt-hours of additional electricity per year, approximately equivalent to installing an extra 3,600 wind turbines at no cost. This would translate into some $950 million in extra revenue for the wind farm operators per year, he says.

The algorithm has the potential to be useful in any geographical location, and new hardware installation is not required to implement this efficiency improvement; it just requires making a software change. And reducing wake losses means turbines can be clustered even more closely together, thus saving on land or sea footprints.

Varun Sivaram, who made the real-world test in India possible because he was then chief technology officer of ReNew Power, India’s largest renewable energy company (and he’s now senior adviser to US special presidential envoy for climate John Kerry, said [via the California Institute of Technology]:

At the end, everyone was blown away by the magnitude of what was accomplished: an improvement in performance that costs nothing in terms of infrastructure investment to achieve.

ReNew Power is now using the study’s findings to optimize its other wind farms, and the research team is now going to turn its attention to offshore wind farms, which have a whole new set of challenges and opportunities.

Read more: If the big US climate bill passes, here’s how it could turbocharge solar and wind