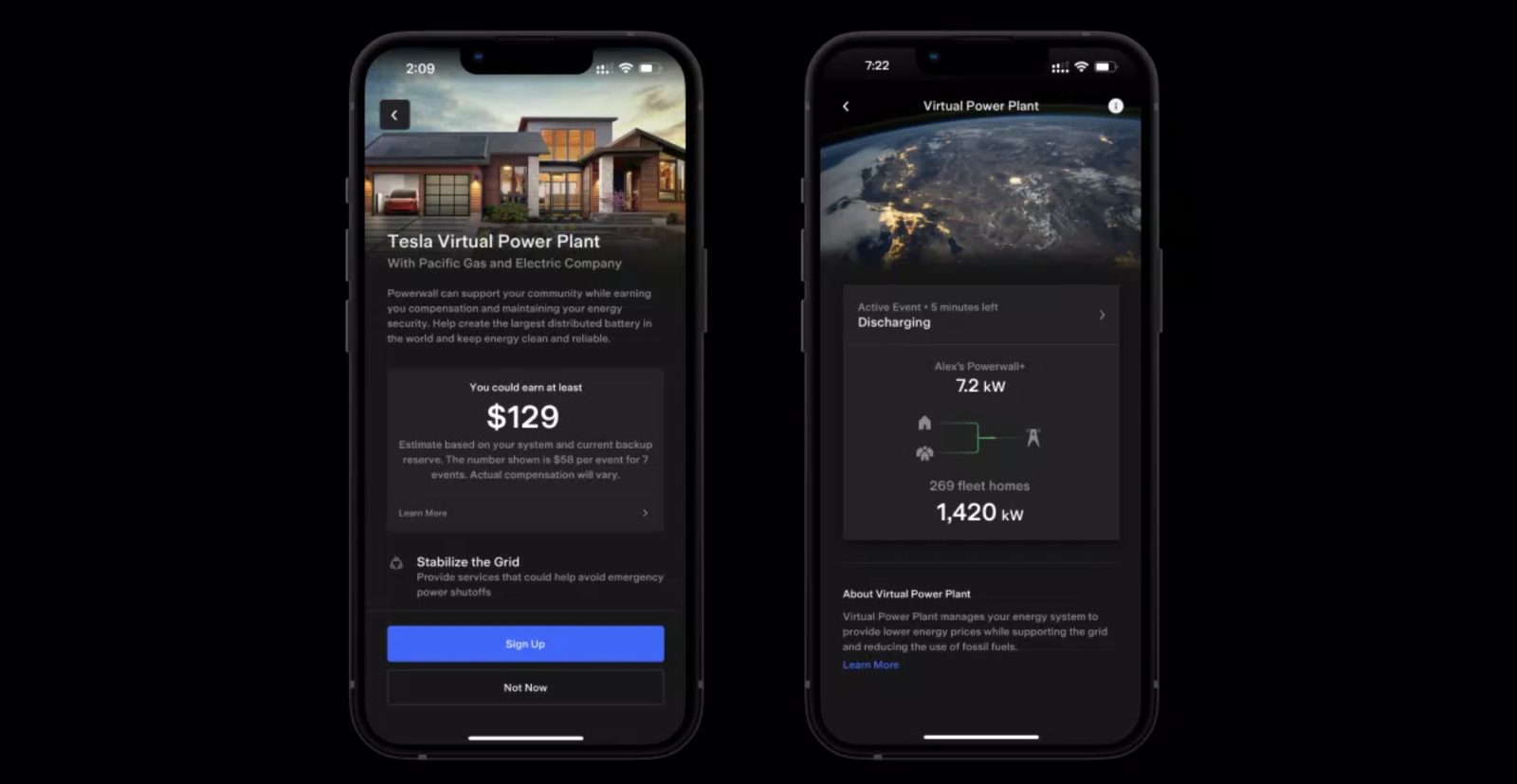 Tesla has launched a new virtual power plant in partnership with PG&E in California that will pay Powerwalls owners to help stabilize the electric grid and end brownouts in California.

A virtual power plant (VPP) consists of distributed energy storage systems, like Tesla Powerwalls, used in concert to provide grid services and avoid the use of polluting and expensive peaker power plants. Last year, Tesla launched a test VPP in California, where Powerwall owners would join in voluntarily without compensation to let the VPP pull power from their battery packs when the grid needed it.

Today, Tesla has partnered with PG&E to launch a new version of its virtual power plant that will actually compensate people participating:

Become a part of the largest distributed battery in the world and help keep California’s energy clean and reliable. Opt-in to the Tesla Virtual Power Plant (VPP) with PG&E and your Powerwall will be dispatched when the grid needs emergency support. Through the Emergency Load Reduction Program (ELRP) pilot, you will receive $2 for every additional kWh your Powerwall delivers during an event. Adjust your Backup Reserve to set your contribution, while maintaining backup energy for outages.”

The $2 per kWh amount is quite significant and reflects just how much value a VPP can add to the grid in case of an emergency event where the grid needs more capacity.

Depending on the events and the number of Powerwalls homeowners have, they could earn anywhere from $10 to $60 per event or even more for bigger systems.

Tesla lists some of the advantages of the VPP with PG&E:

Tesla said that it has about 50,000 Powerwalls that could be eligible for this VPP, which add up to a significant 500 MWh of energy capacity than can be distributed in any event.

I think people don’t fully understand how important this technology is going to be. With the rapidly rising demand for electricity, partly because of electric vehicles, and an aging grid that is subject to brownouts, this is a great seamless decentralized solution – or at least part of the solution.

For Tesla, it is basically going to turn the company into a major decentralized electric utility. It’s already in operation in Australia. Now it’s in California, and soon it is going to be in Texas.