US offshore wind auction for NY Bight is final, attracts a record $4.37B in bids [Update] 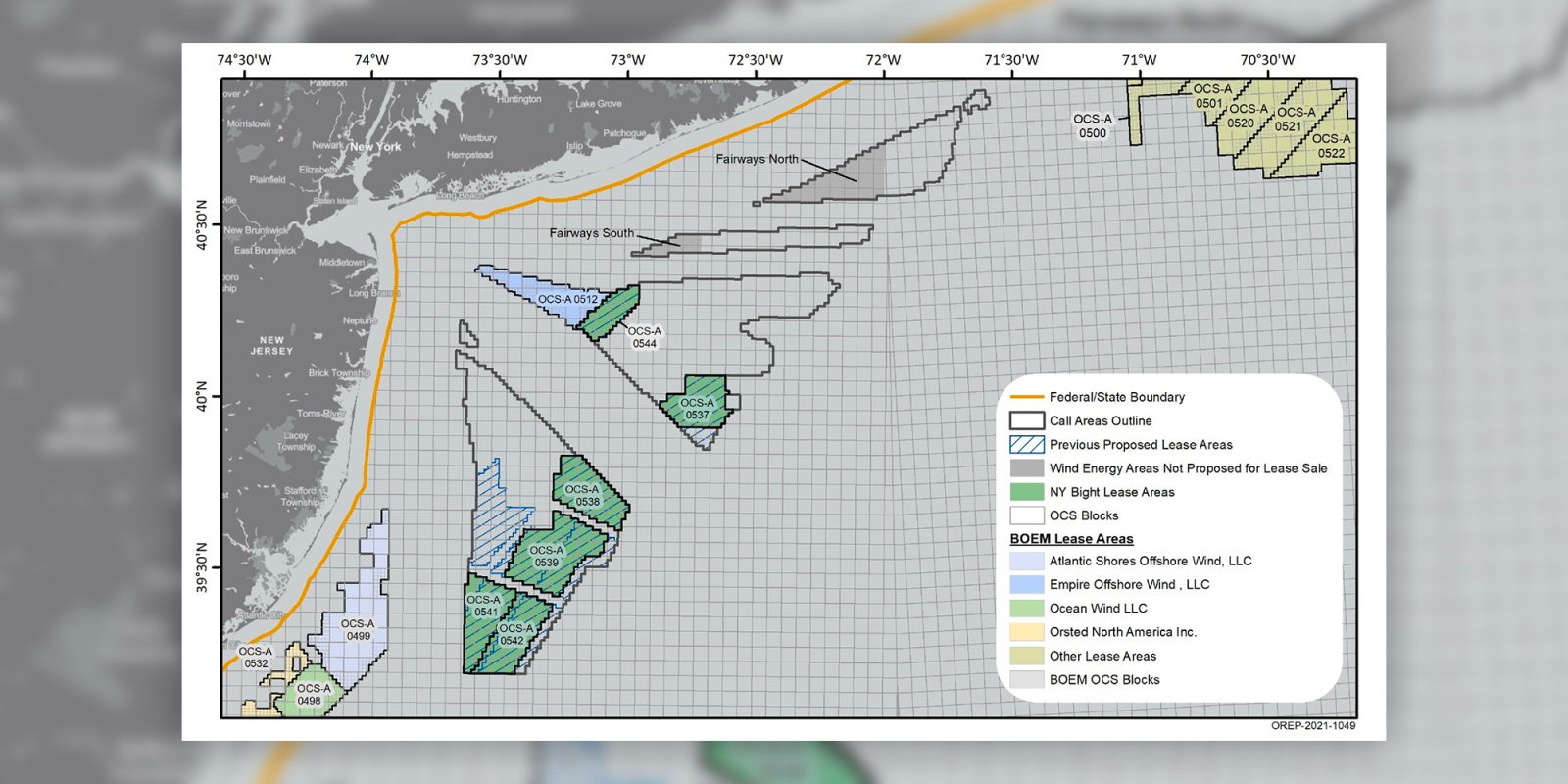 On January 12, Secretary of the Interior Deb Haaland announced that the Bureau of Ocean Energy Management (BOEM) would hold an offshore wind energy auction for more than 488,000 acres in the New York Bight. It’s now complete, and the auction achieved $4.37 billion in high bids. It’s a huge leap forward for the fledgling US offshore wind industry

February 25 update: The offshore wind auction began on Wednesday and stretched into Friday afternoon. Here are the winners, followed by the map:

This week’s offshore wind sale makes one thing clear: The enthusiasm for the clean energy economy is undeniable and it’s here to stay.

The investments we are seeing today will play an important role in delivering on the Biden-Harris administration’s commitment to tackle the climate crisis and create thousands of good-paying, union jobs across the nation.

Liz Burdock, CEO of the Business Network for Offshore Wind, the only nonprofit focused solely on growing the US offshore wind industry and its supply chain, said in an emailed statement:

Gains here today will go a long way to achieve the Biden Administration’s goal of 30 GW by 2030 and will play a critical role in the formation of a domestic supply chain. We look forward to the administration conducting planned auctions in the Atlantic, Pacific, and Gulf of Mexico over the next few years, which will build off of this week’s momentum.

BOEM is providing round-by-round updates on the online auction throughout the day. Once the auction ends, the Department of the Interior will announce the provisional winners for each of the six lease areas.

The New York Bight extends northeasterly from Cape May Inlet in New Jersey to Montauk Point on the eastern tip of Long Island.

Just before noon ET today, BOEM was on round 30 of the auction, where combined live bids for the six leases stood at $2 billion. Reuters points out:

That easily topped the US offshore wind auction record of $405 million set in 2018. It was also far more than recent oil and gas auctions in US federal waters. A sale of drilling rights in the Gulf of Mexico late last year, for instance, attracted $191.7 million in high bids.

There are 25 eligible bidders. Offshorewind.biz points out:

Shell, BP, and Equinor, alone or through joint ventures, are pre-qualified to bid, as are RWE, SSE Renewables, Ocean Winds, and Iberdrola’s Avangrid Renewables, among others. According to a spokesperson from Ørsted, the offshore wind giant is also an eligible bidder, but through a company under a different name – which the developer is keeping a secret until after the auction is completed.

The offshore wind power cited in the areas under auction areas has the potential to power nearly two million homes in the future, once it’s fully up and running. The collective installation capacity, according to BOEM, is 5.6 gigawatts and total power production is 19,625,081MWh/year.