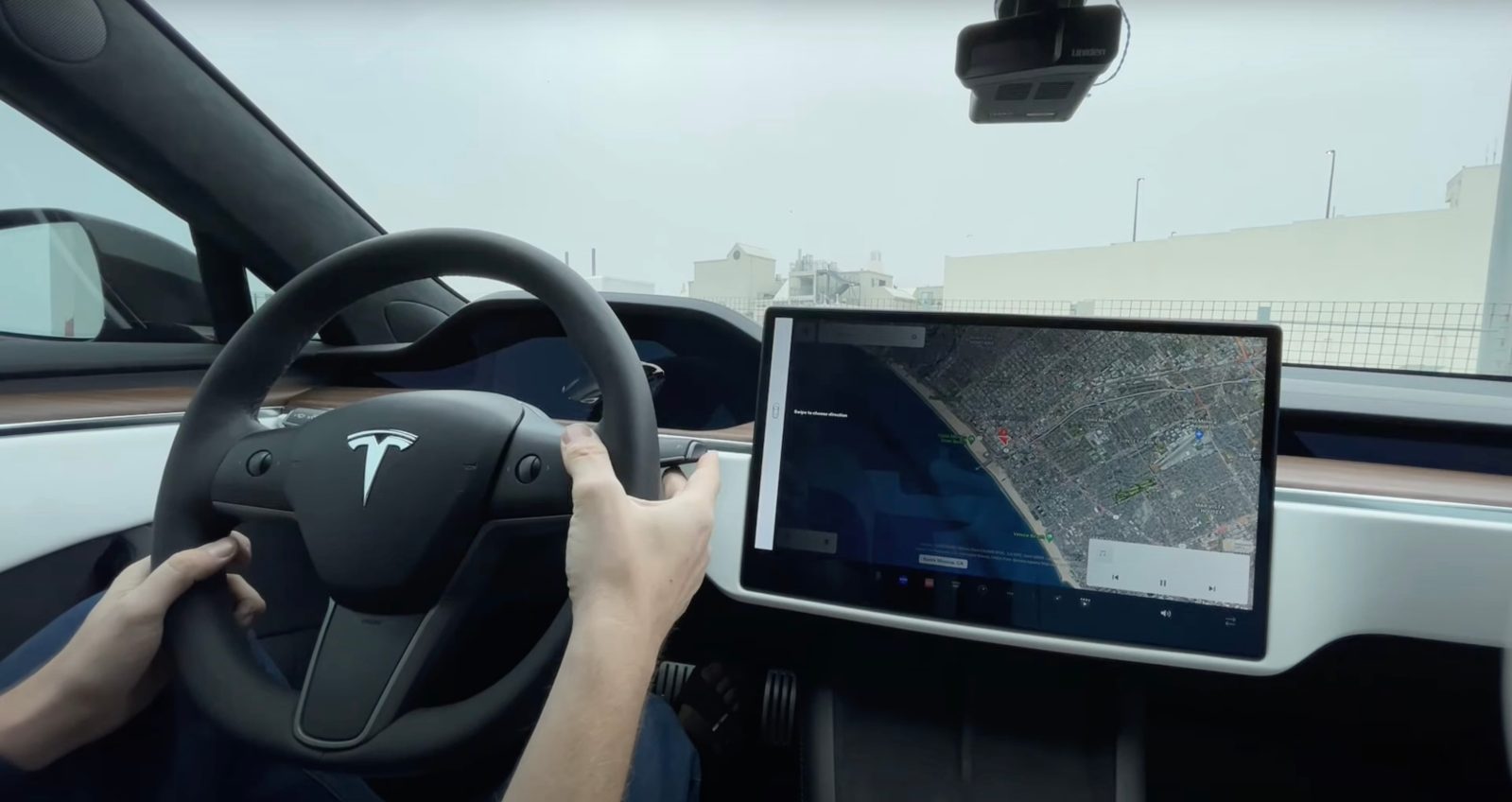 A Tesla Model S Plaid owner has successfully removed the ‘yoke’ steering wheel and replaced it with a regular Model 3 steering – the stalks and all.

When Tesla unveiled the new Model S with the “yoke” butterfly steering wheel, it was controversial. Some were worried about the actual shape of the wheel being problematic, while others were concerned about the lack of drive stalk to choose the drive mode.

However, as Tesla started deliveries of the new Model S Plaid last month, we were surprised to see that the wheel had a normal 14.0:1 steering ratio, and it is proving to be impractical at lower speeds.

In the meantime, Musk confirmed that Tesla doesn’t plan to offer a regular steering wheel as an option with or without stalks.

By confirming that, the CEO basically created an aftermarket for wheel retrofits on the Model S Plaid and all other Tesla vehicles using the new steering wheel, like the new Model X and upcoming Roadster and Cybertruck.

Early Model S Plaid owner Ryan Huber is one of the first to take on the project of replacing the yoke wheel with a regular one, and he recently completed his retrofit:

“When I started on this project, I planned to make everything, including the Model 3 wheel, work. Over the time I’ve had the car, I’d grown accustomed the yoke, minus the haptic controls, which remain awful (even in the new version). I planned to set the car up as Yoke + stalks for my normal config, and to toss the round wheel on for fun, rarely. But then I got the controls on the round wheel working, and I’m not going back to the Yoke.”

The tinkerer has even managed to make the Model 3 wheel’s scrolls work with the Model S software:

Huber said that he doesn’t plan to sell his retrofit as a kit, but he is sharing his work on Github to help other people who want to attempt to do the same.

As a warning, it’s not an easy task. For example, Huber had to write custom firmware in order to make the Model 3 wheel work on the Model S Plaid firmware.

We are aware of several aftermarket companies working on offering a similar retrofit as a kit, but it looks like Huber might be the first to make it work.