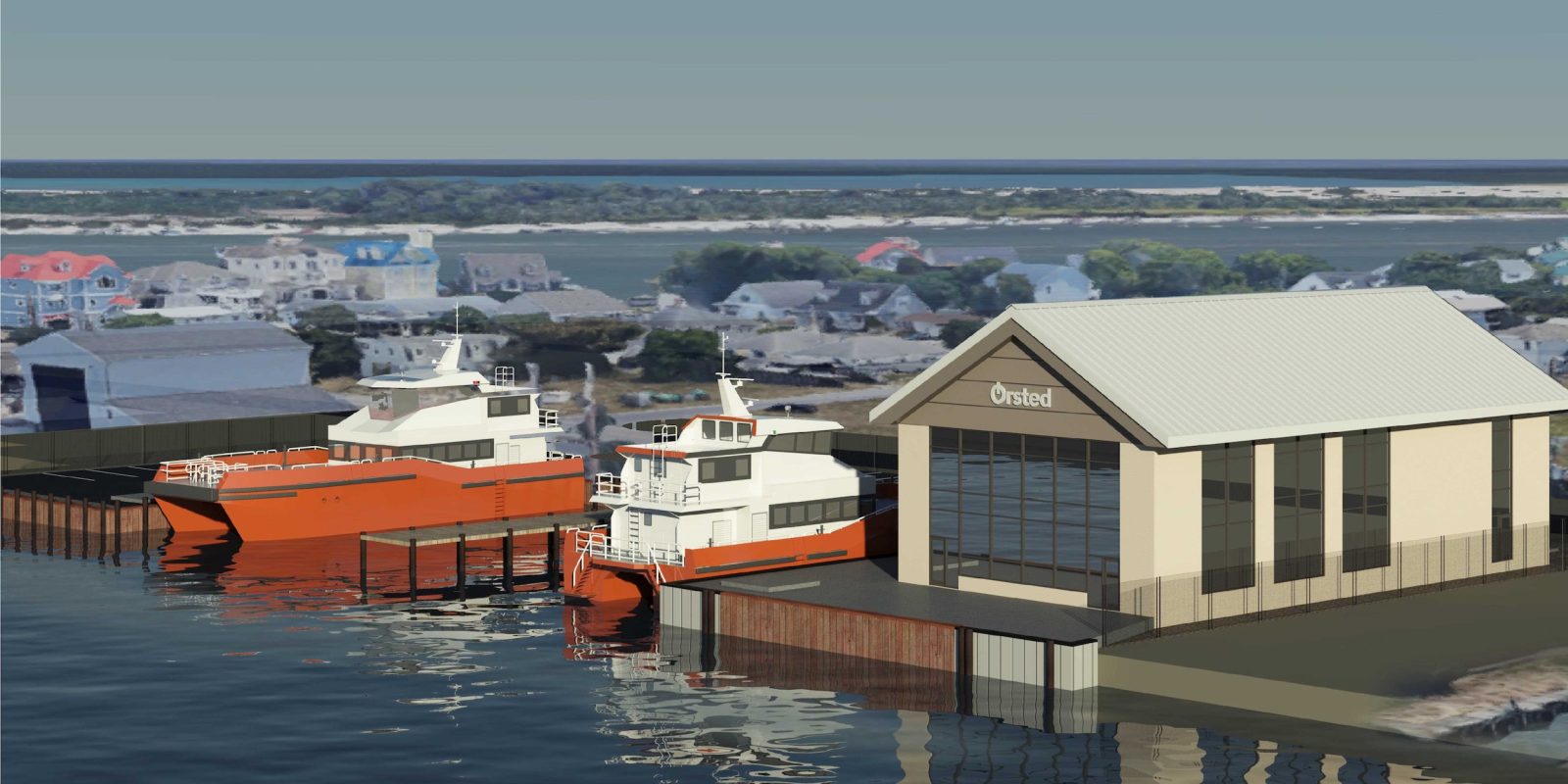 Ørsted’s Skipjack Wind 1 will be a 120-megawatt (MW) offshore wind farm in Maryland that will power 40,000 homes once it goes live in the second half of 2026. It will generate $225 million in economic investment and create nearly 1,400 jobs in the state. Large offshore wind farms give rise to other projects, such as a new $20 million maintenance facility in Maryland for Skipjack Wind 1, which the Danish wind giant announced today.

Skipjack Wind, which will be 19 miles off the coast of the Delmarva Peninsula (Delaware, Maryland, and Virginia), will feature GE’s Haliade-X 12MW wind turbines.

In order to service it, Ørsted is going to build Maryland’s first emission-free offshore wind operations and maintenance facility in west Ocean City.

The nearly $20 million facility will create up to 110 temporary and permanent jobs in the community, and position the Ocean City area as a strategic hub for offshore wind jobs and economic activity.

The new facility will serve as the strategic embarkation point for up to three Crew Transfer Vessels (CTVs) that will service Skipjack Wind 1. It will include a warehouse and serve as Ørsted’s Ocean City area office.

Ørsted will use zero-emission CTVs and dock them at the facility as part of its commitment to sustainability and environmental stewardship. The facility will serve as the permanent home for key members of the Skipjack Wind 1 Maryland team, including wind turbine maintenance technicians, engineers, operations personnel, and other roles. The timeline for the facility will be announced by Ørsted in the coming weeks.

Despite the fact that Skipjack Wind 1 is 26 miles from the Ocean City pier, some residents are concerned about being able to see the turbines, including Ocean City’s mayor, Rick Meehan, who claimed at a public service commission hearing on September 28 that the wind farm “will destroy the pristine view of the horizon.”

Every time a big step is taken to advance US offshore wind, I get excited and feel optimistic. Ocean City residents love their town and love their beach. I know it well; I spent many days as a child on that beach, as did my parents and grandparents.

But what those who worry about the view are not thinking about is how climate change will cause irrevocable damage to their town and beach that will far outweigh any concerns they might have about the way the wind farm looks.

I personally find wind turbines exciting, but not everyone does. I certainly believe wind turbines on the horizon are better than having no beach at all. When Ocean City has a big storm, the beach floods. It’s entirely possible that it could disappear permanently.

I don’t need a “pristine view.” I’d rather the beach still be there, where I can admire the giant beauties creating clean energy, which can help keep global warming at bay.

Read more: US offshore wind workers to get virtual reality training in Maryland