Android Auto now works in Tesla vehicles through the browser 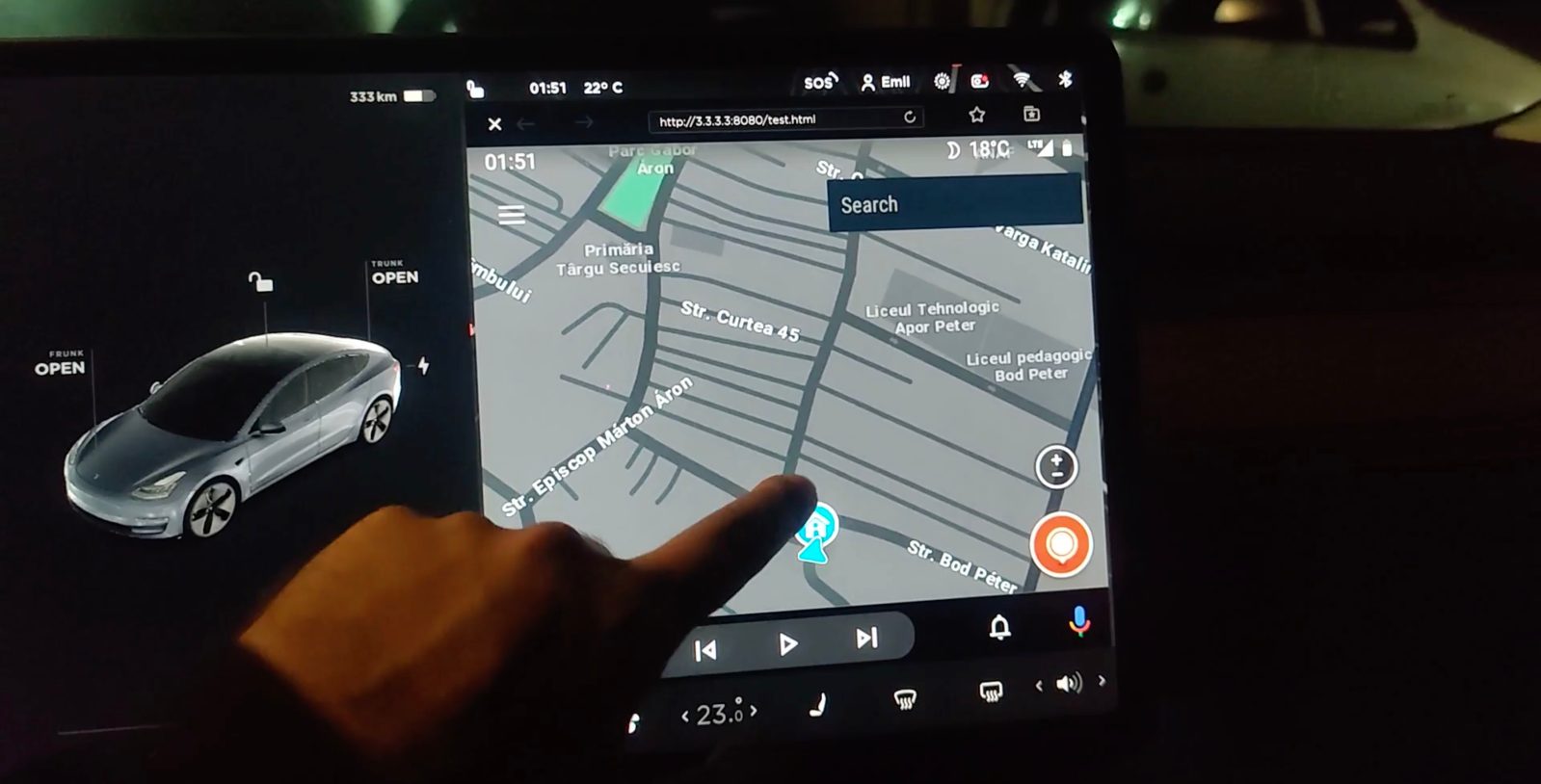 A developer managed to get Android Auto working in Tesla vehicles through the web browser and an app on Google Play.

One of the most requested features by Tesla owners is enabling phone mirroring apps like Android Auto and Apple Carplay.

At one point, CEO Elon Musk said that Tesla was working on phone projection apps, but as is sometimes the case, it hasn’t happened. The automaker is instead investing in a closed system where it controls the entire user interface and experience.

Developer AAWireless has been teasing a workaround using Tesla’s web browser, and just released it: TeslAA – Android Auto over Tesla Browser. 9to5Google detailed the early version of the product in June

Tesla owners can simply download the app, which costs $6.50, and put it to use. Users connect their phone to their car through Bluetooth, connect the Tesla WiFi to the phone’s hotspot, and then go to androidwheels.com on your in-car web browser.

This Android Auto implementation enables users to display apps like Google Maps or Waze directly on their Tesla’s center display.

The app is still in beta, but it seems like it is working fairly well:

The developer did warn of some known issues before.

It looks like it is working fairly well, but I’ll try it myself to make sure and report back.

I am actually a fan of Tesla’s user interface and I’ve never been one of those Tesla owners calling for Android Auto/Apple Carplay integration, but I do acknowledge that there are limitations to its navigation system, which gave me some trouble just last weekend.

I am willing to give it a try.