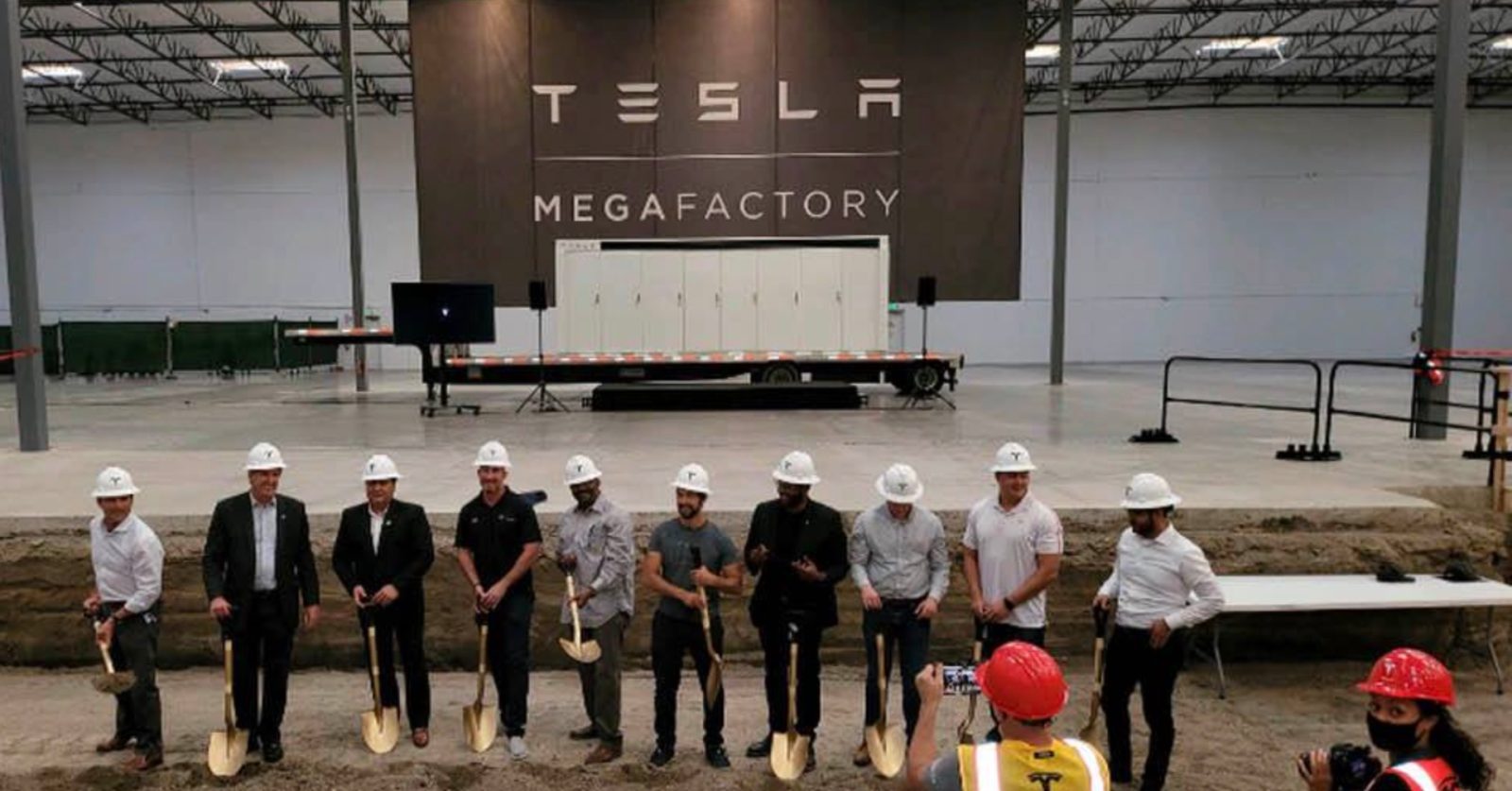 Tesla announced that it has broken ground on a new facility called ‘Megafactory’ in Lathrop, California.

It will be used to produce Megapacks, Tesla’s biggest batteries for stationary energy storage.

As of now, Tesla exclusively produces its battery packs for its energy division, Powerwall, Powerpacks, and Megapacks, at Gigafactory Nevada.

But now it looks like the company is going to expand production to California.

Sonny Dhaliwal, mayor of Lathrop, made the announcement of the new “Tesla Megafactory” on Facebook:

“We are proud to be the home of the Megafactory, Tesla’s most recent expansion here. The future of green energy will be produced right here in our community. This development means more prosperity for our city, more employment opportunities for our residents, and a brighter future for our planet.”

He shared some pictures of a groundbreaking ceremony that confirm the new factory will produce Megapacks:

Almost exactly two years ago, Tesla launched the Megapack. It was Tesla’s third stationary energy storage product after the Powerwall and Powerpack.

With the bigger size and integrated power electronics, Tesla claims that the Megapack is 60% more energy-dense than its Powerpack.

It also comes onsite ready to install and can ship in containers.

It’s interesting that Tesla is now expanding to Lathrop to produce the new battery packs.

In 2019, we took a closer look at Tesla’s real estate and operations in Lathrop.

According to Tesla’s 10-K SEC filing, the company owns a 500,000-square-foot building in Lathrop, which is about an hour east of Fremont factory, and it has long-term leases on at least three more buildings for a total of over 1 million square-feet of floor space in the city of about 23,000 people.