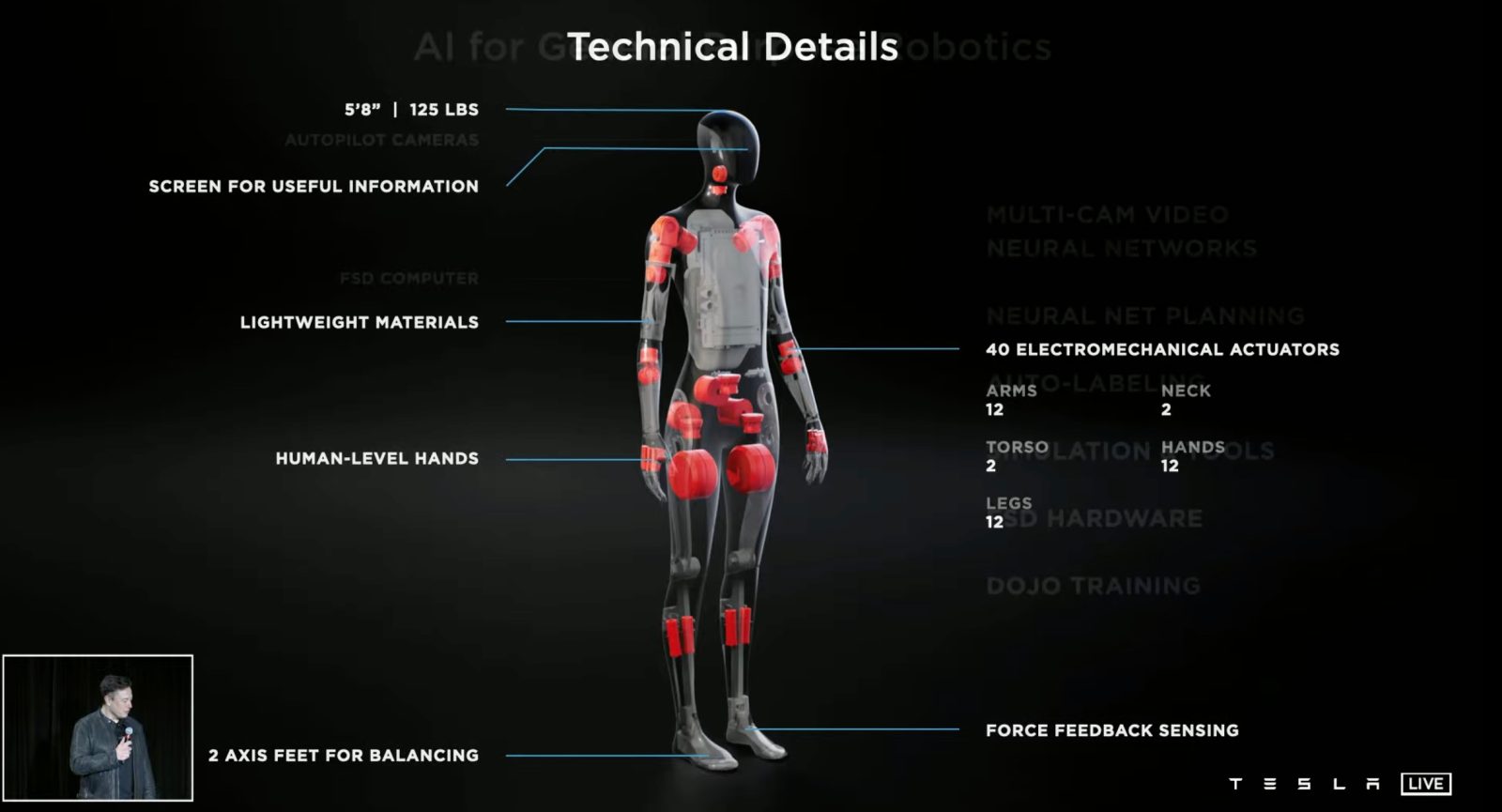 Tesla has started to hire roboticists to build its recently announced “Tesla Bot,” a humanoid robot to become a new vehicle for its AI technology.

When Elon Musk explained the rationale behind Tesla Bot, he argued that Tesla was already making most of the components needed to create a humanoid robot equipped with artificial intelligence.

The automaker’s computer vision system developed for self-driving cars could be leveraged for use in the robot, which could also use things like Tesla’s battery system and suite of sensors.

However, Tesla has never developed a humanoid robot before and doesn’t have expertise in robotics.

Musk described Tesla AI Day as a recruiting event to go get some of that talent.

While the focus was on AI, Tesla is also looking for roboticists now that Tesla Bot is in the cards.

Tesla wrote in one of the job descriptions:

“The Tesla humanoid robotics modeling team is looking for a highly skilled and motivated colleague that would like to help building the next generation biped robot. You will be working closely with a multi-disciplinary team with the goal to build a humanoid robot that can support manufacturing operators in tedious and exhaustive tasks.”

Interestingly, Tesla specifically references “a humanoid robot that can support manufacturing operators” – something that the CEO didn’t emphasize during the presentation.

As for the job postings related to actuators, the automaker describes the new level of expertise that it is looking to develop in order to build Tesla Bot:

This position is critical to the development of the high-performance electromechanical rotary and linear actuator systems for humanoid bi-pedal robots (Tesla Bot). Tesla actuators need to deliver high performance, efficiency, and torque (force) density. You will join the team of electromagnetic motor design engineers to develop the most torque and force dense rotary and linear actuator systems in the world.”

The people hired for those positions are going to develop a working prototype of Tesla Bot, which doesn’t exist yet.

Musk said that Tesla aims to unveil a prototype next year.