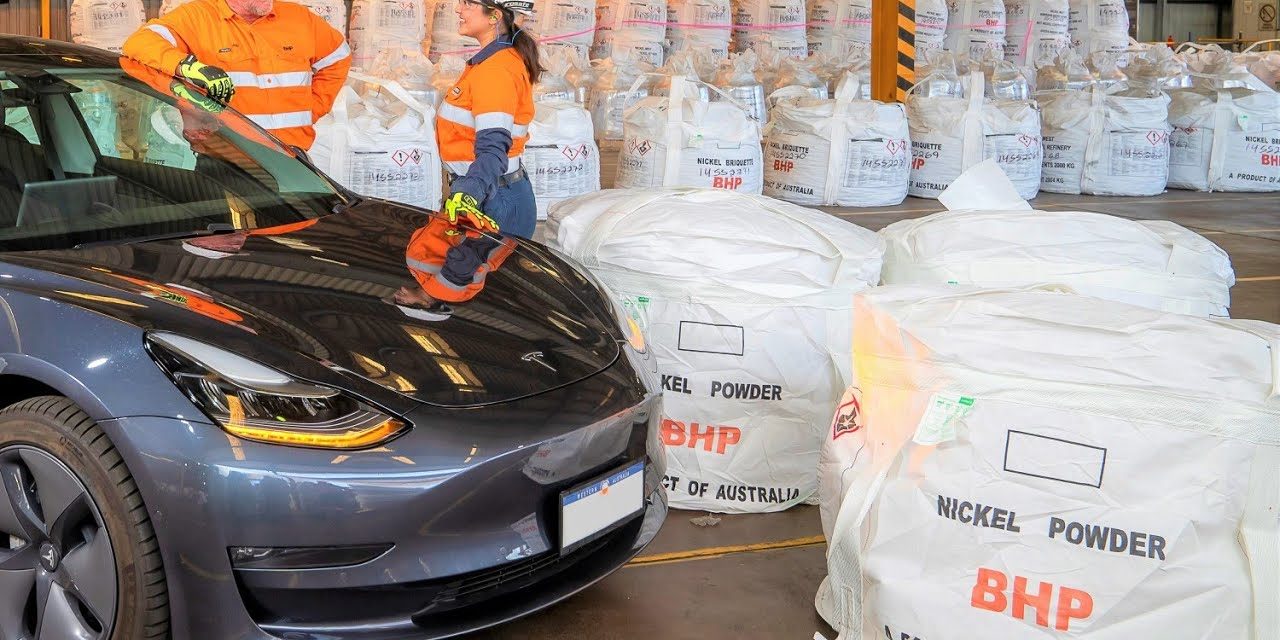 Tesla has signed a new deal with BHP, the world’s largest nickel miner, in order to secure the resource for upcoming battery production.

There are several raw materials that are seeing a surge in demand from battery manufacturers for electric vehicle production.

Nickel is one of them.

It is already in strong demand from other sectors, and batteries are only adding to it.

Tesla CEO Elon Musk recently urged nickel miners to increase production, and he was right to do so.

The EV market is already affecting the nickel industry despite BEVs representing less than 4% of the global auto industry.

By the end of the decade, it is expected that EV nickel demand would jump from 5% to 59% of overall nickel supply – resulting in an important need to ramp up production.

Tesla has been making a lot of moves to try to secure large amounts of nickel.

Earlier this year, we reported on Tesla submitting an investment proposal for a battery project in nickel-rich Indonesia with the goal to exploit the local resource.

Now we learn that Tesla has secured a deal for nickel supply from BHP, the largest producer of nickel.

BHP announced the deal in a press release today:

“BHP will supply Tesla Inc. with nickel from its Nickel West asset in Western Australia, one of the most sustainable and lowest carbon emission nickel producers in the world.”

“Demand for nickel in batteries is estimated to grow by over 500 per cent over the next decade, in large part to support the world’s rising demand for electric vehicles. We are delighted to sign this agreement with Tesla Inc., and to collaborate with them on ways to make the battery supply chain more sustainable through our shared focus on technology and innovation.”

On top of the supply deal, Tesla and BHP have announced a new partnership to use blockchain technology in their supply chain logistics.

They wrote in the press release:

“In addition to the supply agreement, BHP and Tesla Inc. will collaborate on ways to make the battery supply chain more sustainable, with a focus on end-to-end raw material traceability using blockchain; technical exchange for battery raw materials production; and promotion of the importance of sustainability in the resources sector, including identifying partners who are most aligned with BHP and Tesla Inc.’s principles and battery value chains.”

Finally, BHP also disclosed that it will look into using Tesla’s energy storage products in its operations to lower its carbon emissions.

Tesla plans to ramp up its own battery cell production to volume production within the next year, and it is going to need a lot of raw materials, including nickel, to do it.

Furthermore, the automaker has made it clear that it will also buy all the battery cells that they can from other suppliers, and it has been known to secure materials for its battery suppliers, too.