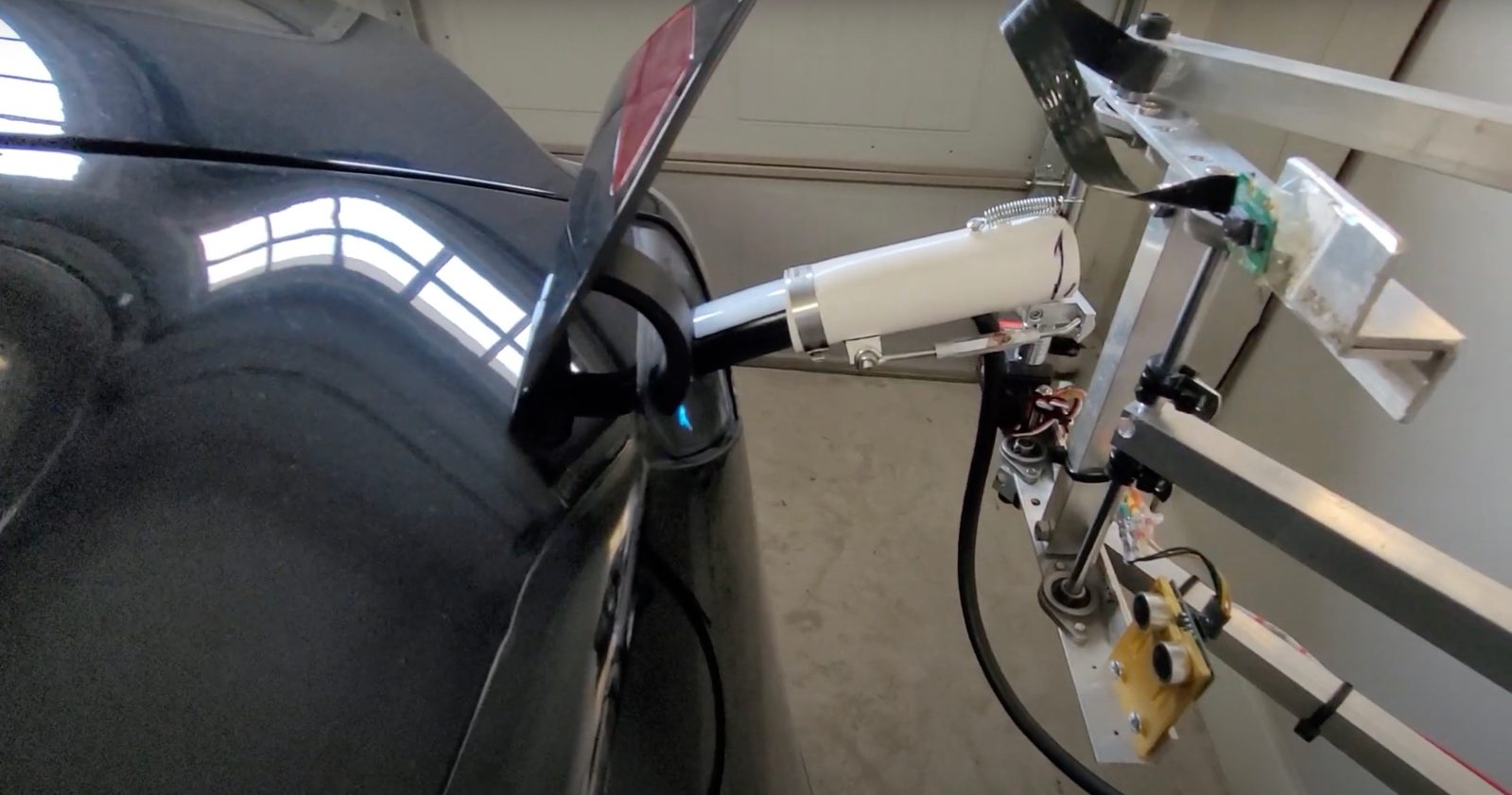 A Tesla owner built a robot to automatically plug his electric car for overnight charging — something that Tesla has previously announced that it is working on.

The idea of automatically charging electric vehicles have been around for a while.

It seems to have emerged from the idea that electric vehicles are not as convenient to charge as gasoline-powered vehicles are to fuel.

This is not exactly true.

Electric vehicles can be charged overnight at home, which makes them way more convenient than gas-powered cars.

The only aspect that can be seen as less convenient is the charge time versus refueling time when on the go.

But even then, the actual act of plugging in an electric car is actually not in any way less convenient than pumping gas.

However, like Elon Musk said last week, every input is an error, and it’s one more thing to automate, which could be particularly useful once self-driving cars become a reality. They could plug themselves and come back to you fully charged.

Years ago, Tesla unveiled its metal snake charger robot, which we recently learned is not dead yet, but there hasn’t been a lot of development on that front.

It doesn’t stop some owners to take the matter into their own hands.

Tesla owner Pat Larson just unveiled his own homemade robot that can automatically plug in and charge his Tesla at home:

It’s not pretty. It’s not fast, but it works, and that’s the important part. Also, it fits quite flat on the wall of his garage, which is exactly what you want from your home charger.

At the heart of the build, Pat is using a Raspberry Pi 4 as the brain with a camera to detect the charge port.

The system actually uses computer vision and machine learning to detect the reflector on the charge port door and the lighted Tesla logo to help align the connector.

He is using few actuators and cervos to move the connector.

Interestingly, since there’s nothing to press the button on the connector to open the charge port door, Pat is using the Tesla API to automatically open it, as you would through the Tesla mobile app.

Once plugged in, the system again relies on Tesla’s API to initiate charging based on a specific schedule, which a lot of owners are starting to use to get the best electricity rates at night.

Again, the robot doesn’t solve a very big problem of plugging in your car when you get home, but it is still a technology that makes sense. If you are to imagine a future with electric self-driving vehicles everywhere, I can see the charging process also being automated.

Obviously, this is an early prototype, but it’s an impressive one. What do you think? Let us know in the comment section below.