The world’s most powerful tidal turbine launches in Scotland 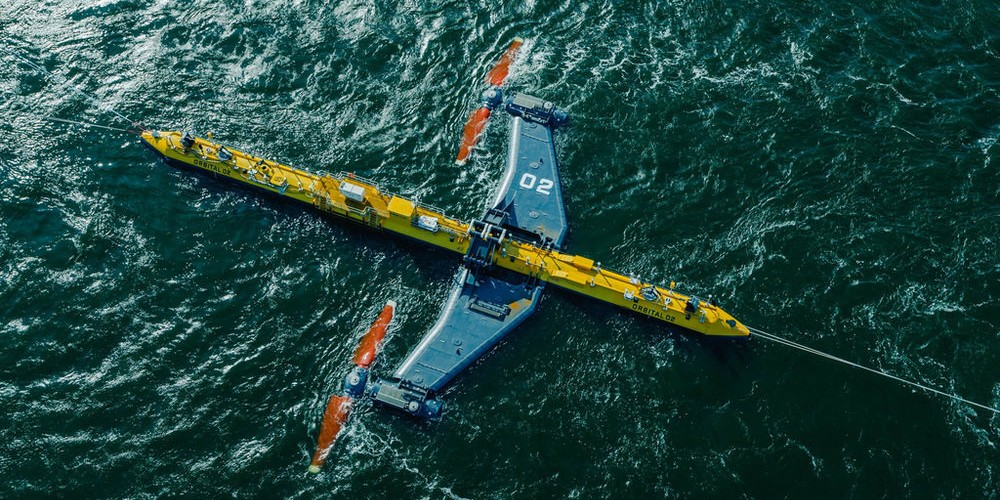 Orbital Marine Power yesterday launched its 2MW tidal turbine, the Orbital O2, in Scotland. It will become the world’s most powerful operational tidal turbine once it has been commissioned and connected to the European Marine Energy Centre in the Orkney Islands.

The world’s most powerful tidal turbine

Osprey Shipping Ltd managed the operation that transferred the 680-tonne tidal turbine from the Port of Dundee into the River Tay using a submersible barge. It was the first vessel launch from Dundee since shipbuilding ended more than 40 years ago.

Aberdeen-based TEXO Fabrication managed the turbine build, which started in the latter half of 2019, as Electrek reported. The project supported around 80 jobs. Here’s an animation from 2018 that explains how the Orbital O2 will work:

And now it’s become a reality. According to Orbital Marine:

O2 has the ability to generate enough clean, predictable electricity to meet the demand of around 2,000 UK homes and offset approximately 2,200 tonnes of CO2 production per year.

The O2 turbine has a 74-meter-long hull structure with twin 1MW power generating nacelles at the end of retractable leg structures. Its 10-meter blades give the O2 more than 600 square meters of swept area to capture flowing tidal energy.

The final product is pretty awesome. Check out the short video below from a couple weeks ago in which it’s being moved to the water:

The O2 is a remarkable example of British cleantech innovation, and the build we have completed here is an inspiring display of what a UK supply chain can achieve if given the opportunity – even under the extraordinary pressures of a pandemic.