EGEB: ‘Big 6’ US banks now all say they will align with Paris Agreement 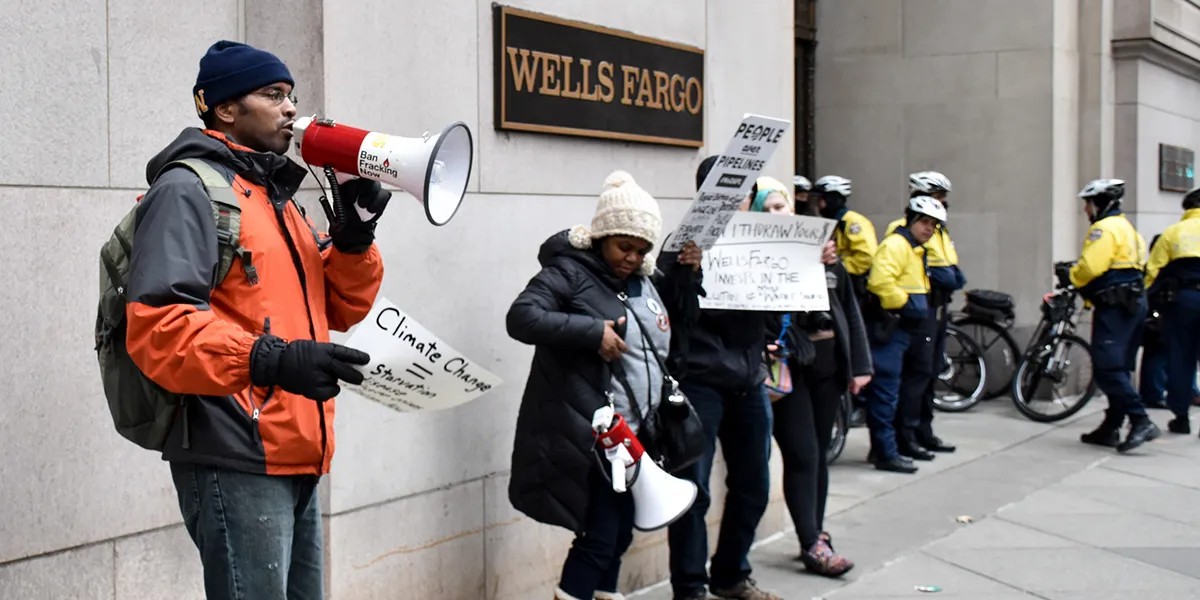 Wells Fargo, the third-largest US bank by assets, has said it will set a goal of net-zero greenhouse gas emissions for its financing activities by 2050. That includes the companies and projects it finances. Goldman Sachs and Citigroup made similar pledges last week. JPMorgan Chase did the same in October 2020, and Bank of America and Morgan Stanley have also said they would adhere to the Paris Agreement.

This transition to a lower-carbon economy is real. And we want to be leaning into it, financing it, and helping our clients through it rather than ignoring it.

It doesn’t take a scientist to notice our clients are affected by changes in climate. When a wildfire burns down a major portion of California or a once-in-a-century flood occurs every five years, that implies risk to people and companies in its path.

And like other big banks, Wells Fargo has yet to say how they’re going to do this [via CNN Business]:

The bank said it plans to set and disclose interim targets for select carbon intensive businesses — including oil, gas, and the power sector — by no later than the end of 2022.

We will be looking to Wells Fargo to fill in the details of its climate plans by setting interim targets and transparently reporting progress toward those goals.

But… there’s a hitch. DeSmogUK did an investigation into boards of directors for big banks, and found that both UK and international banks’ board directors had ties to polluting industries. It looked into the backgrounds of 64 current directors at Barclays, HSBC, NatWest, Lloyds, and Standard Chartered. Board directors tend to be appointed, and can earn up to £100,000 a year for working part-time.

DeSmogUK found that “80% of board members at the UK’s five biggest banks have affiliations with environmentally damaging companies.” For example:

DeSmog’s analysis shows that almost a quarter of the directors currently sitting on the banks’ boards have a current or past connection to the fossil fuel industry.

For instance, Standard Chartered director Gay Huey Evans sits on the board of Conoco Phillips, which has produced more than 15 billion tonnes of carbon dioxide emissions since 1965. Fellow board member Byron Grote also has a long history of working in the oil industry, including for BP, responsible for emitting around 34 billion tonnes of carbon dioxide in the same timeframe. He is also a current director of mining company Anglo American.

DeSmog also connected the dots between the UK banks and the international banks we discussed above.

Nearly half of the banks’ directors also have strong ties to other international banks known to support the fossil fuel industry, including Citigroup, Goldman Sachs, Morgan Stanley, UBS, and JP Morgan.

For example, Barclays group finance director Tushar Morzaria also has a seat on the board of BP.

Barclays director Tushar Morzaria, for instance, has previously been employed by JP Morgan Chase and Credit Suisse, both of which are among the biggest financiers of the fossil fuel industry. JP Morgan alone invested nearly $269 billion in fossil fuels between 2016-2019.

You can read the entire article here. And DeSmog‘s research raises the questions: How can these banks resolve their conflicts of interest? And do they want to?