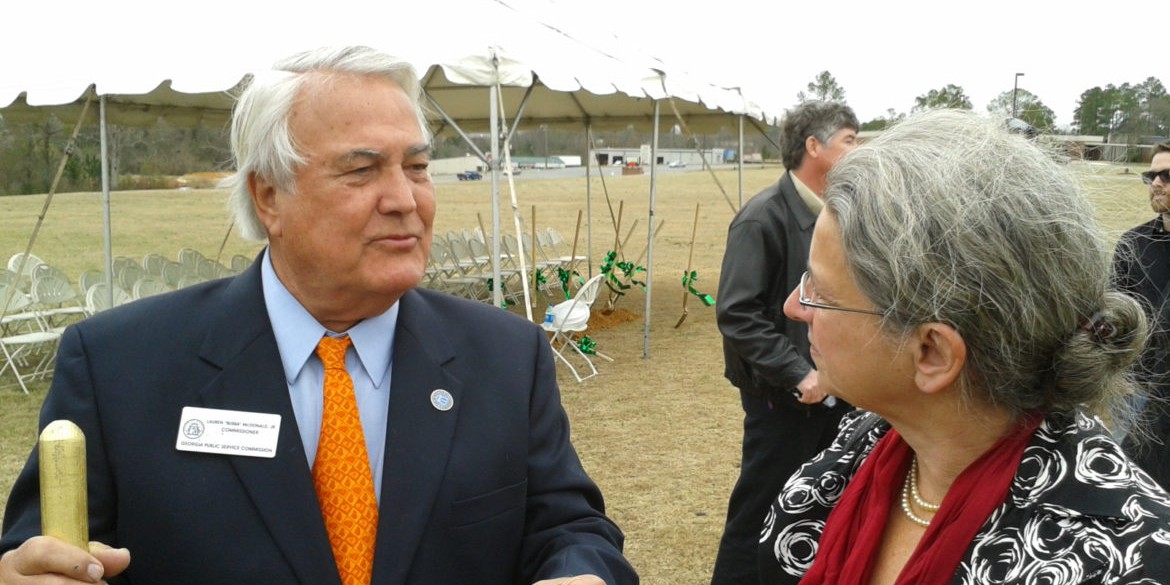 One of the big news stories of the day — which has now been massively eclipsed by the US Capitol being stormed by domestic terrorists — are the Senate race results in Georgia. Democrat Raphael Warnock has been declared the winner of one Senate seat, defeating Republican Kelly Loeffler. Democrat Jon Ossoff is about to officially defeat incumbent Republican David Perdue as of publication time.

And in a contest that’s getting less attention but is extremely important to Georgia, Republican Lauren “Bubba” McDonald won the race today against Democrat Daniel Blackman, who had hoped to become the first Democrat and Black member to serve in 15 years as a member of the five-person Public Service Commission (PSC) committee for District 4.

But here’s an interesting fact about McDonald: He’s a solar enthusiast.

The Georgia Republican who loves solar

To reiterate what Georgia’s PSC does: It “ensures that consumers receive safe, reliable, and reasonably priced telecommunications, electric, and natural gas services.” In other words, the race between McDonald and Blackman, lost among the news chaos in Washington, is one that speaks quietly and carries a big stick.

McDonald, now 82, was actually voted into Georgia’s PSC in 1998 as a Democrat. He lost to a Republican in 2002 and then was re-elected on the Republican ticket in 2008. He’s been with the PSC ever since.

He states his views clearly on his Twitter bio as “Utility Regulator, solar enthusiast, Father and Grandfather, Singer.” (Interesting: solar before family.)

And the Southern Alliance for Clean Energy posted a summary on December 18, 2020, of where both McDonald and Blackman stand on energy issues. This is what SACE had to say about McDonald’s stances on solar energy and electric vehicles:

McDonald has stated he is “very open to improvements in technology that are market-driven and clean,” when asked about solar. McDonald is a strong proponent of solar (including referring to himself as the godfather of Georgia solar) and has said, “As a result of my efforts over the past ten years with the support from my colleagues on the Georgia PSC, we have successfully added more than 1 gigawatt of solar energy to Georgia Power’s portfolio with an additional 1.6 gigawatts scheduled to come online by the end of 2021.”

McDonald acknowledged the importance of clean energy and clean air when he said: ‘Georgia has achieved some of the cleanest air in the nation through conservative principles and conservative leadership. I will continue to combine the megawatts of nuclear energy, decommission out-of-date coal facilities and increasing solar power in the state.’

McDonald is a supporter of combining nuclear with solar. He backed Georgia Power’s Vogtle nuclear power plant expansion, which is now years behind schedule and billions of dollars over budget.

In September 2017, McDonald wrote an op-ed for the Athens Banner-Herald headlined, “Tariffs on solar cells will hurt Georgia solar industry.” He opposed Section 201 solar tariffs that Trump implemented in 2018, but which are expected to be removed during the Biden administration. McDonald wrote:

Solar is important to Georgia’s economy. There are 200 solar companies in Georgia that have worked to install 1,500 megawatts of solar energy and counting, making Georgia the number eight solar state in the United States. A tariff on solar panels, in my opinion, would likely result in the loss of $2-3 billion in solar investment and jobs to our state.

Many solar manufacturing companies have risen to the challenge of competing and are not looking to the government for protection. Instead they are innovating and investing in research and development. The companies that filed the Section 201 petition represent a minority of the marketplace. They’re here because their products are not economic and their business model is not competitive.

During an October 2020 debate, Commissioner McDonald highlighted Georgia Power’s most recent rate case, where the PSC approved cost recovery for $6 million to expand electric vehicle infrastructure. He characterized accelerating the use of electric vehicles as ‘the future,’ but added that ‘it’s not here yet and it’s expensive infrastructure to put in.’

Further, he’s a supporter of nuclear energy paired with solar and voted to retire five coal plants. He said of the coal plants: “They’re worn out, they’re tired, they’re not economically retrofittable.”

In comparison, Blackman also stated his support for solar and firm opposition to coal and nuclear. His reasons for opposing coal and nuclear were more environmentally focused than McDonald’s. Blackman, according to SACE, has not made his opinion publicly known about electric vehicles.

Both candidates acknowledged that climate change is real, but McDonald stated:

We have to look at the science and we have to modify our position in generation so that it will match a plan for the state of Georgia. We can’t help what China’s doing belching out carbon dioxide on a daily basis.

We at Electrek have stated many times that our agenda is to support and promote electric vehicles and green energy, and educate and spread awareness of climate change. If McDonald fights to grow solar rapidly, then we back his efforts. He’ll be more aligned with the incoming Biden administration’s energy agenda. Texas is a conservative-led state (and currently wreaking havoc in the presidential election process, which we oppose, but we support their lead in wind and solar).

But we hope McDonald learns quickly that Georgia can and must, no matter how small he perceived it to be, make a difference on combatting climate change. And once things are brought under control in Washington, we can get on with what’s truly important – saving our planet by switching to electric vehicles and green energy.