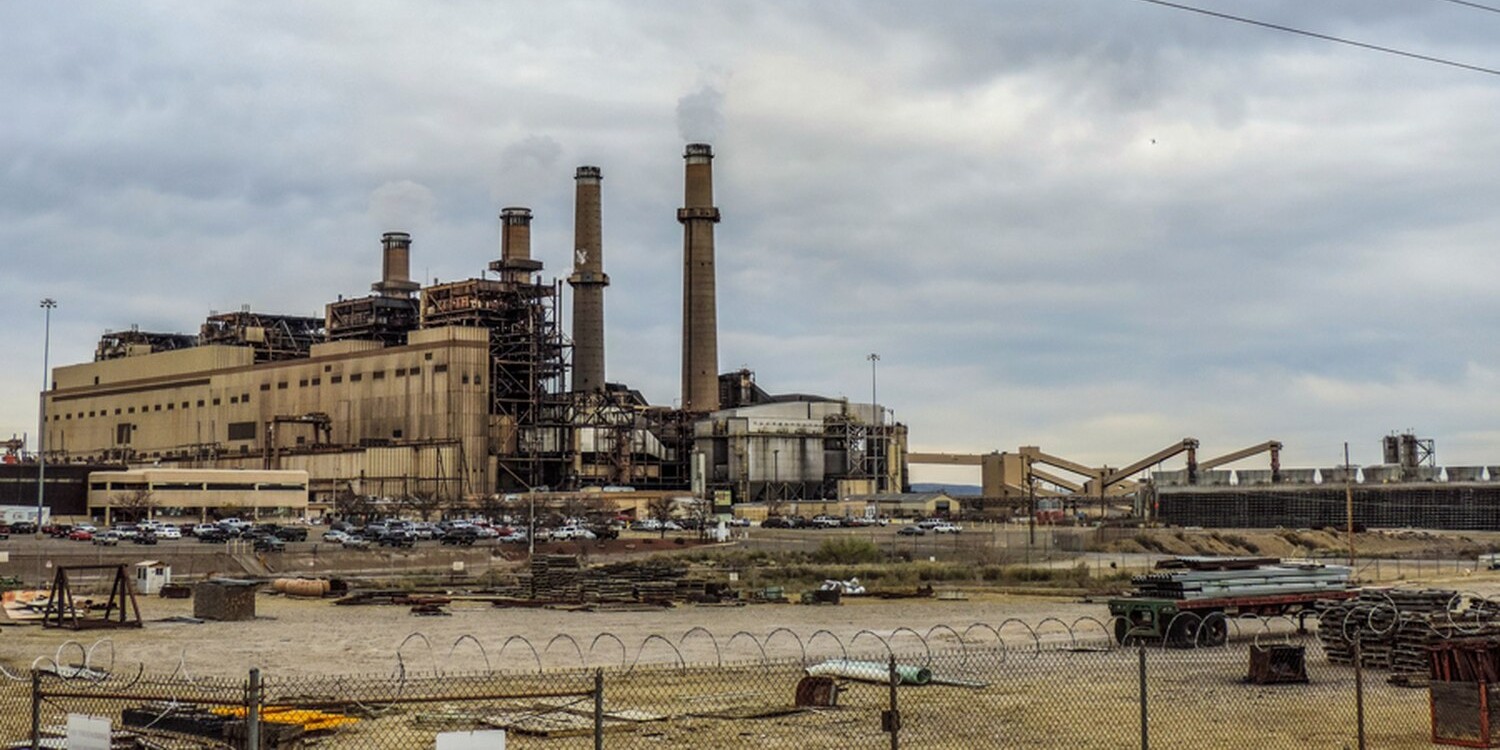 The 847-MW San Juan Generating Station (pictured), a coal-fired electric power plant located by its coal source, the San Juan Mine, near in San Juan County, northwestern New Mexico, will permanently close in June 2022. They will generate 650 MW of power with solar and feature 300 MW/1,200 MWh of accompanying energy storage.

Two of the projects have already been approved by state regulators: Arroyo Solar, which clocks in at 300 MW and 150 MW/600 MWh of storage and Jicarilla Solar I, with 50MW and 20MW/80 MWh to its name.

Public Service Company of New Mexico is pushing hard for regulatory approval of the other two projects, San Juan Solar 1 (200 MW of generation and 100 MW/400 MWh of storage) and 201LC 8m (100 MW and 30 MW/120 MWh) prior to December 4, so that construction can begin in January, in order to achieve a June 2022 commissioning.

The projects are expected to generate up to $74.7 million in property-tax revenues over the 20-year terms of the deals and create around 500 jobs per month during the projects’ buildout. Carbon-capture retrofit was considered for San Juan, but solar won out. Why? Wholesale energy prices were cheaper.

French President Emmanuel Macron yesterday welcomed the prospect of the US rejoining the Paris Accord after Joe Biden’s presidential win. During an online summit hosted by the French government, Macron said:

It is proof that we had to stand firm against all the headwinds.

‘Make our planet great again’ is a possibility, not just in words but also in deed.

European leaders as a whole are optimistic that a Biden presidency will serve as a positive catalyst for climate-change action. Biden has pledged to hold climate talks with world leaders within his first 100 days in office.

Talen Energy in Maryland will stop burning coal at its Brandon Shores and H.A. Wagner power plants in Curtis Bay in south Baltimore by the end of 2025, after pressure from the Sierra Club’s Beyond Coal campaign. Talen Energy’s president Alex Hernandez said:

Talen’s combination of renewables, zero-carbon nuclear, and battery storage assets will provide a clean, affordable, and reliable power solution to our customers.

As the Baltimore Sun writes, “The Port of Baltimore was the second-largest US exporter of coal in 2019, with one-fifth of the nation’s coal passing through the port.”

There’s a definitive link between air pollution and water pollution. Ending coal burning at these power plants will prevent millions of pounds of nitrous oxide from entering the air and, as a result, reduce the nitrogen pollution that enters the Bay.