EGEB: Bloomberg: how Biden can act on climate without Congress 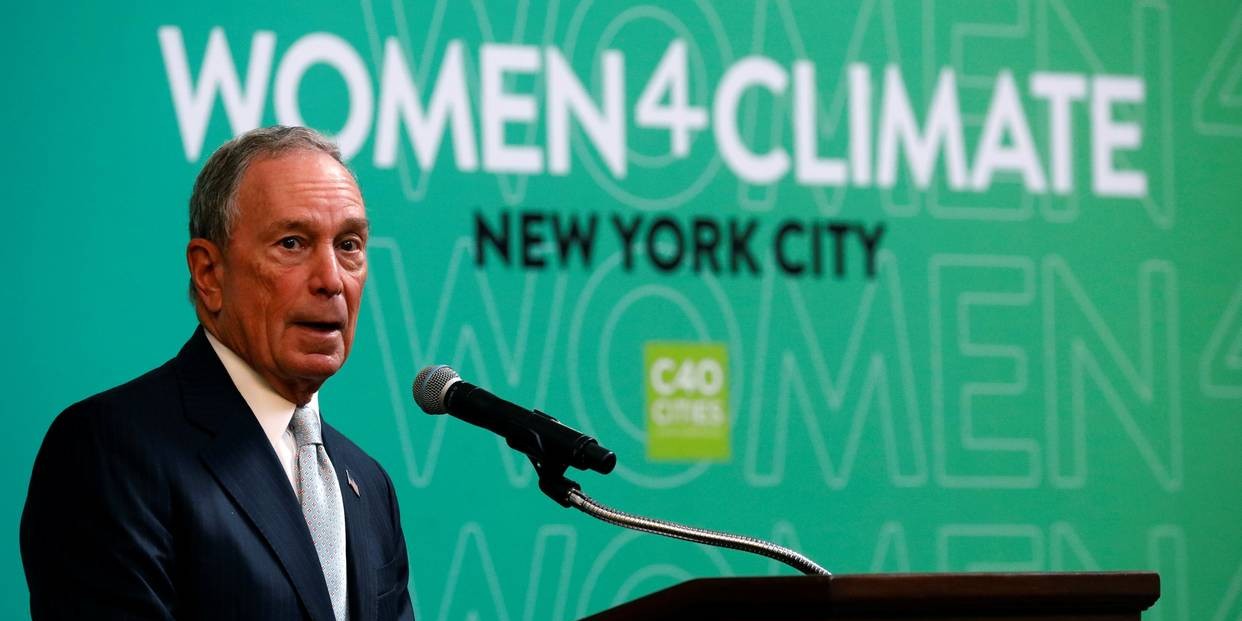 Michael Bloomberg, the founder and majority owner of Bloomberg LP, who served as mayor of New York City from 2002 to 2013, had an unsuccessful run in the Democratic primaries for the 2020 US presidential election. Bloomberg is also a well-known champion of action to combat climate change. He wrote an op-ed yesterday with the headline, “Biden’s Big Climate Opportunity,” and gives examples of ways that Biden can make a difference, even without Congress’ help. Here’s an excerpt:

This time, it’s imperative that President-elect Biden take a whole-government approach to climate action right from the get-go. To his credit, his ambitious climate plan recognizes that there is much he can accomplish without Congress — and some of the most important steps he can take have nothing to do with the Environmental Protection Agency.

The president-elect should expect each member of the cabinet to prioritize climate action and integrate it throughout the agency’s operations. For instance: … The Department of Housing and Urban Development can raise environmental requirements for construction projects it funds. And all agencies can integrate climate-change considerations into their procurement processes, lowering the carbon footprint and environmental impact of the goods and services that taxpayers buy through the federal government.

Increased and uniform disclosure of climate risk is one of the most powerful tools we have in reducing emissions, because more transparency will create stronger incentives for companies to take action, by driving more private investment to those that do.

There is also an enormous amount that the Biden administration can accomplish by empowering its strongest allies: U.S. cities, states and businesses, all of which have taken big strides to reduce their greenhouse gas emissions and are eager to do more.

The Federal Reserve’s “Financial Stability Report,” which usually examines how economic and market forces could impact banks, insurance companies, and other firms, has addressed the implications of climate change for financial stability for the first time.

The US central banking system, known as The Fed, doesn’t yet get specific from a regulatory standpoint, but the fact that it’s acknowledging the real impact of climate change is significant. The two-page section in the report, which is included in the section “Near-Term Risks to the Financial System,” states:

Climate change adds a layer of economic uncertainty and risk that we have only begun to incorporate into our analysis of financial stability.

The Federal Reserve is evaluating and investing in ways to deepen its understanding of the full scope
of implications of climate change for markets, financial exposures, and interconnections between markets and financial institutions. It will monitor and assess the fi nancial system for vulnerabilities related to climate change through its financial stability framework. Moreover, Federal Reserve supervisors expect banks to have systems in place that appropriately identify, measure, control, and monitor all of their material risks, which for many banks are likely to extend to climate risks.

According to CNBC, Fed governor Lael Brainard first brought up the need to address climate change a year ago:

It is vitally important to move from the recognition that climate change poses significant financial stability risks to the stage where the quantitative implications of those risks are appropriately assessed and addressed.

The government of the Philippines will no longer accept proposals to build new coal power plants — that is, coal plants that have yet to be approved.

As the Philippine Department of Energy re-evaluates the appropriateness of our current energy mix vis-a-vis our energy goals, I am optimistic that this would lead to more opportunities for renewable energy to figure prominently in our country’s energy future.

We are also pushing for the transition from fossil fuel-based technology utilization to cleaner energy sources to ensure more sustainable growth for the country.

Coal accounted for nearly half of electricity production in 2019 in the Philippines. It’s followed by natural gas and hydro. There is currently a pipeline of 12GW of new coal projects under various stages of construction. The moratorium is likely to put a stop to 8GW of pre-permit coal projects.

It’s not going to be enough but it’s a big step in the right direction.