EGEB: Trump ends protection of 55% of US’ largest national forest 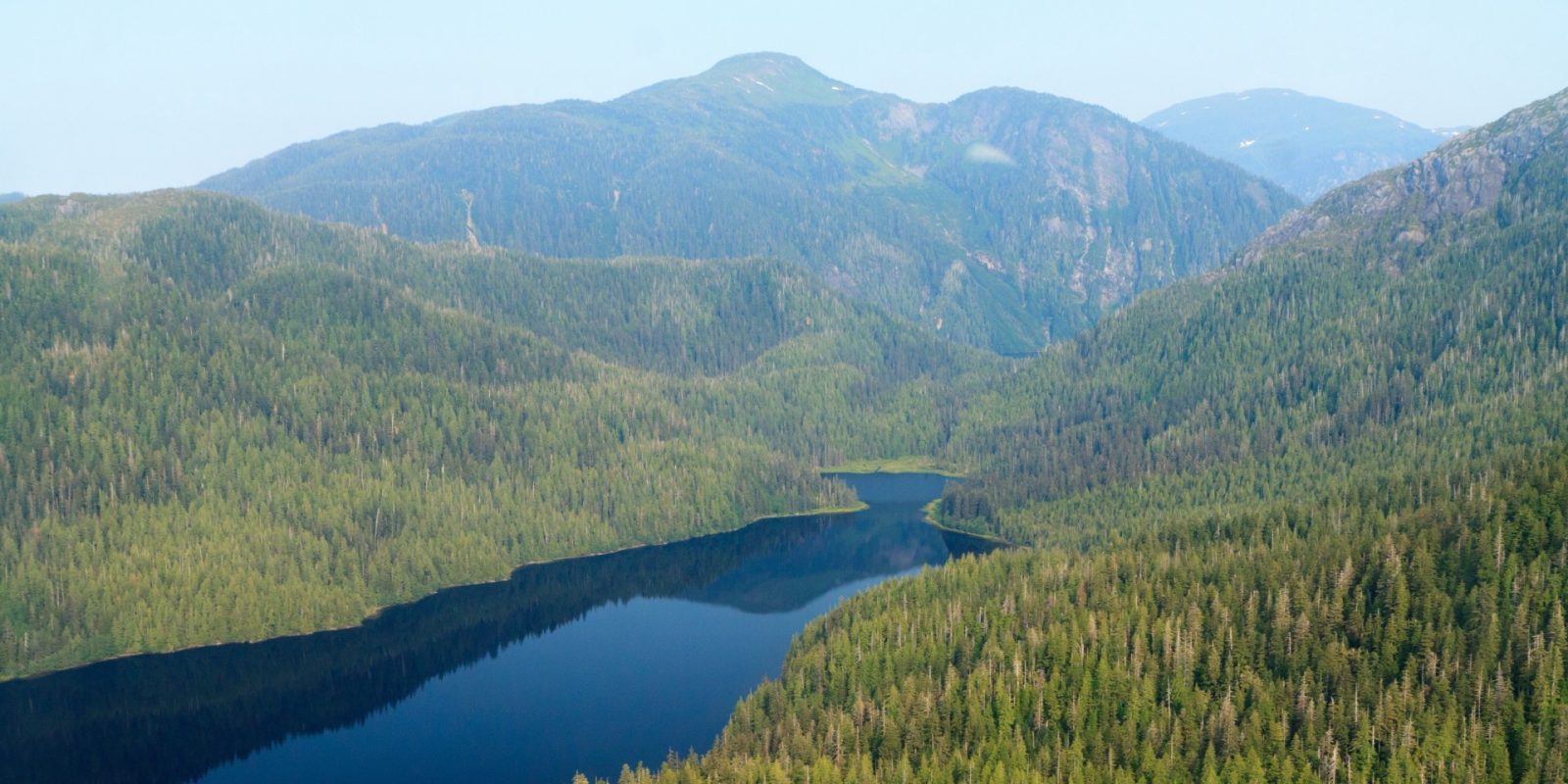 The Trump administration has overturned protections for the Tongass forest in Alaska to allow road building and logging.

The 2001 Roadless Area Conservation Rule, which had 95% support in public comments, protects more than 58 million acres of roadless national forest lands across the US. The US Department of Agriculture said on Wednesday that it would exempt more than 9.3 million out of 17 million acres of Tongass from the 2001 rule. That’s 55% of the forest.

The Tongass is one of the world’s largest intact temperate rainforests. This is yet another rollback by Trump — and there are many — as he sees environmental protections as obstacles to industrial growth. And this one is particularly ironic, seeing how Trump signed the One Trillion Trees Initiative executive order two weeks ago.

Tongass’ trees, some of which are up to 1,000 years old, absorb at least 8% of carbon emissions from the mainland US.

The Tongass is our largest expanse of undisturbed forest, rich with wildlife that is imperiled elsewhere in the country, and key to thriving runs of all five salmon species. We’ve fought for decades to protect the Tongass, and we’ll keep on suing if that’s what it takes to fend off this outrageous move.

A hydrogen-powered terminal tractor is being tested in the Port of Rotterdam in the Netherlands following two years of development by Dutch specialized vehicle manufacturer Terberg.

Terberg collaborated on the hydrogen tractor with zepp.solutions, a tech company that specializes in hydrogen fuel cell systems.

The hydrogen tractor is pulling the same loads as the diesel terminal tractors and being remotely monitored in order to collect data.

The hydrogen terminal tractor is based on Terberg’s recently introduced electric YT203-EV. It features four 150-liter hydrogen fuel tanks containing 14.4 kg hydrogen, which enables a full day of operation and allows for quick refueling. It performs just as well as the diesel models, but of course without emissions.

After trials at a number of locations, Terberg will then finalize its design of the terminal tractor.

EPA rollbacks as per EPN

The Environmental Protection Network (EPN) was launched in January 2017 by more than 500 former EPA officials to provide informed rebuttals against efforts to undermine the protection of public health and the environment under the current EPA, headed by former coal lobbyist Andrew Wheeler.

The report, which you can read in full here, is divided by categories such as water quality, chemical hazards, and air quality & climate change. Significant rollbacks are dated and listed under each category, with an explanation of what occurred, and what the repercussions will be.

Oil and Natural Gas Sector: Emissions Standards for New, Reconstructed and Modified Sources
Review (Methane Rule)
In August 2020, the administration finalized the rollback of 2016 methane regulations, which rescinds
emissions limits for methane during oil and gas production and processing, and removes methane
transmission and storage from regulation.

Methane, a major component of natural gas, is a powerful greenhouse gas (GHG) that contributes to climate change. Approximately 1/3 of methane emissions from human activities come from oil production and the production, transmission and storage of natural gas. In addition, volatile organic compound emissions from oil and gas facilities can increase ground-level ozone levels and have a significant effect on people’s health, increasing the frequency and seriousness of asthma attacks,
contributing to respiratory problems and heart disease, and even causing adverse symptoms in otherwise healthy people. The rule will increase GHG emissions equal to the carbon pollution from one million cars.

The EPN stated in an email to Electrek:

The rollbacks and efforts to weaken the rules have serious and measurable consequences, especially for already overburdened low-income communities and communities of color. Increased air pollution will lead to more respiratory illness and heart disease, and shorten people’s lives. Decreased water quality threatens our drinking water and the rivers, lakes, and streams that support fisheries and support outdoor recreation in every state. Reduced Superfund cleanups are leaving communities peering through fenced properties at acres of contaminated land. And climate change and its devastating consequences have been left largely unchecked.