This might be the coolest, most eco-friendly urinal ever 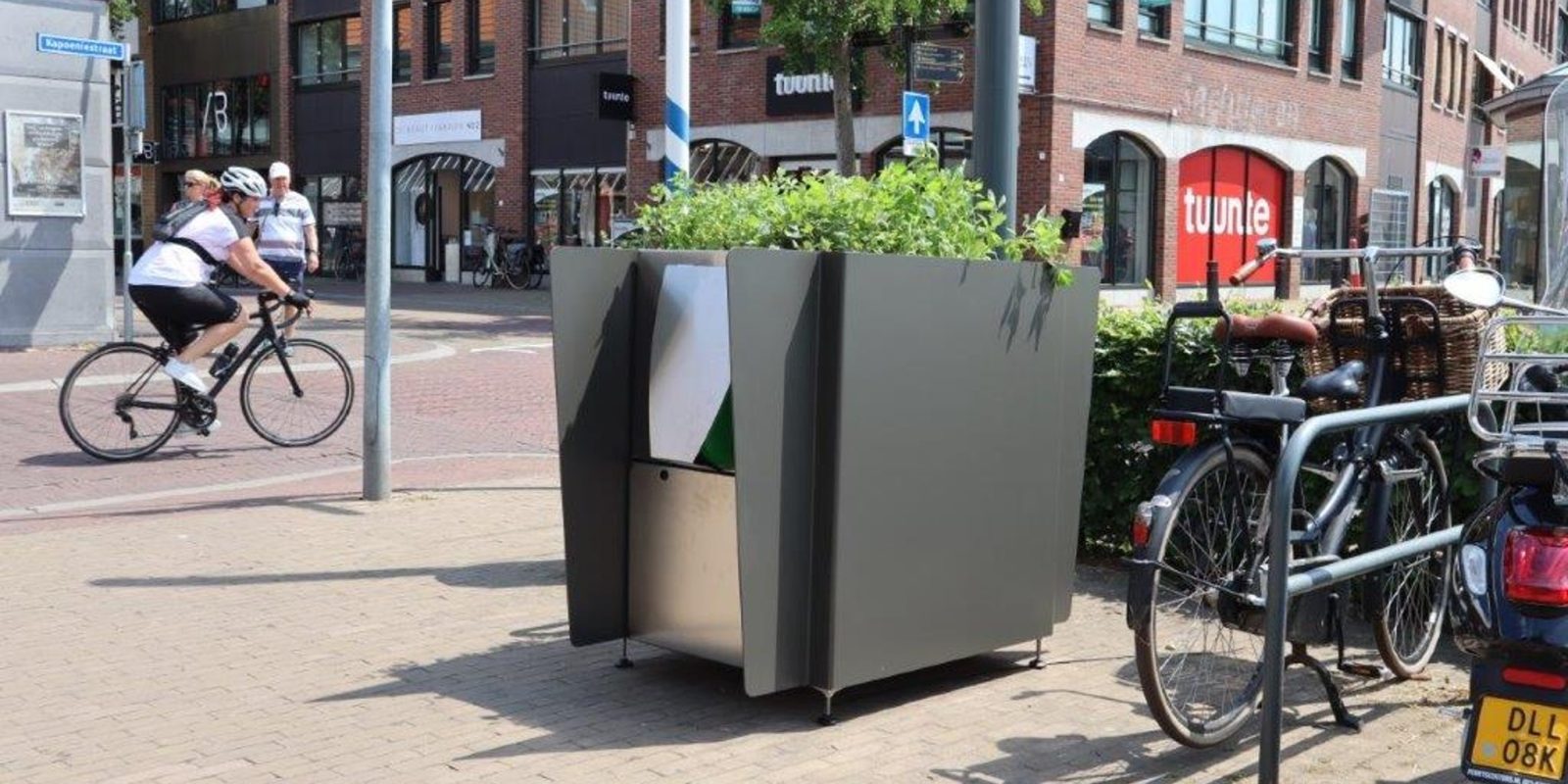 Dutch company Urban Senses has created GreenPee containers, which are urinals filled with odor-absorbing hemp fibers and are topped with planters. Here’s why they’re great for the environment.

What’s the point of the GreenPee containers?

Amsterdam in particular has had a bit of a problem with people urinating wherever they darned well want to. In Dutch, it actually has a name: It’s called wildplassen. This happens because there aren’t enough public bathrooms, and also, it costs a euro to use them, so people can’t be bothered to pay when they gotta go. As a result, they pee just, wherever, instead — against walls, in the canals, you name it.

We know it’s smelly and kind of rude to just pee wherever, but why is that a big problem?

Because people actually die falling into the canals when they’re relieving themselves. (Yes, I suspect alcohol might often be involved, too.) Plus, urine corrodes historical buildings. And urine can be harmful to the environment when humans excrete pharmaceuticals that their bodies can’t digest.

Why doesn’t the city just fine the rogue urinators?

They did — the city fined anyone caught whizzing where they weren’t supposed to be a hefty €140 ($165). But the fining wasn’t enough of a deterrent. So the city had to get creative.

Amsterdam has just installed 12 of Urban Senses’ GreenPee containers on Leidseplein and Rembrandtsplein, in the Red Light district. That’s because the city did a trial run last year in Rembrandtsplein, and on one street, the Schapensteeg, it reduced wildplassen by nearly 50%.

Single units cost €4,000 and doubles €5,000, and there are ongoing maintenance costs for collecting the urine, cleaning it and delivering fertiliser for local green products, according to Dutch News. The GreenPee single model is good for 300 “visits” and the double version, 450. The company is also looking to develop gender-neutral and female options. The urinals are only open when it’s dark.

Ok, fine. But what’s so environmentally friendly about this, or do you just like to write about pee?

I might get a bit of a kick writing about pee, but here’s why. The container holds shredded hemp fiber, and that absorbs the urine and its odor. Hemp has actually been used as a bedding for composting toilets for some time.

After the full container of urine-soaked hemp is removed, it’s then composted, which results is an organic, phosphate-rich fertilizer (human pee has a lot of phosphate in it). The planters also attract bees and other insects to encourage a healthy ecosystem, and they use considerably less water to process waste than a traditional toilet would.

A planter tops the GreenPee, but urine isn’t used to water the plants because it would kill them. The GreenPee has a watering system with a 30-liter reservoir that collects rainwater and has wicks in the soil; meaning the plants only need manual watering occasionally.

The GreenPee can send a text message when the tank is nearly full, or just manually be checked.

So what on earth inspired the inventor of this thing to create it?

A man named Richard de Vries invented it, and he describes himself as an “environmental psychologist.” He explains his thinking behind his invention:

My ambition is to place these in different cities and carry on innovating.

If you want a solution to wild peeing, cities try to create ownership and a feeling that someone is watching you. That works, but the need for peeing stays. We came up with the idea of a planter to help green the city, have something that looks nicer, but is also a urinal. It’s also circular as we make fertilizer from the urine and also green water.