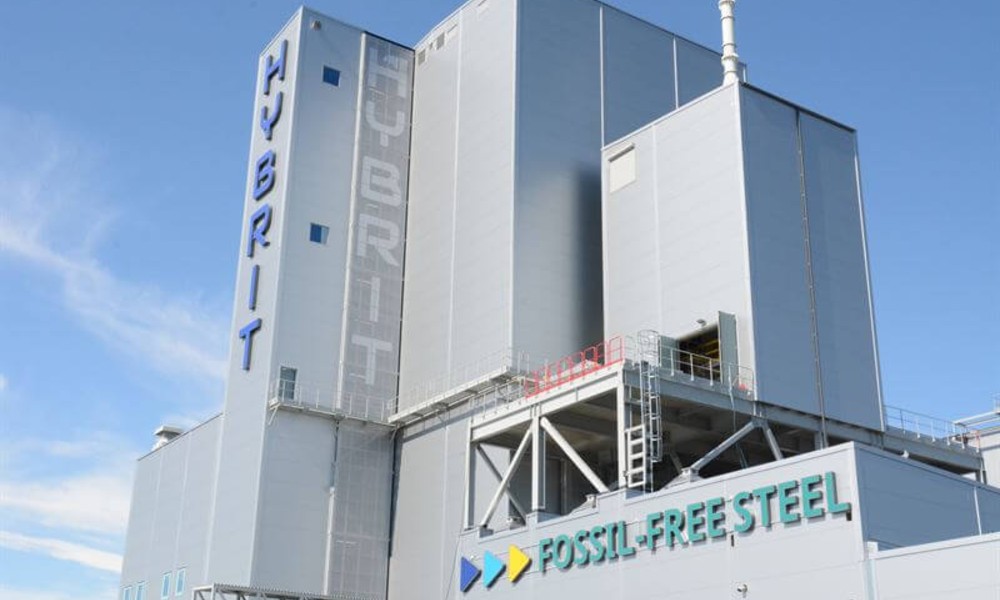 HYBRIT (Hydrogen Breakthrough Ironmaking Technology) is a groundbreaking effort to reduce emissions in the steel industry by using hydrogen instead of coking coal in the steelmaking process. And today, that technology is being put to the test at a pilot plant for the first time in Lulea, northern Sweden.

SSAB aims for the first fossil-free steel to be commercially available by 2026, and to become fossil-free in its operations by 2045. It could reduce Sweden’s carbon dioxide emissions by 10% and Finland’s by 7%, respectively, according to H2 View.

Forty organizations have formed New England for Offshore Wind, which describes itself as “a growing regional coalition of businesses, academic and research institutions, associations, environmental organizations, and labor unions.” Its aim is to:

Campaign partners include the Environmental League of Massachusetts, the Vermont Natural Resources Council, Maine Conservation Voters, Tufts University, and LCV. It does not include wind development companies because the group says it wants to be independent.

The coalition sent a letter last week to the six New England governors that asked them to issue a joint resolution in support of regional collaboration on offshore wind, according to WCAI.

Rhode Island hosts the first US commercial offshore wind farm, Block Island, with five turbines, while Massachusetts is expected to host Vineyard Wind, with around 84 turbines.

Waterbury, Vermont-based whiskey distillery WhistlePig has custom-branded their 56kW of solar panels with their logo on a “whiskey barrel” backdrop by working with SpeedPro, a large-format printing company and Sistine Solar, which uses SolarSkin, an aesthetic overlay that transforms the look of any solar panel.

SolarSkin can make the panel blend in with a homeowner’s roof, turn it into a branding opportunity for businesses, be used as signage, or function as a canvas for art. Sistine Solar says SolarSkin “uses selective light filtration to simultaneously display a vibrant image and transmit sunlight to the underlying solar panel with minimal loss in efficiency.”

Here’s a quick promotional video that takes a look at how it works (and just for the record, I am personally fine with the aesthetics of “traditional solar,” even though this is pretty neat, and good innovation is always to be celebrated):

Sistine Solar’s custom-branded solar signage is designed to add visual appeal for panels while minimizing efficiency loss at an estimated 15%. Solar signage is an extremely viable option for homeowners who want their panels to match their roofs or companies who want more brand visibility and advertising.