Tesla Cybertruck is going to be the first Tesla vehicle with solar power. A new concept video of the electric pickup truck with deployable solar may look insane, but it might not too far out.

After the launch of the Cybertruck, CEO Elon Musk surprised many when he said that Tesla’s new electric pickup truck will have a solar roof option that will add 15 miles of range per day.

It was surprising because several automakers, including Tesla, have explored adding solar on electric vehicles before, but most projects haven’t come to production or provided any significant power.

In 2017, Musk said that he pushed his Tesla engineers to look into integrating solar cells on Model 3, but they concluded that it wasn’t worth it at the time.

Solar cell efficiency has since improved, and Tesla developed in its own expertise in embedding solar cells through the development of the solar roof.

3D artist Slav Popovski has decided to render what a Tesla Cybertruck with deployable solar would look like:

While the concept might seem bizarre, it might actually not be too farfetched based on previous comments from Musk.

After announcing that a solar option would be offered for the Cybertruck, the CEO also suggested that deployable solar wings could also be added for even more solar power.

Musk had previously discussed the idea of a “deployable solar shield like a retractable hard top” for electric vehicles.

Tesla plans to bring the Cybertruck to market in late 2021.

To be clear, I believe that Tesla is more working toward embedding solar cells in the retractable roof of the Cybertruck’s bed and not a system like that, but at the same time, it might not be too far from a future version of the system if Elon is talking deployable solar.

The system rendered in the concept actually reminds me of this Tesla Roadster solar system: 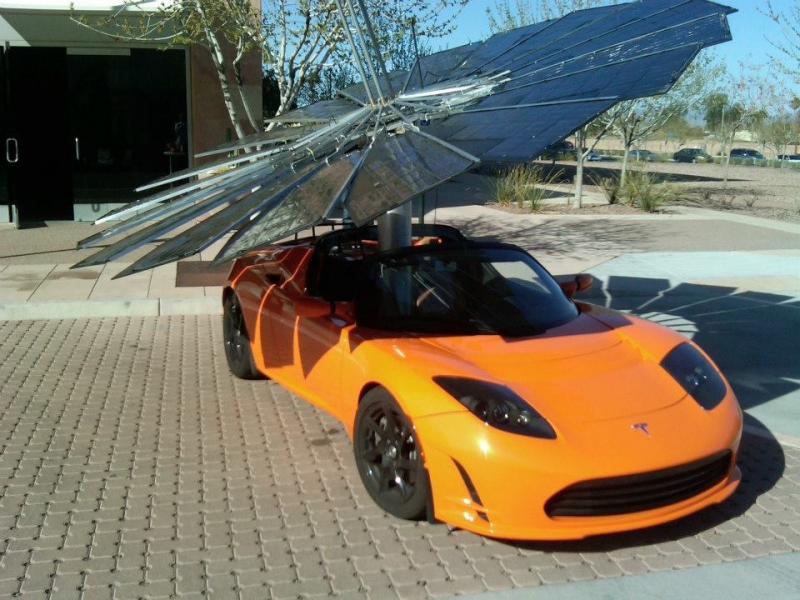 While this is obviously crazy, I’d like to know what you guys think a deployable solar system could look like on a Tesla Cybertruck.