Tesla is participating in a massive ‘Virtual Power Plant’ using its Powerwall in South Australia and the first phase of the system is already proving successful according to a new report.

The project is the biggest of its kind and it would dwarf any other stationary energy storage deployment if it is ever completed.

It came around after Elon Musk visited South Australia following the launch of its giant battery system in the state.

Musk gave an interview during which he was informed of the significant hardship that Australia’s high electricity prices are putting on families.

Visibly affected by the issue, Musk vowed that Tesla would “work harder” to help solve the problem.

A few months later, Tesla announced that it reached a deal with the South Australian government to install solar arrays and Powerwalls on up to 50,000 homes.

The deal was jeopardized after a new government was elected in the state a few weeks later, but they have since come around and confirmed that they will be moving forward with Tesla’s initiative as long as it is financed successfully.

In July of 2018, Tesla deployed the first 100 Powerwalls with solar for the new virtual power plant and focused on reducing the cost of electricity for low-income households.

A few months later, the project moved to its second phase and Tesla started deploying 1,000 more systems as part of the virtual power plant.

The Australian Energy Market Operator, the agency behind the project, has released an in-depth insight report on the virtual power plant.

They reported that the virtual power plant was successful in helping in a series of events, including frequency response.

Here’s the chart they are referring to: 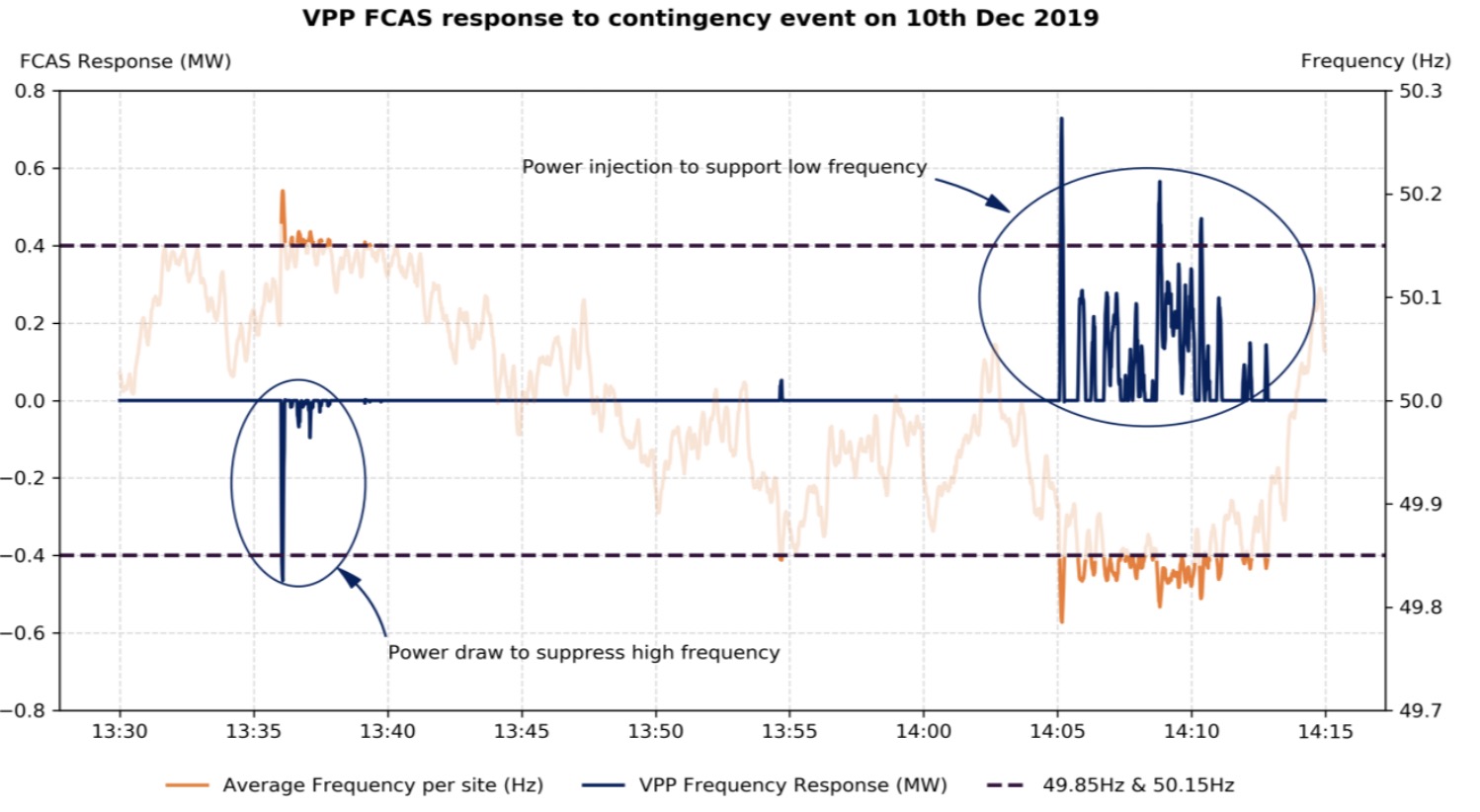 Over the study, which was just a few months, AEMO determined that the virtual power plant participants earned $225,000:

“Energy Locals, as the market participant for the SA VPP, has been able to earn revenues by participating in the six contingency FCAS markets. Total revenue over the first four months of their involvement (from 13 September 2019 to 12 January 2020) is $225,000. Note that the SA VPP increased its registered capacity from 1 MW to 2 MW on 19 November 2019.”

In the report, Tesla provided some feedback about the results:

The VPP Demonstration has already delivered learnings that have enabled AEMO to release interim arrangements that allow the provision of frequency services as both generation and load, outside the VPP Demonstrations. This is the case if VPPs can meet the current Market Ancillary Services Specification (MASS)6.”

Tesla also made several recommendations to improve the project as they start deploying more volume.