Tesla has released a new video about the progress it is making in its effort to produce ventilators out of car parts.

Several hospitals in the US are finding themselves in need of ventilators to help save patients who are more badly affected by the coronavirus.

In previous comments over the last month, Musk has been skeptical that there’s going to be a need for more ventilators.

The CEO believes that we “may have passed the inflection point for US cases —  excluding New York.”

However, Musk has still been trying to help by supplying needed equipment, like masks and ventilators.

Tesla’s Chinese team and Musk managed to secure a surplus of 1,000 ventilators from China and delivered them to hospitals in California earlier this month.

They also purchased a lot of BiPAP machines, which can be used as non-evasive ventilators, and they are using their logistic network to deliver them to hospitals.

Today, Tesla released an update on its effort to develop its own ventilators out of car parts:

The short video features several Tesla engineers, including Joseph Mardall, a Tesla engineering director in charge of HVAC systems in the company’s vehicles, who show an early prototype of their Tesla ventilator.

They are trying to use as many existing parts used in Tesla vehicles in order to expedite the design and manufacturing process.

In the diagram below, all the orange parts are vehicle parts: 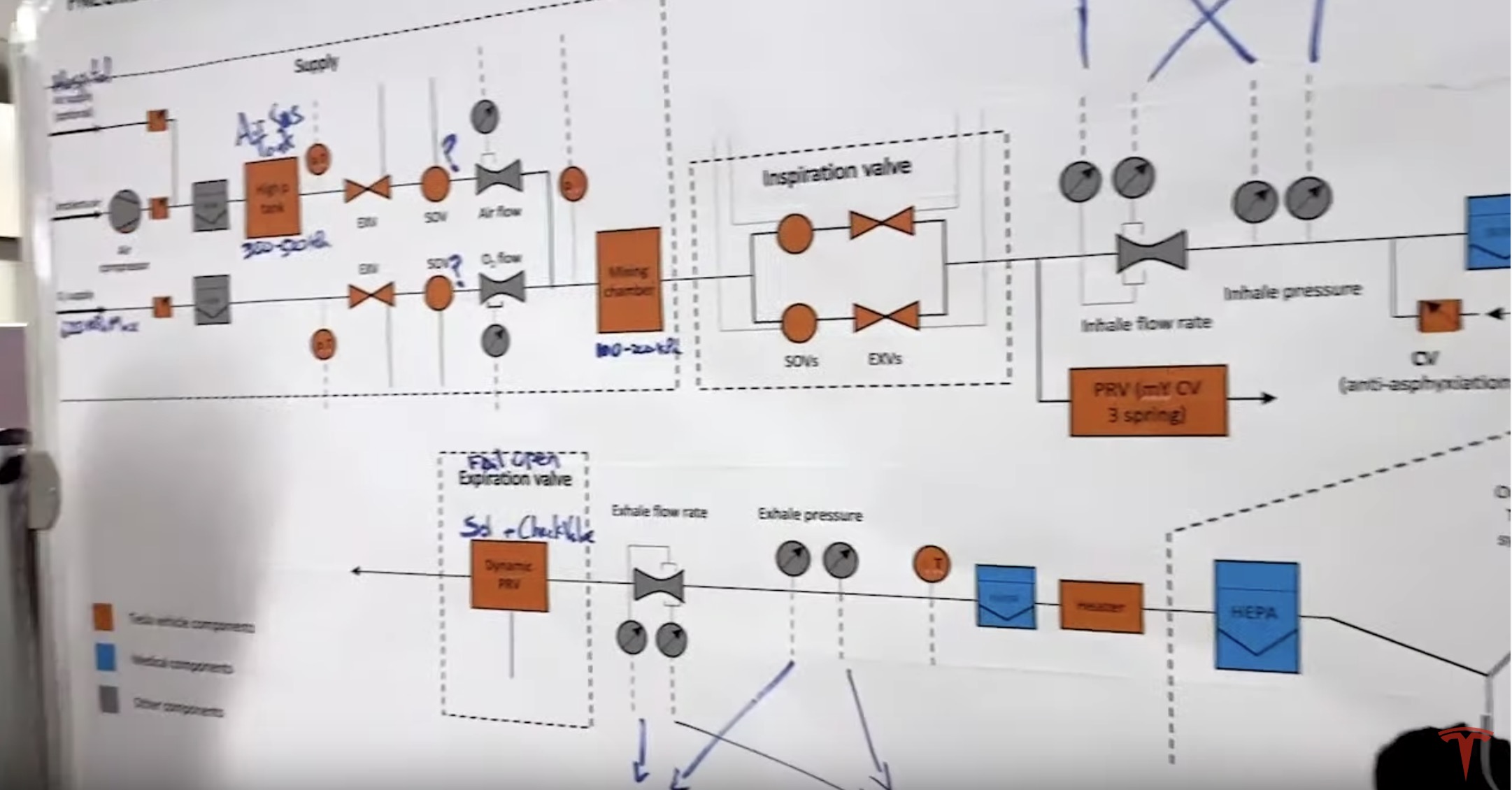 They are using some parts found in the Model 3’s HVAC system, but we can also see some obvious Tesla parts — like the Model 3’s center screen and infotainment computer:

While they have a working prototype, it doesn’t sound like it’s ready to go into production.

One of the Tesla engineers featured in the video said:

There’s still a lot of work to do, but we are giving our best effort to make sure we can help some people out there.

The automaker didn’t say when they think they would be able to start producing and delivering the new device.

Earn $50 worth of cryptocurrency by signing up to crypto.com using our referral code: 44sqxfg7zh