Here’s a cool story on how Elon Musk managed to secure Tesla’s first store by using his tenacity, a few Tesla patents, and a brand new Roadster.

Pete Gruber, who runs Gruber Motor Company, an auto repair shop specializing in bringing original Tesla Roadsters back to life, says that every early Tesla Roadster, especially the Signature 100 series, has an interesting backstory behind it.

Last week, he happened to be working on a Tesla Roadster Signature 100:

“This is VIN 99 and the Roadster currently has an ESS battery pack problem, which will be resolved with internal sheet repairs and modifications.”

Here are some pictures of the car:

Gruber shared the story behind the car, which he got from the owner and Elon Musk himself.

“Early Tesla founders, Martin Eberhard, and Marc Tarpenning wanted to open their first sales/service outlet for their Tesla Roadsters in Los Angeles. They approached the still current owner of the commercial facility at the 405 and Santa Monica Blvd. and asked to lease his facility. A routine credit check raised red flags, and Tesla was denied a lease.”

At that time, Eberhard was still CEO of Tesla, but Musk, who had provided most of the company’s funding, was getting increasingly involved in the day to day.

“Elon, who was involved in Tesla by then, visited the leased space owner, and lobbied hard to convince him to let them lease the space. To provide a compelling case, he brought patents Tesla had accumulated by then. The leased space owner, originally not sufficiently impressed with Tesla financials, was subsequently impressed with Elon’s tenacity, patents, and charisma. Elon prevailed, the commercial space owner relented, and let Tesla have the space, which is still occupied by Tesla today.

Indeed, Tesla opened the store, its first in the world, in May 2008 and it is still in operation at the prime location at the intersection of the Santa Monica Blvd and the 405 in Los Angeles: 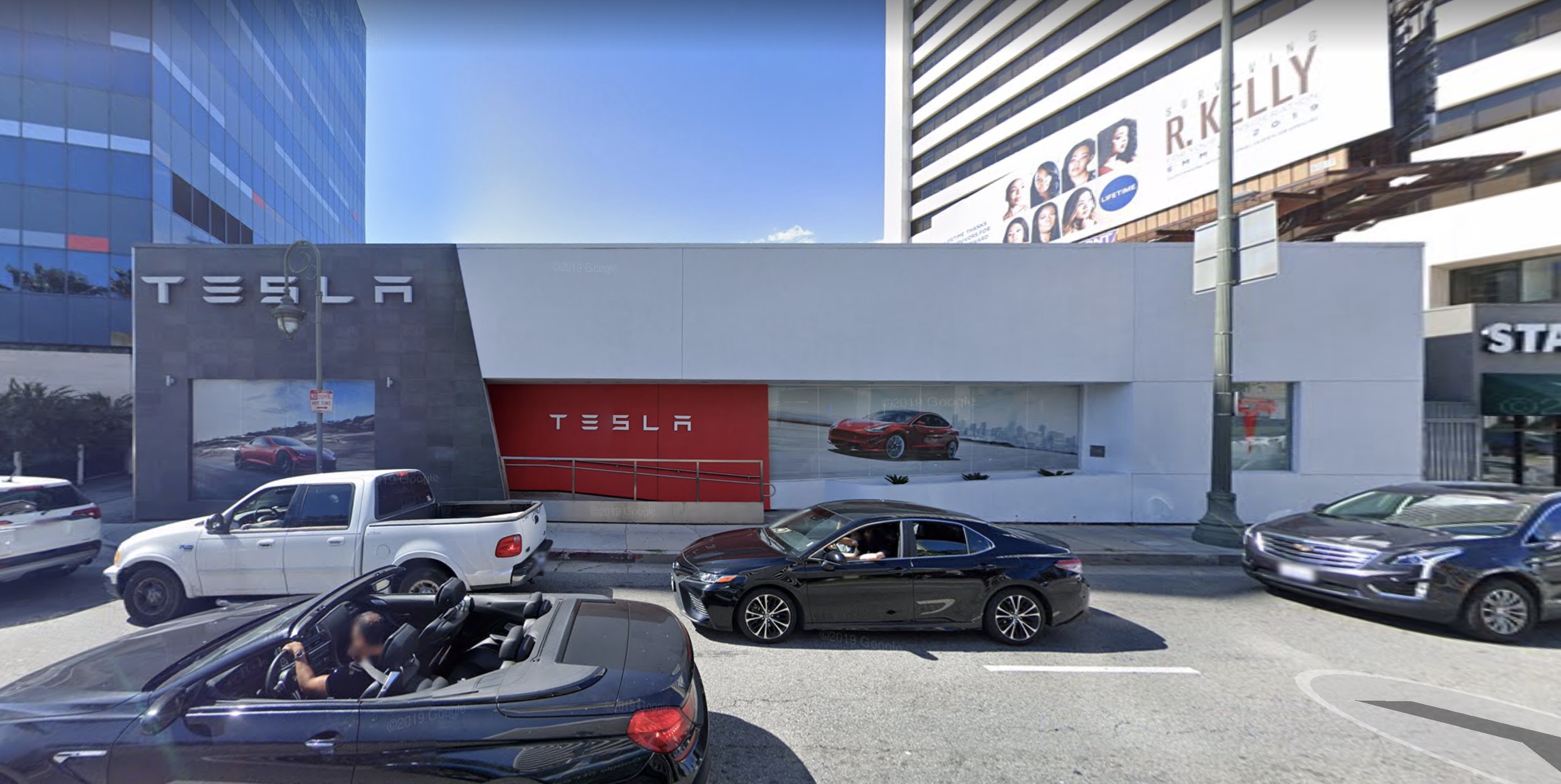 As part of the deal to lease the property, the owner of the location also negotiated to get a Tesla Signature Roadster:

“There was another condition however. Elon had to sell him a signature 100 Roadster. The lessor, requested VIN 100, but since it was already spoken for, Elon gave him VIN 99. An additional negotiating point was that the car had to be painted a one-of custom color (bright green). It was not until 4 years later that Tesla would decide to introduce a similar Roadster color in 2011 – lightning green, used on only 16 cars.”

He still owns the Roadster today.

The story made me smile so I thought I’d share it today. Thanks to Pete Gruber for sharing it with Electrek and for saving a bunch of original Roadsters.

Can you see yourself trying to secure a lease with a bunch of patents? Let us know what you think in the comment section below.