The National Transportation Safety Board (NTSB) has released its final reports on two fatal crashes involving Tesla vehicles on Autopilot.

Tesla takes some criticism from NTSB for the deaths in those two Autopilot crashes, but ultimately, the agency determined that the main causes are unrelated to Tesla.

The first case was about the fatal Model X crash in Mountain View, California, in 2018.

The NTSB released its findings for the case last month.

Now they have added the findings of a fatal crash in 2019 when a Model 3 on Autopilot crashed into a semi truck’s trailer as it was crossing the highway to their report on Tesla Autopilot.

The NTSB managed to get a detailed look at the incident using all of Tesla’s telemetric data and even a video of the movements before the crash, thanks to Tesla’s integrated dashcam feature: 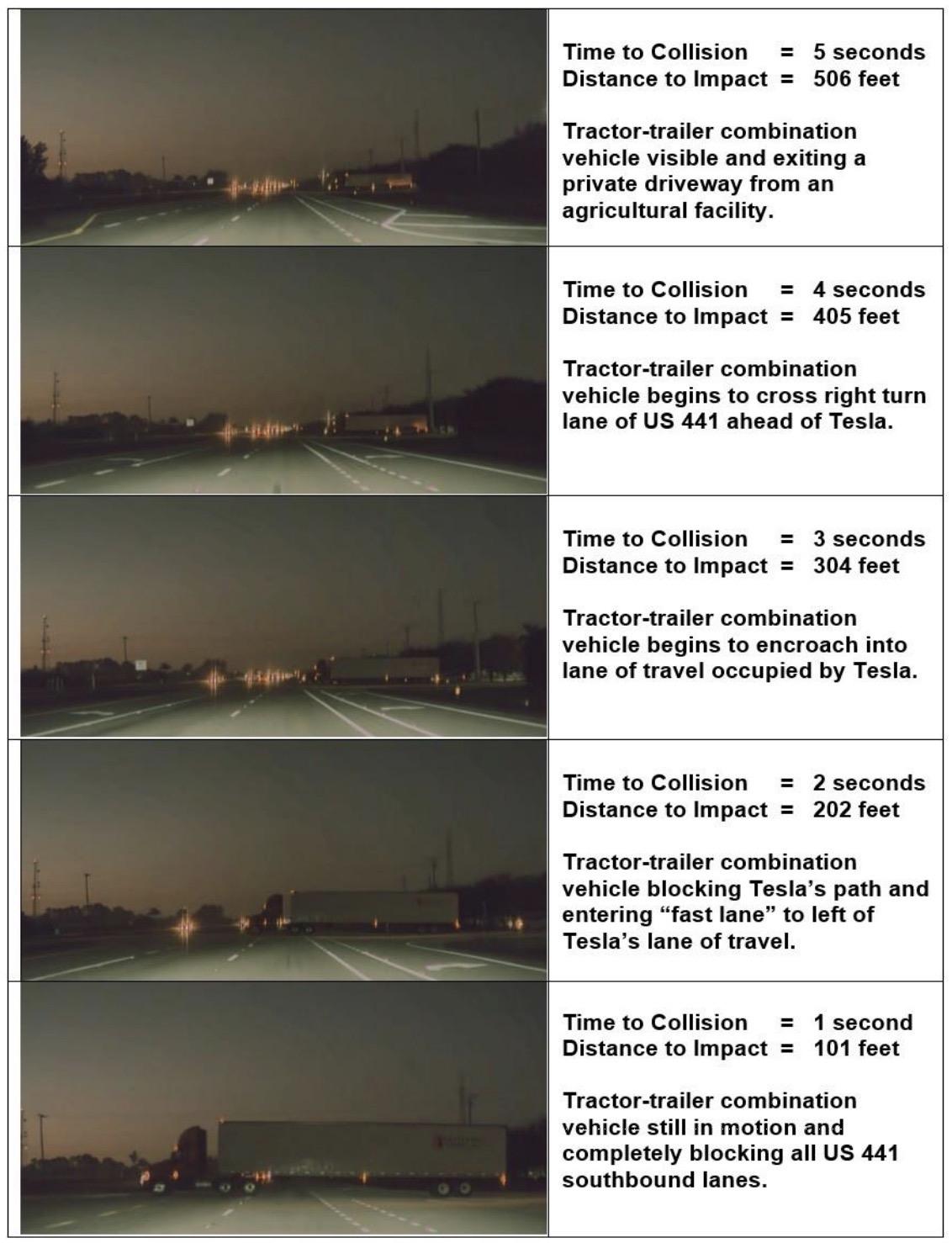 For this accident, the NTSB determined that the truck driver was at fault, but it also said that Tesla’s Autopilot was a “contributing factor”:

The NTSB determined the probable cause of the fatal crash to be the truck driver’s failure to yield the right of way to the car, combined with the car driver’s inattention due to over-reliance on automation, which resulted in the car driver’s failure to react to the presence of the truck. Contributing to the crash was the operational design of Tesla’s partial automation system, which permitted disengagement by the driver, and the company’s failure to limit the use of the system to the conditions for which it was designed. The failure of the National Highway Traffic Safety Administration to develop a method of verifying manufacturers’ incorporation of acceptable system safeguards for vehicles with Level 2 automation further contributed to the crash.

The Delray Beach investigation marks the third fatal vehicle crash we have investigated where a driver’s over-reliance on Tesla’s Autopilot and the operational design of Tesla’s Autopilot have led to tragic consequences. In the Mountain View crash, that over-reliance was coupled with the equally deadly menace of distraction, demonstrating the insidious nature of the threat and the lack of policy and technology to eliminate it.

As I stated before, I disagree with the way the NTSB is framing those findings in some ways, but I do agree on the “over-reliance” on Autopilot by those drivers likely being a factor at play.

That’s why Tesla tells drivers to keep their hands on the steering wheel and be ready to take control at all times.

But that’s our responsibility as drivers to do so if we want to take advantage of the Autopilot.

Now I think that Tesla could also do more to enforce better driver engagement through better driver monitoring tools, like better steering wheel sensors and maybe even eye tracking with the driver-facing camera in the Model 3.