Solar airplane aims to stay afloat for a whole year

Two solar airplane aviation companies with stakes in electric urban air mobility (UAM) teamed up to put an unmanned aerial vehicle in the stratosphere for a whole year using only sunlight as energy. Another project aims to reach the edge of space with a solar airplane.

The unmanned solar-powered PHASA-35 airplane aims to fly up to 20 km (66,000 ft) in the sky using only sunlight. BAE Systems and Prismatic designed the aircraft and tested it two years ago. To date, it has taken to the skies at the Royal Australian Air Force’s Woomera in South Australia. 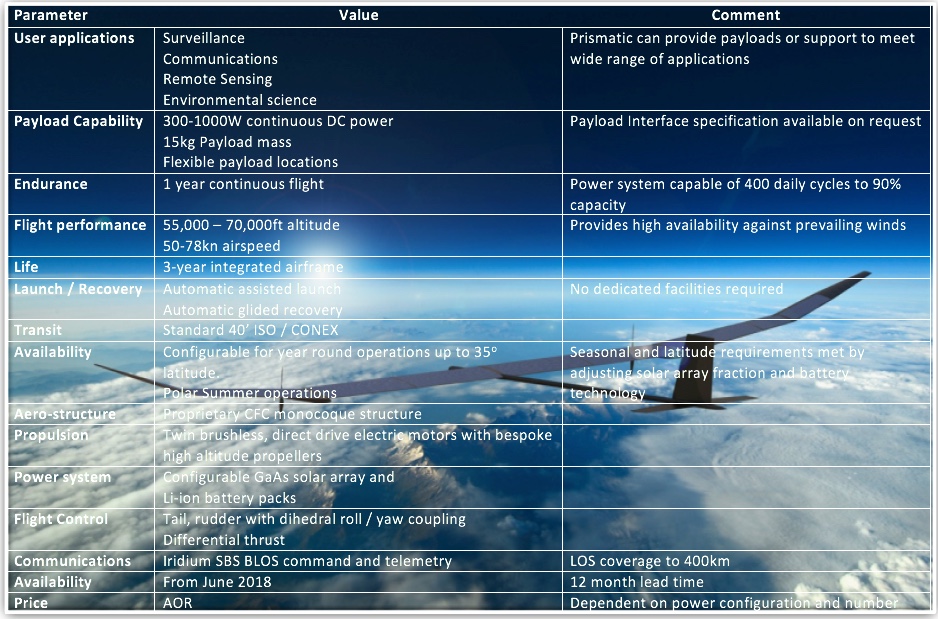 The solar airplane has a 35m wingspan with solar panels (PV). The PVs feed the batteries that power the aircraft during the day when sunlight is available, and store energy in a battery pack for night flights. The PHASA-35 achieved an altitude of 2 km (7,000 ft). The British government could find multiple uses for the e-plane: The PHASA-35 could be used as part of a 5G communications network, as well as a test and research platform. BAE feels the PHASA-35 could be commercially available within 12 months after a few flight trials this year.

Solar airplane Mission SolarStratos — to the edge of space

The high-altitude space for electric airplanes is becoming crowded. Another early pioneer solar airplane is the Mission SolarStratos that aims to deliver a solar plane to the edge of space. Located in Switzerland, the SolarStratos project is the first commercial manned two-seater solar plane to fly to the stratosphere to date. Calin Gologan from Elektra-Solar GmbH, a technical partner of SolarStratos, designed the solar plane. It has a wingspan of 24 meters (78′ and 76″) with a weight of 450 kilos (992 lb). 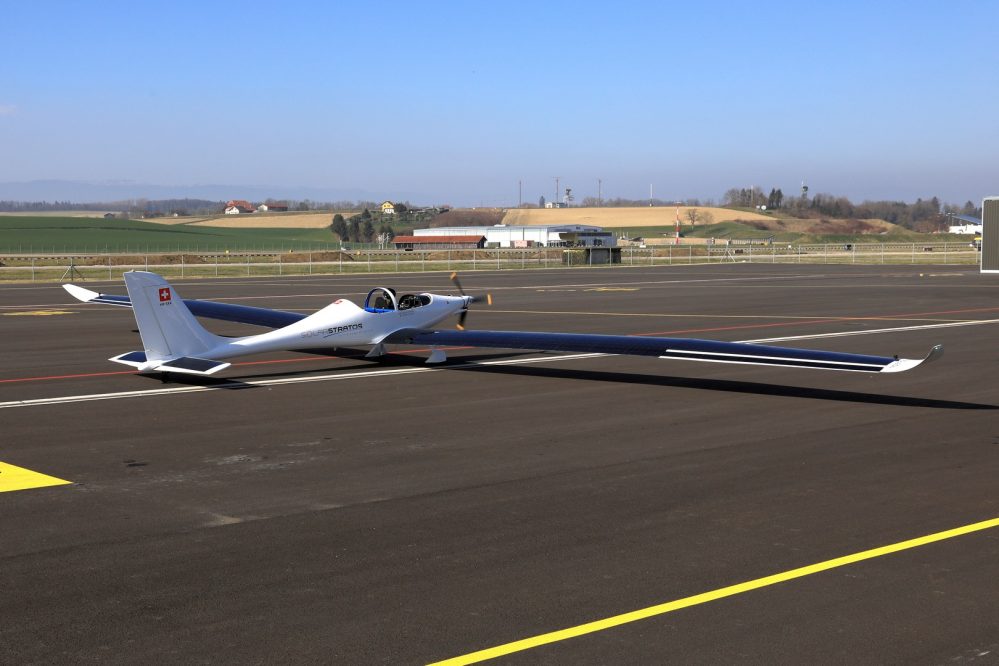 The SolarStratos (pictured above) will conduct test flights this year. Test pilot Raphaël Domjan, who is the Initiator of the project, will fly the solar plane for the first time. The next flights will have two people in the airplane. The first test flights will aim for a 10,000 meter (32,800 ft) altitude.

SolarStratos worked with their scientific partners at the Swiss Centre for Electronics and Microtechnology to embed the wings with PV cells to make the wings more resistant.

Electric aviation is taking off, with electric fixed wings starting to be used next year, followed by electric vertical takeoff and landing (eVTOL) and solar-powered planes ushering in new and cleaner ways to travel through the air. 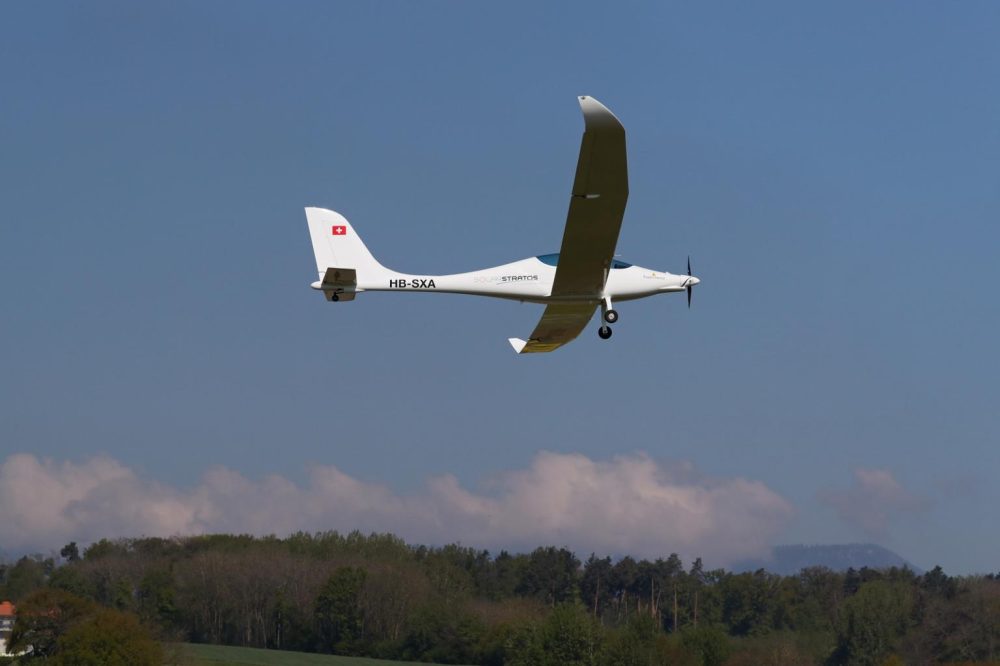 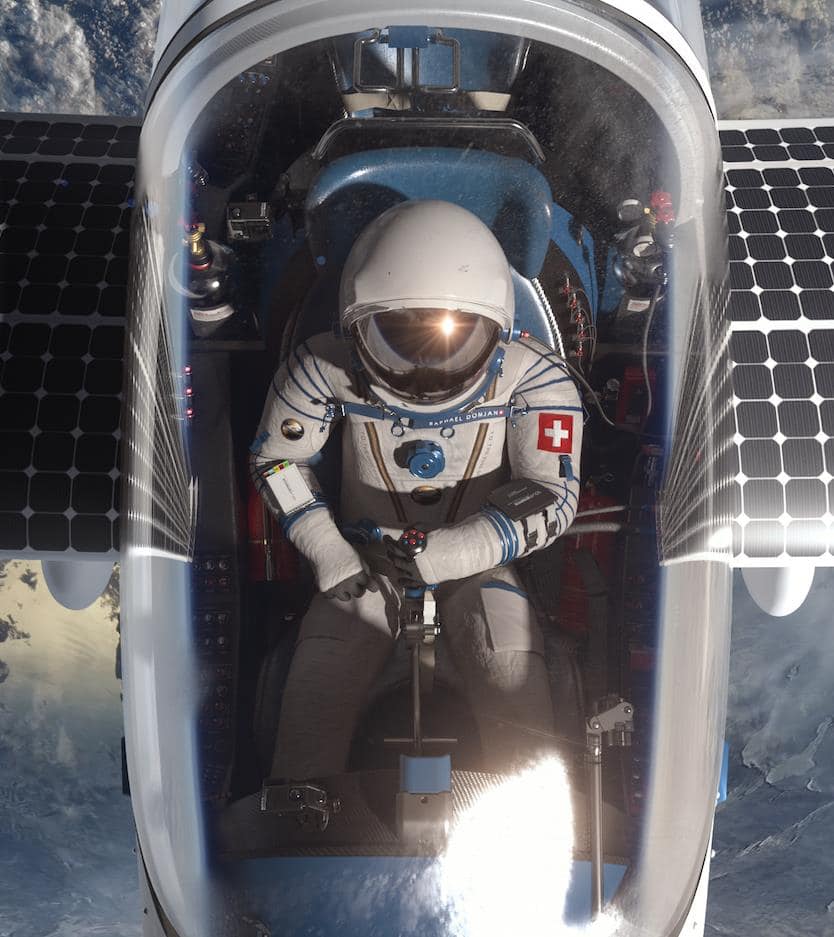 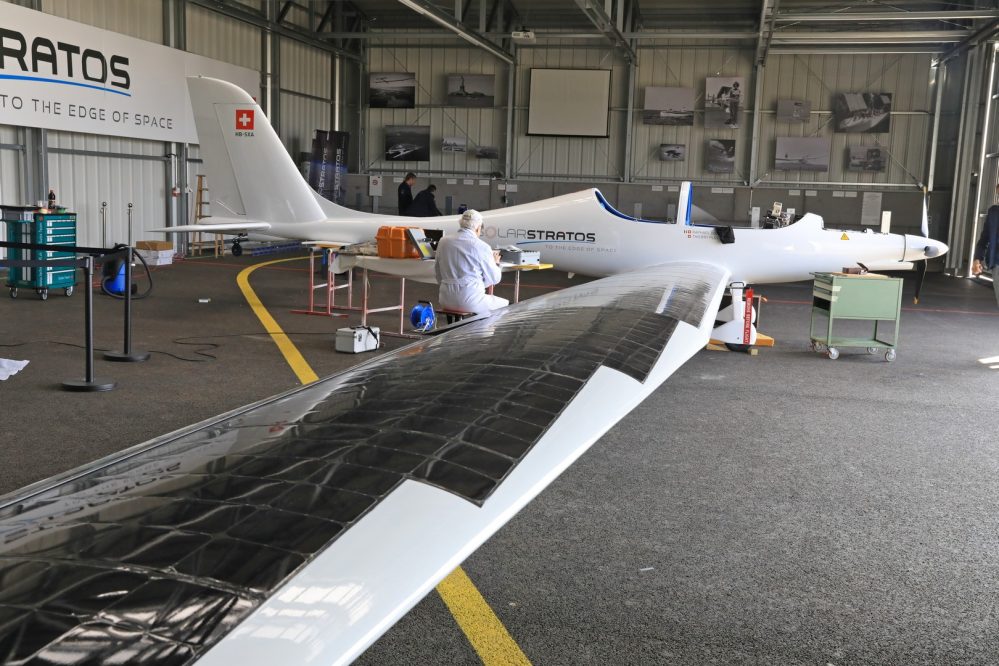