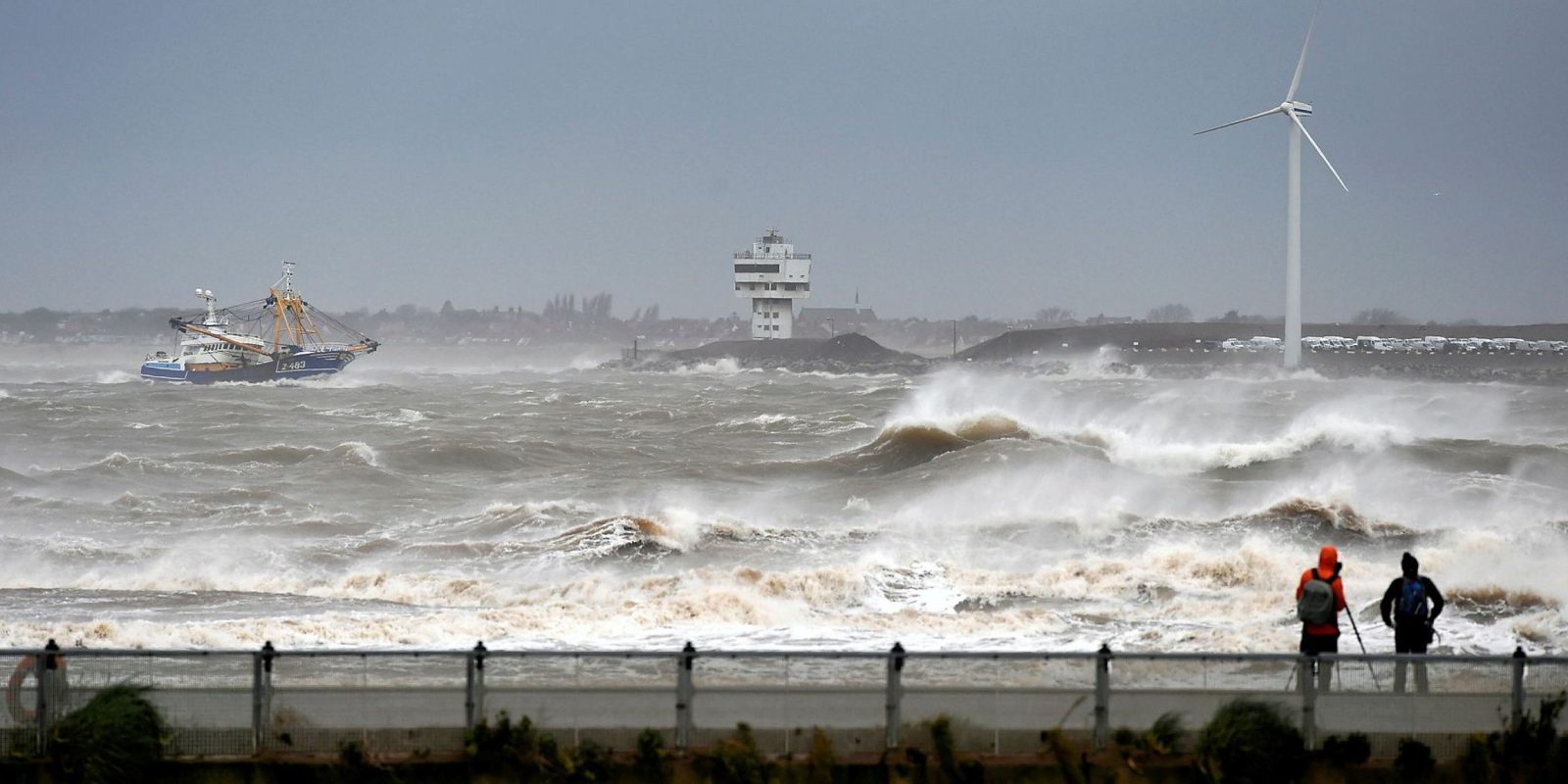 On February 7, Electrek reported that a big storm named Ciara was headed toward Britain, and it would then travel to other countries in Northern Europe. The storm caused flooding, power outages, downed trees, damage to houses, and travel disruption. It also broke wind power records.

The Institute for Energy Economics and Financial Analysis (IEEFA) reports that the Britain set a new daily record for wind energy, topping 44% of the country’s electricity consumption. This was greater than nuclear and gas combined.

And at one point during the stormy weekend, in the early hours of Saturday February 8, wind electricity supply hit 56%.

The UK has 13.57GW of onshore wind installed, and a world-leading 8.4GW offshore fleet.

The two are currently on very different trajectories, with onshore installations plunging as a result of adverse government policies, while offshore is booming after being included as a key part of the national industrial strategy.

For perspective, wind energy provided about 19% of Britain’s electricity in 2019, a third consecutive annual record.

The UK got punched again by Storm Dennis less than a week after Ciara, so expect more record wind power figures.

Solar for school in Illinois

The Big Hollow District 38 campus in Ingleside, Illinois, which is made up of an elementary, middle, and high school, now has enough energy to cover about 85% of the district’s power needs and save about $90,000 a year, according to the suburban Chicago paper the Daily Herald. The system will go live next month.

Why? Because a group of fourth-graders completed a writing and science project on why solar power would be beneficial to the school, and they presented it to the school board. Initially skeptical and thinking solar would be too expensive, Superintendent Bob Gold looked into the possibility of solar again, and got a pleasant surprise.

I had put it away. They forced me to continue to look into it.

Tax credits and other incentives will cover about 75% of the costs for project investors, and a 25-year power purchase agreement will cover the other 25%.

Those fourth graders are now in seventh grade, and they are delighted that their persistence has paid off. Student Meghan Klipstein said:

It’s crazy. I didn’t expect that much to happen. Now that we actually have them, it’s mind blowing.

Costa Rica’s energy is made up of 99% of renewable sources. And the Central American country aims to be 100% carbon neutral by 2021 — much sooner than most other countries.

Costa Rican president President Carlos Alvarado Quesada details the progress Costa Rica has made in the World Economic Forum video below, and what they intend to do next to keep reducing emissions and cleaning up their environment.

One area of room for improvement: plastics consumption and disposal. Costa Rica generates “400 tons of plastic waste per day — much of which goes to rivers and seas,” according to the Tico Times. The country passed a law in November that only banned plastic straws. The law ended the purchase of single-use plastics throughout the public sector and avoids delivering bags to final consumers unless they are biodegradable or have 50% recycled material. It was referred to by environmental groups as “watered down” because it doesn’t ban single-use plastics entirely.

Why the weak law? The plastics sector employs 14,000 people in Costa Rica, a country with a population of 4.9 million.

Angelina, an American and 12-year resident of Costa Rica who recently returned to the US, told me yesterday that plastic litter — and plastic burning — in Costa Rica is a pervasive problem. So while Costa Rica is to be applauded and emulated for its green energy initiatives — as of this month, the country had 300 days of using only green energy — they’ll have to get more aggressive with reducing plastic litter and production.