Tesla owns more than half the US market, keeps electric car sales growing

Tesla is keeping the US electric car market alive and growing as new data shows that the California-based automaker owns about 60% of the US market.

That’s especially true in the US and it becomes clear why when you look at the market share for all-electric vehicles.

At the BloombergNEF summit in San Francisco today, BNEF’s Colin Mckerracher gave an interesting presentation about the state of the electric revolution in the auto industry.

He called the current stage of electrification the “the end of the beginning”.

The analyst sees the market maturing and expanding, especially in Europe and China.

However, in the US, he sees the market losing strength if it wasn’t for Tesla, which he believes owns about 60% of the US electric car market: 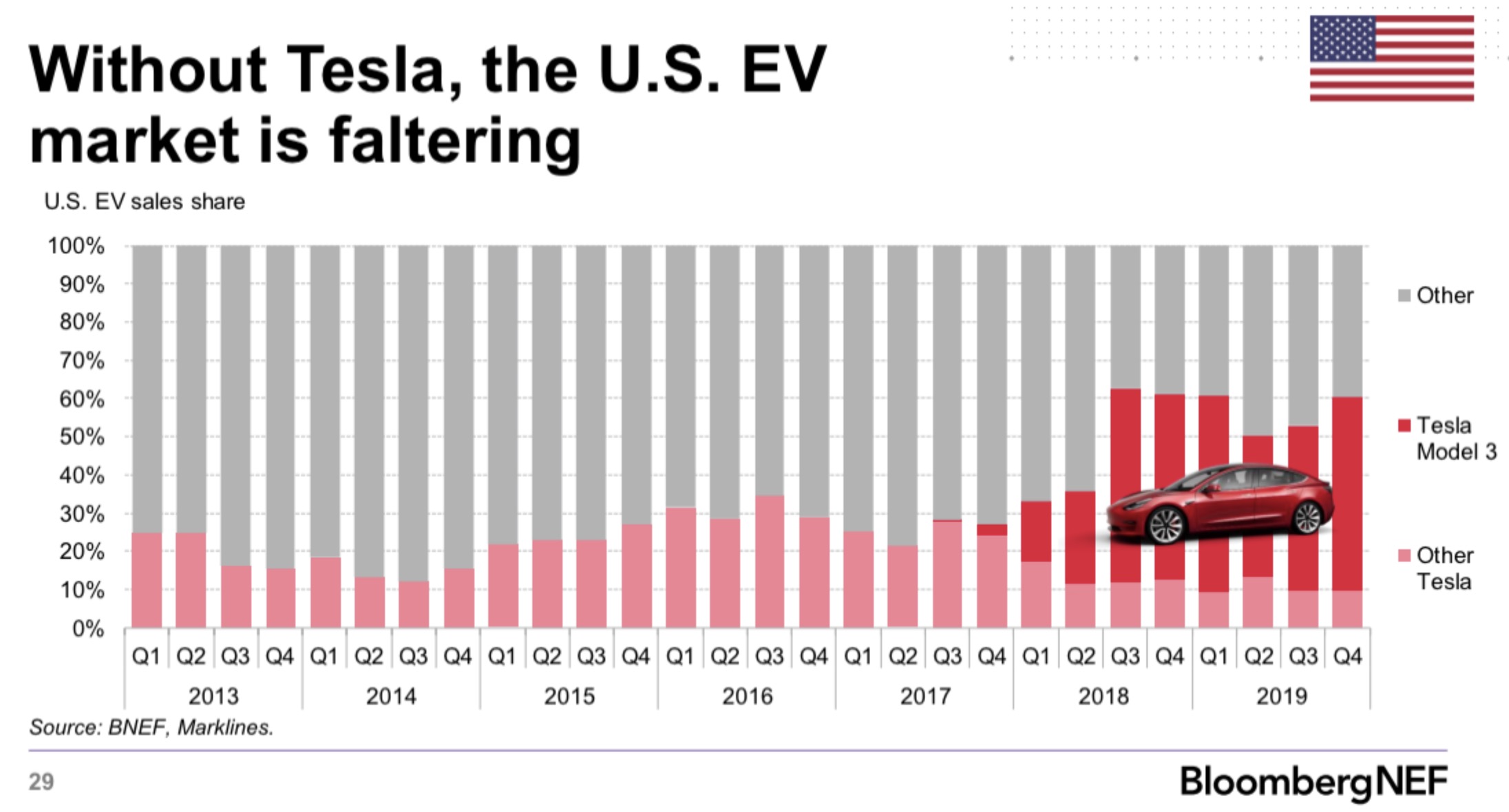 According to BNEF data, the Model 3 alone is responsible for about half of the US EV market.

To be fair, the rest of the market is still expanding without Tesla, thanks to a few new EVs hitting the market, but the pace would be much less impressive without Tesla’s vehicles.

If you are asking why we mostly report on Tesla. This is why. They are the biggest part of the US EV market, which is also our main market.

Of course, we cover other automakers and other markets, but Tesla is the most active player in the EV field by a long shot here.

Fortunately, I think it’s going to change. Not that I don’t like Tesla, but more competition is good for the broader market.

With Tesla buyers not having access to the federal tax credit anymore and new electric cars hitting the market, I think Tesla will lose a few points on that chart.

The problem right now is that other automakers are letting Tesla run away with the US EV market because they are too focused on the regulatory landscape instead of long term consumer demand for electric vehicles.

They don’t see the US as a priority since regulators in Europe and China are forcing them to deliver EVs.

In the meantime, Tesla is not only accumulating market share in the US, its home market, but also brand awareness and mindshare.