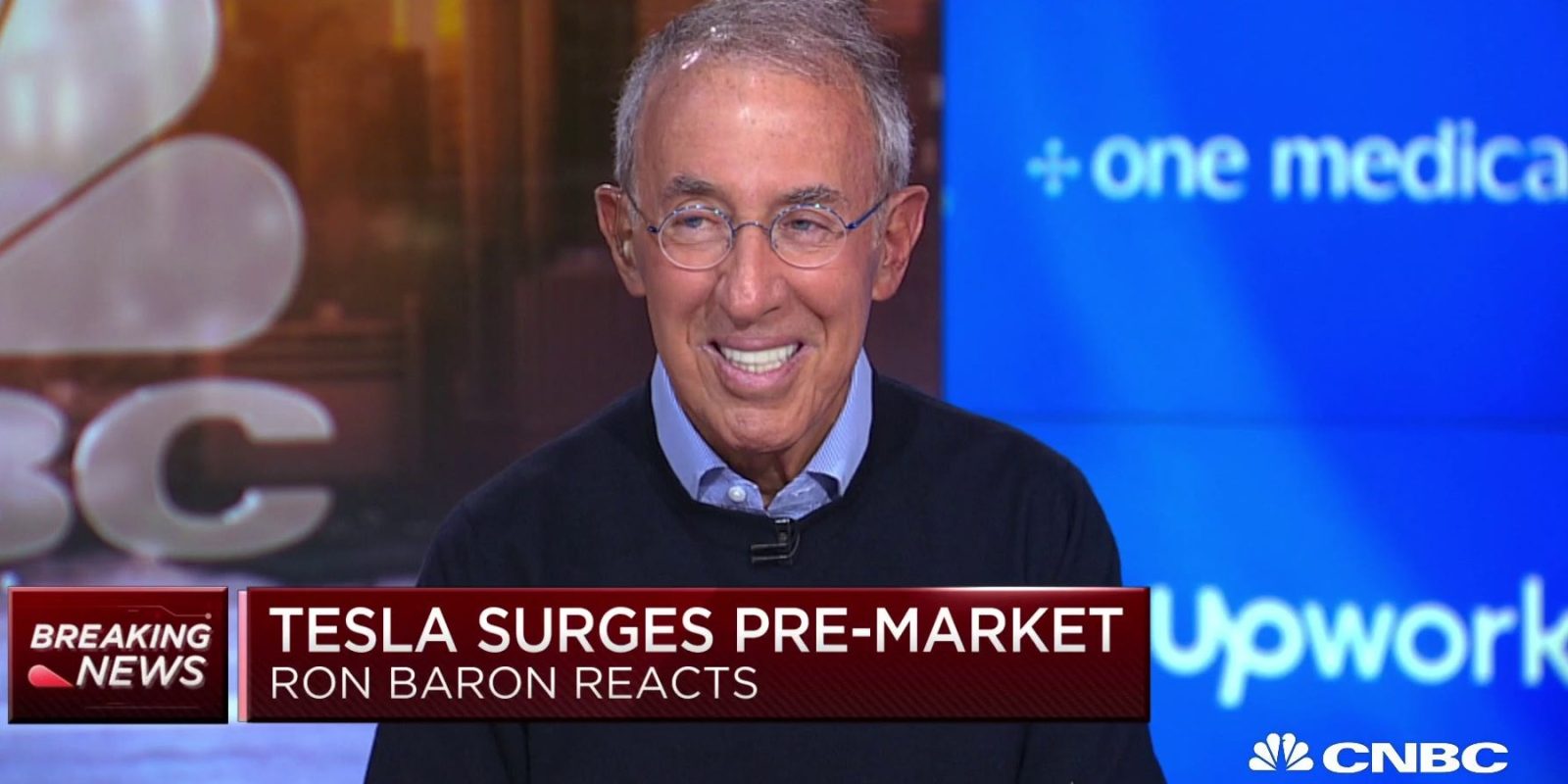 Investor Ron Baron is chairman and CEO of Baron Capital, which holds nearly 1.63 million Tesla shares. This morning, he discussed why Tesla’s stocks are doing so well on CNBC’s Squawk Box.

Tesla reported revenue last week of $24.6 billion in 2019. As my Electrek colleague Fred Lambert pointed out, Tesla’s (TSLA) stock jumped again in pre-market trading this morning to $900 a share.

Host Rebecca Quick asked Baron this morning, “What have you thought, as you’ve watched the stock go up 80%?” Baron replied:

Well, you gotta remember that 2014, when we were buying our stock, we bought [1.6 million] shares at a price of $214. And as you know, since I’ve been on this show several times since, the stock went between $350 and $180 and $250, so it’s all over. And that period of time was when this company wasn’t profitable, was expanding rapidly, was being criticized by short sellers, it was very difficult for them to get started because dealers would try to prevent them from selling cars in individual states.

And so what we’re talking about is a business that right now, demand is overwhelming for the product that they’re selling and they’re constrained as far as making as many cars as they could sell because they don’t have enough batteries.

So now, it’s a nice move, an announcement today that Panasonic is making money in the plant they have in Reno, but they need to have more batteries. So they’re going to have a battery day in a few months. [Tesla will] have all the analysts coming out and they’re going to show how they’re addressing the issue of where are these batteries gonna come from to make all these cars that are possible to make.

You can watch the interview with Baron below:

Baron’s take follows CNBC’s Jim Cramer’s assessment of Chevon’s and Exxon’s declines on Friday that “I’m done with fossil fuels… this is the other side of Tesla.”

Baron also said, “Whether Elon Musk is successful or not, I am really glad that I have invested in this company because I’m helping — this guy is saving the earth. Brilliant guy, great businessman, and saving the planet.”

This reinforces that it isn’t just money anymore that’s driving the stock market, as Cramer pointed out that fossil fuel companies’ dividends are great. But it’s simply not enough. He called fossil fuels the new tobacco.

Tesla is a great product, and it’s good for the planet. And Baron didn’t even address Musk’s plans to rapidly develop Tesla’s solar industry, so there’s even more potential for growth.